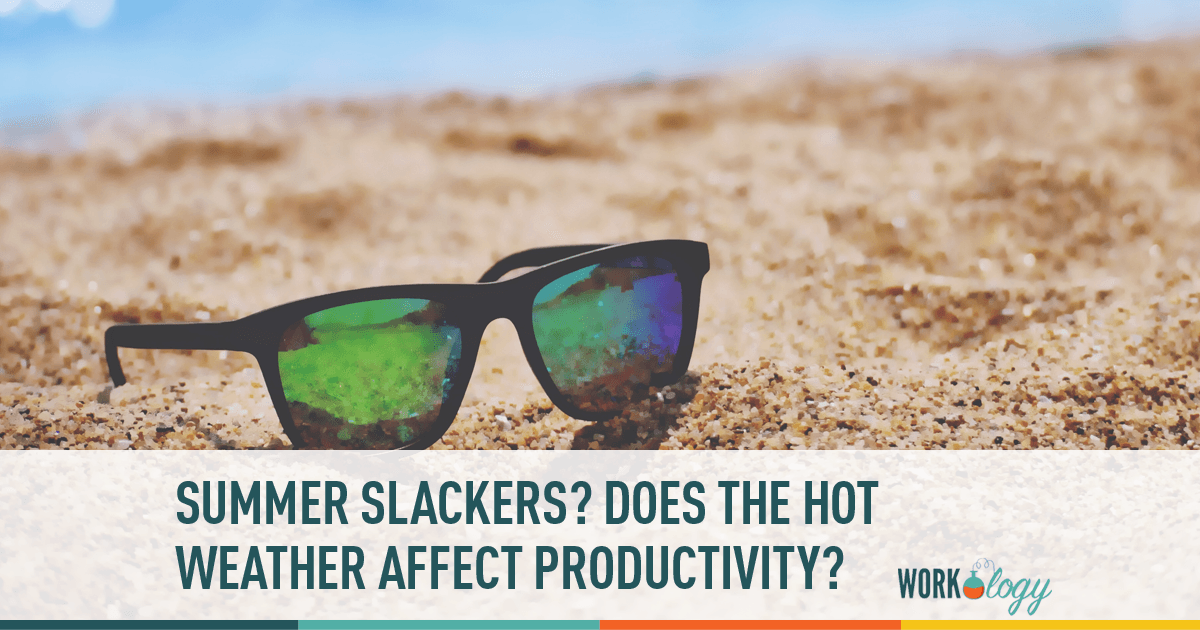 As the mercury rises, there are a number of impacts on office staff. Whether it be disputes over climate controls or laxity of lunch hours, the summer sun can adversely affect staff’s working environment and mentality.

A survey conducted by One Poll on behalf of air conditioning and heating specialists Andrews Sykes Hire, has revealed how hot conditions affect productivity in the workplace. The study, which questioned 2,000 office staff on their summer working habits, found that 30% of workers exceed their designated lunch breaks by nearly 13 minutes during the summer. Thirteen minutes a day adds up to more than an hour wasted per week or 4.3 over the course of a month.

Working attire, too, could present productivity problems, with more than half of respondents restricted to formal work wear feeling uncomfortable in the summer heat. Conversely, 56% of those whose dress code was relaxed reported being more comfortable.

The impact of fair weather is palpable for office workers, those with a rigid, formal dress code are the least likely to work overtime during the summer (3%), as opposed to 16% of those with casual dress codes willing to stay back after hours.

Whether it’s the provision of effective temperature control systems, a dress code change, as already called for by the Trades Union Congress, or a crackdown on lunchtime laxity, summer adaptations to office regimes seem likely to deliver improvements in staff morale and efficiency.