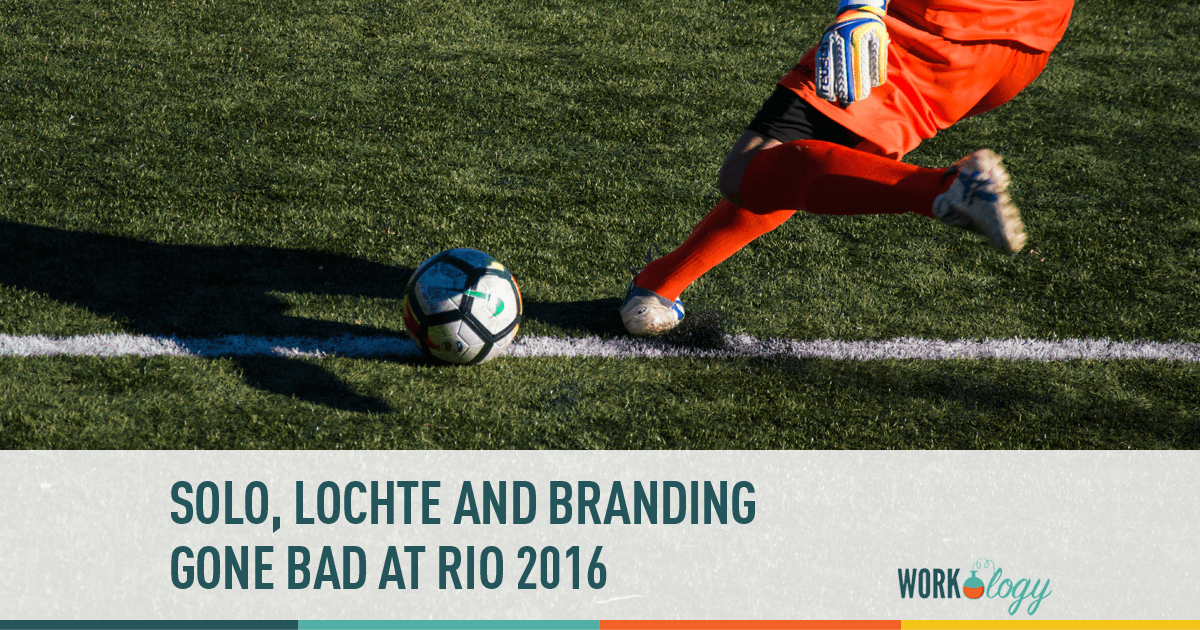 Hope Solo has been suspended from US soccer for six months and her contract with the national team dumped in response to her comment that the Swedish Olympic soccer team, who knocked them out of the tournament, were “a bunch of cowards.” USWNT Players Association executive director Rich Nichols told USA Today that “she was fired for making comments that no man would have been fired for making. It’s a draconian penalty.” Both Nichols and Solo vowed to fight the decision.

Before her comments about the Swedish team, Solo had already offended fans in the Olympic host country of Brazil by posing for photos in mosquito gear. The fans responded by “ taunt[ing her] with cries of “Zika” at every goal kick.”

It’s been, as the Guardian put it, an interesting Olympics. Not just for Solo but also for her teammate Ryan Lochte, who was caught out lying about an altercation in a Rio convenience store, and subsequently fled the country before he could be further questioned by his police. Lochte left behind two teammates who were hit with fines and endured in person the bad PR that Lochte hoped to avoid by returning home early.

But like Solo, Lochte didn’t avoid financial penalties. This week Speedo, Polo Ralph Lauren, Gentle Hair Removal and Airweave, all dumped the swimmer. In their statement Speedo said that “While we have enjoyed a winning relationship with Ryan for over a decade and he has been an important member of the Speedo team, we cannot condone behavior that is counter to the values this brand has long stood for.”

Today the swimmer announced that he would be joining the cast of Dancing with the Stars and is very sorry for his behaviour at the Olympics. But reality TV money is unlikely to make up for losing big major sponsors and even bigger hit his personal brand took.

From Personal Brand to Team

Although members of the US Olympic team have been fairly tight-lipped about their teammates’ less than stellar personal performances, many athletes have made a point of thanking Rio and Brazil for their hospitality and congratulating their competitors, some even commenting about the importance of the Olympic spirit, which calls for congenial, apolitical, international competition. On Instagram, Michael Phelps saluted Rio for its “beauty and friendliness.”

As nice as it is to be home, I already miss the beauty of Rio and the friendliness of its people. Thank you Rio for hosting the Games and for making us feel so welcomed!!!! #rio2016 #amazingolympics #gettysport

Phelps doesn’t have an umblemished public record (he’s had two DUIs, one in 2004 and one in 2014), but he has a better record when it comes to showing grace to his hosts — something most of the rest of the US Olympic team shares — and the sense to know that his public life, on social media, in the press and on official visits, is all a part of the gig. That is, being a professional athlete means being good at the game and being on good behaviour, as often as possible, but in public especially.

Professional athletes struggling with being professional in public isn’t exactly new, but the consequences of Solo and Lochte behaving poorly on an international stage, at a competition where international cooperation and exchange is fundamental to its purpose, go beyond just their personal brands. Certainly Lochte and Solo, both incredible athletes, will work hard to get back on top of their sports and to rehabilitate their brands, but their actions are, well, an embarrassment to the US Olympic team as whole.

As cynical as I am about the Olympics (doping scandals, corruption scandals — the list goes on), I also recognize their significance to national pride and to international reputation. There’s a reason countries spend so much money on sending the biggest teams they can afford, and crow so loudly over every medal won and record broken. The Olympics are in international exercise in competitive branding and how the athletes perform when they aren’t competing is just as important as when they are — they both represent their own personal hopes and dreams, and carry those of their home nation with them.

It’s all too much like a business trip gone bad, where your star salesperson tanks their own career and damages the company brand. And I can’t help but happy I’m not the USOC brand manager, or whatever hapless bureaucrat is in charge of convincing the team’s star athletes to be good. Olympic HR? I don’t envy them.