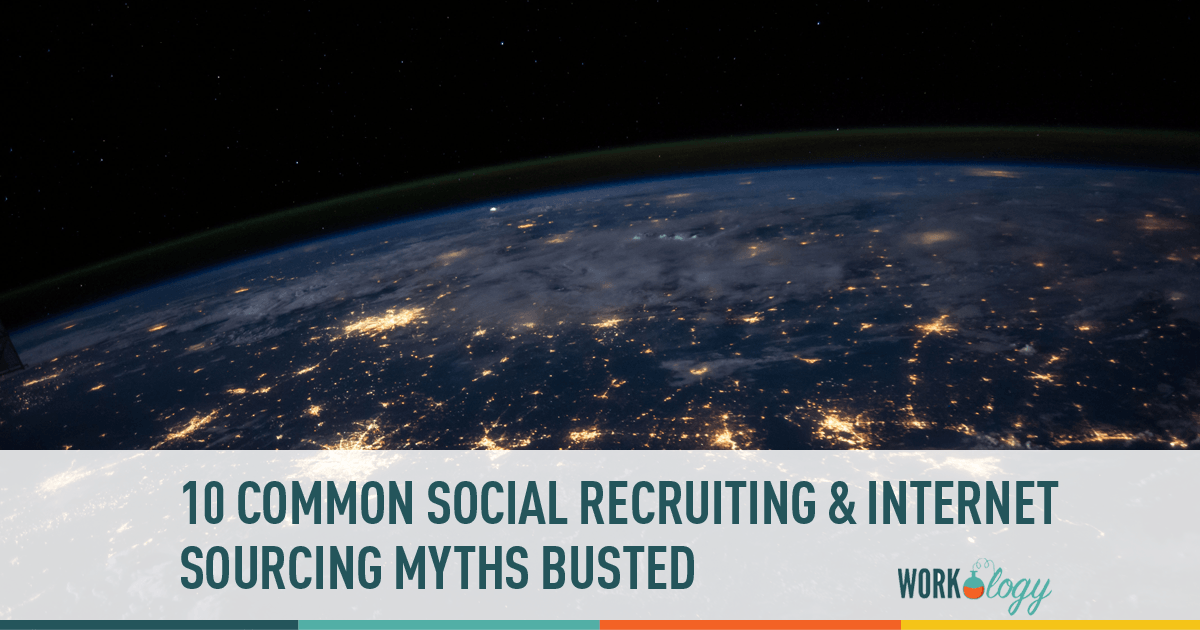 As a former dark horse of the recruiting world (I think we’re past those days though, right?), social recruiting  and internet sourcing have had plenty of time to accumulate some big, big, myths. Myths some staffing leaders and recruiting managers have held onto because, well, it’s just kind of hard to keep up to date on whats really going on with social recruiting and sourcing.

In my experience these myths create a life of their own and are furthered due to lack of recent knowledge, experience, and education.  Often times these same leaders who perpetuate these myths forget that with the Internet we are in the business of finding and driving people.  And that these people and candidates we are actively sourcing and recruiting don’t use the online and resources and tools in the same way that they are accustomed.

What other common social recruiting and hiring myths did I miss?  What type of resistance have you encountered when talking abou the benefits of internet recruiting and sourcing?  Feel free to share your favorites below.