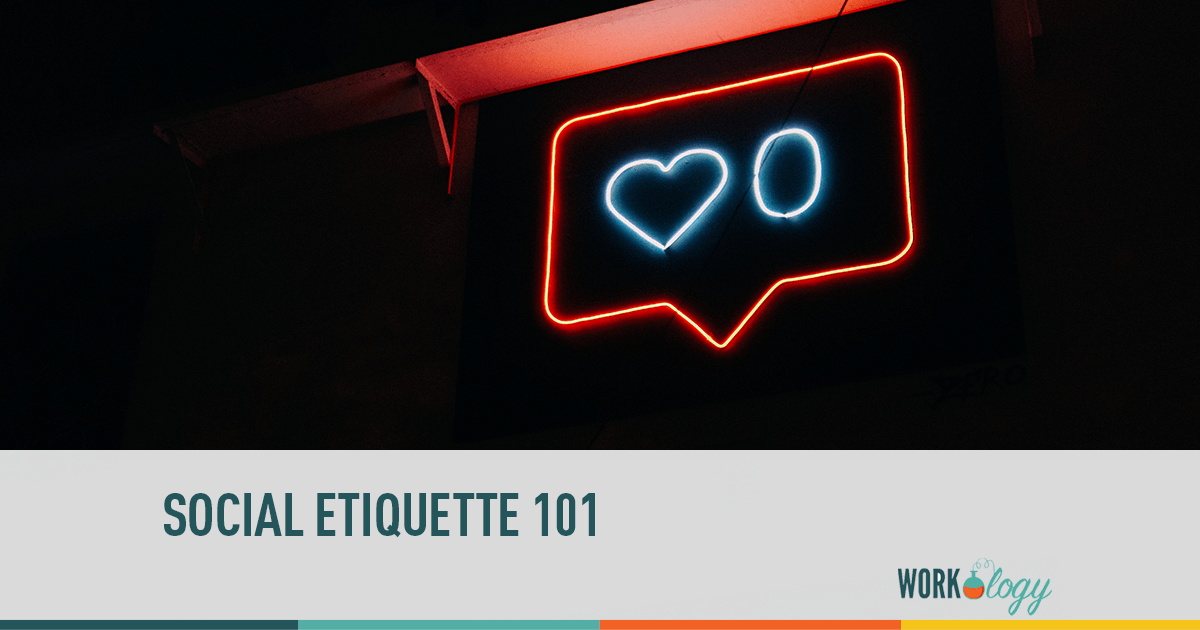 I tweet. You tweet. We all tweet! The use of Social Media has exploded over the past decade and is on the verge of being apart of everyday life. Twitter & Facebook are by far the two most popular forms of social media when it comes to marketing yourself and/or your business. These two forms of communications have dominated social interaction on a global basis both online and offline. Conventions have been centered on the use of social media; corporations have entire departments and multiple accounts focused on their corporate ideology.

Where’s the etiquette? In eating, speaking, and almost every other interaction with people there is an unspoken code of etiquette.  Since Facebook boomed and Twitter grew there have been few guidelines that govern the way people interact on these sites. You’ve heard the topics of etiquette that relate to the job search, but for daily interaction with people and potential customers is there an unwritten rule? I don’t claim to have all the answers and most people will have varying opinions about the Do’s and Don’ts of Twitter & Facebook.

2. Turn off Auto-DM on Twitter: It’s impersonal. Twitter is all about making a personal connection. I don’t care what your message says and usually I will usually un-follow someone if they send me an auto-DM. It’s the same as spam email.

3. Use Twitter for it’s original use: Don’t use Twitter programs that allow you to write more than 140 characters. That’s the entire point of Twitter short and to the point conversations or comments. If you want to write a paragraph send an email.

Why all the talk about etiquette? This Wednesday at 9pm EST #genychat will be talking about Social Media Etiquette. This week we will have a very special guest host, CareySue Vega (@Etiquette101). CareySue Vega is an award-winning expert in business professionalism and social etiquette and you can check out her website CareySueVega.com for more details. Join us this week for an exciting discussion about Social Media etiquette! Invite your friends!

Blake McCammon, is an intern at Xceptional HR. Connect with Blake on LinkedIn, Twitter, and Facebook.  Blake is a recent grad of Northeastern State University with a degree in Business Administration.  During school he created and managed his university’s social media strategy. He is currently the co-moderator for the Twitter chat, #genychat which takes place every Wednesday at 9pm EST.