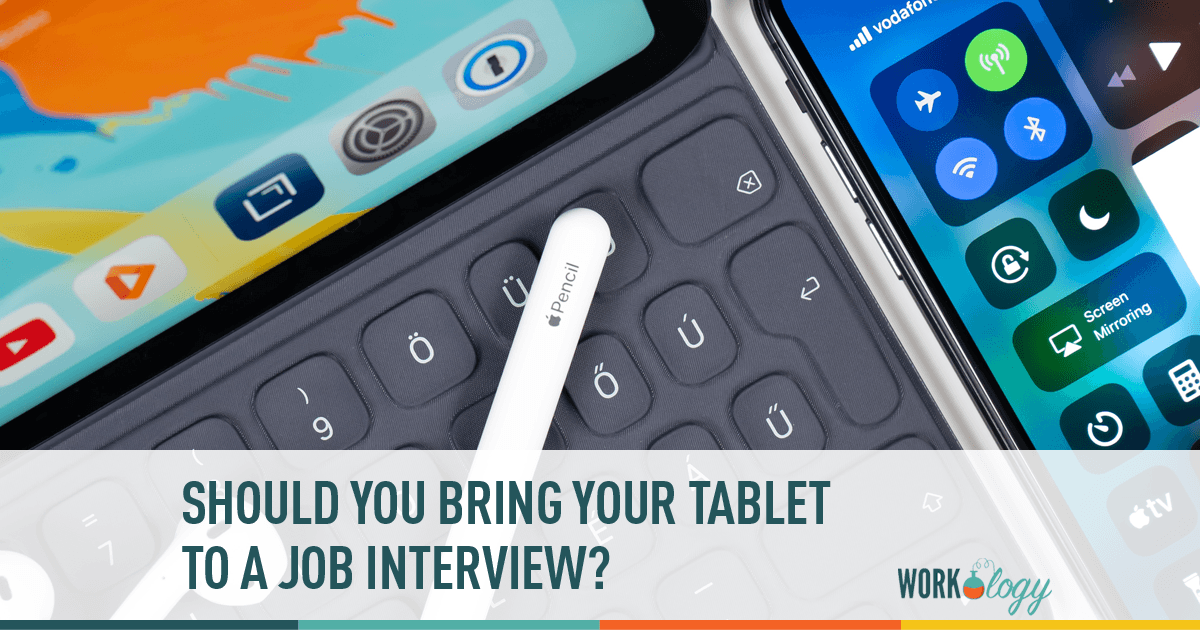 Technology moves fast, and nowadays it’s almost impossible not to see tablets everywhere you go. So much so, it’s hard to believe it’s only been three years since the iPad made its debut.

So should you bring your tablet with you to your next job interview?

Tablets are everywhere, so why not bring one to your job interview? There are some great apps that will allow you to record the conversation for future reference, and you can take notes right there. Instead of an old legal pad, try your tablet.

Showing up with your tablet may also convey the message that you embrace technology and that you are up to date with all the latest business gadgets.

While these sound like great reasons to bring your tablet to a job interview, the downside might be far worse.

Even if you think it’s a good idea to bring your tablet along to a job interview, that doesn’t necessarily mean the interviewer sees it the same way. Some may consider it bad manners to not pay attention to what they are saying (or to appear to not be paying attention).

According to etiquette expert Diane Gottsman, you might be treading on thin ice. “I have spoken with many hiring managers and recruiters that say they’re not positively affected by an applicant that comes in and opens their laptop to start taking notes,” she says.

If you’re thinking that maybe a smaller tablet night fare better, Gottsman suggests leaving either device at home. Some things never change, and giving your potential future boss your undivided attention is just a matter of good manners.

The distraction caused from paying attention to your tablet, and not the interviewer, may make the difference between landing that job or not. This can create a physical barrier and makes it hard to maintain eye contact.

All is not lost

But this does not mean your tablet has to be left out of the process entirely. As a prop, a tablet can serve you well. Again, it shows you are into new technologies. Walk in to the interview with it, but set it down from the very beginning. Quite simply, just use it as an adornment.

But be careful not to slip. Just like you wouldn’t want your cell phone going off, don’t find your eyes wandering over to it.

What do you think? Is bringing a tablet into an interview a good thing, or could it kill your chances of landing that job?

Phil Loyd has been writing professionally for over thirty years now. He specializes in financial articles as well as general marketing content, and writes for a variety of business including BillFloat. Be sure to check out his profile at LinkedIn.