Should Sociometry Be the Science of HR? 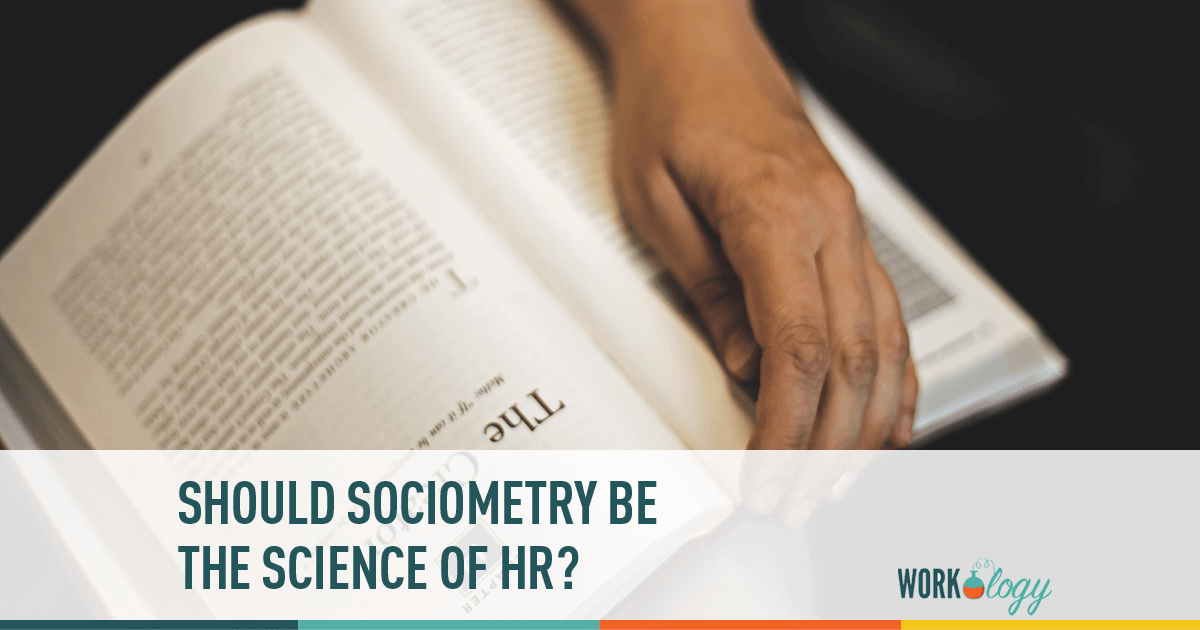 How many of you HR readers have heard of Sociometry? How many of you can define it? I will be honest I had heard the term but I would not have been able to tell you what it was. Then I came across a blog post by John Wenger asking the question “What is Sociometry?” Never one to deny myself some increased knowledge I opened up the article. What I learned made me think that Sociometry should be the science of Human Resources.

A history and definition

Sociometry was developed by psychotherapist Jacob L. Moreno in his studies of the relationship between social structures and psychological well-being. Sounds pretty much like many HR efforts today. Moreno defined Sociometry as “the inquiry into the evolution and organization of groups and the position of individuals within them.” Wenger, who has based his company on Moreno’s teaching and thinking, says “He went on to describe it as ‘the …science of group organization – it attacks the problem not from the outer structure of the group, the group surface, but from the inner structure. Sociometric explorations reveal the hidden structures that give a group its form: the alliances, the subgroups, the hidden beliefs, the forbidden agendas, the ideological agreements, the ‘stars’ of the show.’” For Wenger Sociometry is all about spontaneity and creativity. He says it is something that a group discovers rather than something that is done to a group.

Wenger feels it is about groups discovering what they are. He tells a story about an office that had everyone participate in designing the office space and layout. It suited their needs and cost 20% less than traditional office space. It worked so well that the corporate office saw this as the office of the future and replicated it in other parts of the company only to see it fail. The reason? It was not something the people in the office created, it was something that was “done to them.”

This happens all the time in businesses and especially with Human Resources. We apply things to people and groups. That is the way that work gets assigned. That is the way people are rewarded. Perhaps we should rethink these things in terms of Sociometry.

Here is group exercise suggested by Wenger that will help a group discover something about each other. It is easy. Put a piece of tape on the floor designating a number of years that someone might have been with the company, from one to twenty. Then have people go stand on the spot that represents the amount of time they had been with the company. This will give you a visual representation of how long people have been around. It might open some eyes. Simple to do but might be powerful in meaning. Another simple exercise that starts to get at something like this is a suggestion of Robin Schooling about lunch. Check it out.

I think that HR professionals should pay a bit more attention to Sociometry and its application to the workplace and the field of HR. I plan on learning more.