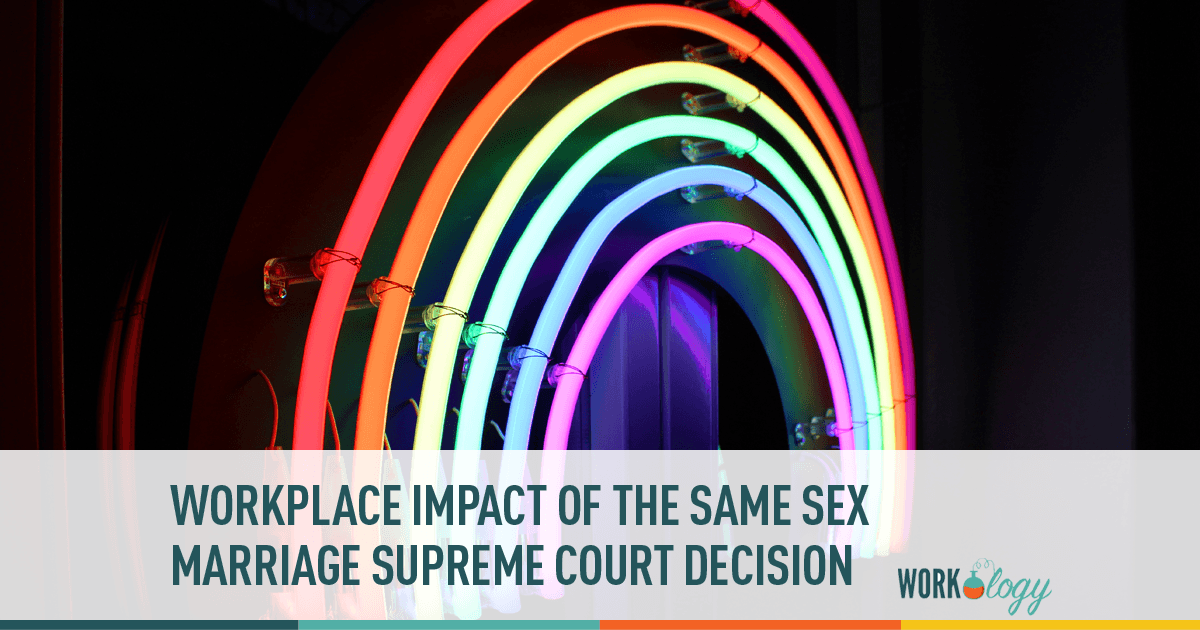 Way back in cold, wintery January, I wrote about the Supreme Court taking on the issue of same-sex marriage, where I predicted that the Court, by a 5-4 margin, would hold that same-sex couples cannot be treated differently than opposite-sex couples, under the 14th Amendment, when it comes to marriage.

Once again, it looks like I need to figure out how to make some money off of these predictions, because on June 26th, the Supreme Court announced its decision finding a constitutional right for all couples, same-sex and opposite-sex, to marry. Justice Kennedy’s decision, if you haven’t already read it or any excerpts, is worth a read simply for his thoughts on marriage.

A great deal has been written on whether the decision was correct, in keeping with constitutional law or is immoral. I’m not going to waste your time with my opinions. And if you’re really all that curious, a quick read of my past posts should make it clear where I land on things.

You’re really here to find out how the Supreme Court’s decision will affect the workplace. Let’s take a look…

The FMLA allows employees to take time off work to care for the serious health condition of a spouse. And for the majority of the FMLA’s implementation, it has only applied to opposite-sex married couples. Then the Windsor decision, striking down the Defense of Marriage Act, and the various federal district court decisions on marriage threw things into chaos. Then the federal government stepped in to “help” which only confused things further.

Now, however, the Supreme Court’s decision clarifies the question across all 50 states. You must offer the same FMLA leave benefits to same-sex couples as you previously did for opposite-sex couples.

Employers offer health insurance and other benefits to employees, which they may elect to share with their spouse and dependents. Similar to the FMLA implementation, traditionally insurance benefits were only available to opposite-sex couples. In recent years, more and more companies were electing to provide benefits to same-sex partners, but they were not legally required to do so.

With the Supreme Court’s ruling, that all changes. If your business is offering benefits to a spouse, you must offer them to any spouse regardless of the couple’s orientation. Again, you need to update your handbook and policies, as well as communicate the change to your employees.

The Winds of Change

Anyone can see the country’s viewpoint on sexual orientation has changed significantly in the last few years. The federal government’s executive orders combined with the federal district court cases holding the various state laws banning same-sex marriage unconstitutional signalled the significance of the shifting winds. And now, with the Supreme Court’s decision, another step has been taken. The next (and inevitable) step is equal protection in the workplace.