How to Really Handle Rumors in the Workplace 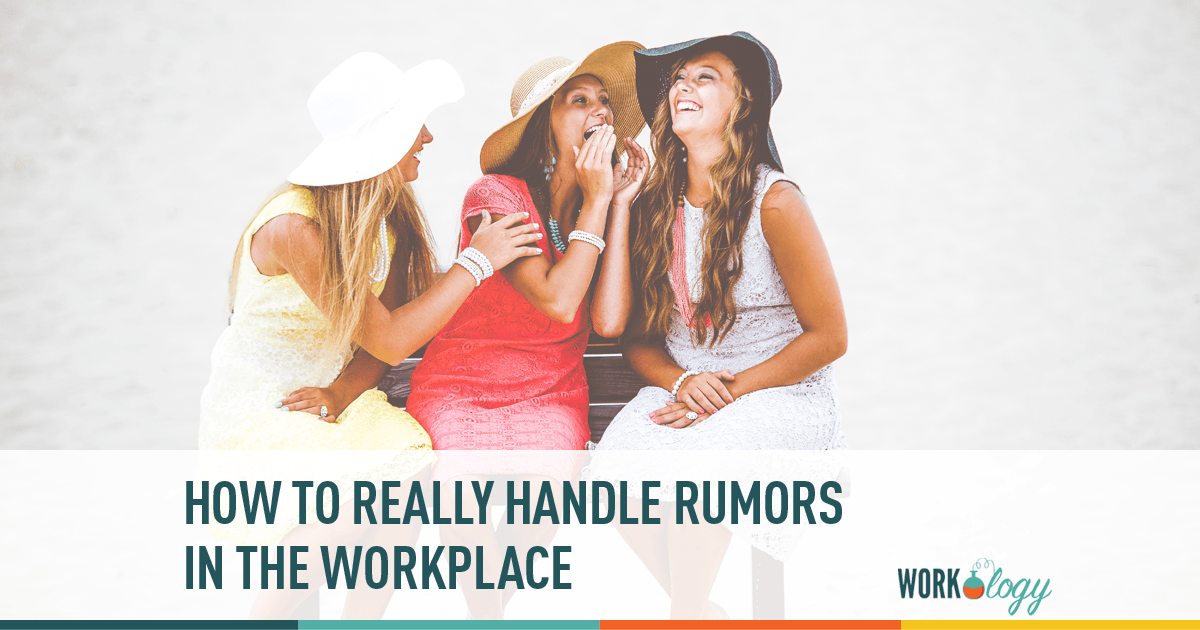 Long ago – in a faraway land – – the best source of information about the company where you worked was the water cooler. In a few offices today they still have water coolers, but that’s not where you get the latest “scoop” on what’s really happening.

Information runs rumors in the workplace

If you work for a publicly traded company, carefully follow the stock, do not put all your investments in company stock and pay attention to what people are saying in the break rooms, lunch rooms, gyms and group emails. One warning sign of impending change is rapid growth thru acquisition coupled with less innovation, new product roll-out, etc. The company is being positioned for sale and you should be actively involved in networking, maintaining recruiter relationships and spending time on LinkedIn Groups. The latter you do from the comfort of your home, while sitting in your favorite chair.

No matter what department you work in, get to know someone in HR and Finance. They will have current information on the health of the company – the only ones who know more are the C-Suite guys/gals and they’re usually not talking to others about key issues facing the company that could have a negative impact on employment, profitability, etc. True, there are young companies who value transparency, but many professionals still work for a company somewhere between traditional and new.

Family owned businesses are especially unique. In the first two generations of growth, the family is usually highly involved – – sometimes to an annoying degree. Occasionally a family-owned business defies the odds and is viable for generations; however, by the third generation there will usually be warning signs the family would like to sell and get on with their lives. Working for a family-owned company can be fun – just watch for certain signs i.e. the owner, the officers (family members) are not on-site or as actively involved as they once were; traditions start to significantly change (no monthly birthday celebration, Christmas party/gift-giving/bonus; and that hard-to-define feeling of unease). Pay attention – things are going to change and your job may suddenly be irrelevant.

3 Ways to squash the rumors

Pay attention to the rumors and fix them with these 3 simple rules:

Don’t confuse integrity with being defensive

When you’re confronted with the rumor mill at work don’t get defensive. Silence is never the answer. Be prepared to confront the rumor by saying things like “I don’t believe that it’s true” or “This is completely unfounded” Be strong, don’t back down.

When you see things that could lead to a rumor squash it instantly. The only way life is given to a rumor is when you keep talking about it. Find the source of the rumor and exterminate it. Don’t let others suffer because you’re not willing to kill something like that early on.

If they have based it on something you told them and blown it out of all proportion then you should avoid talking to them about private affairs in future but remain civil with them, as conflict with them will cause the rumor to spread further. In today’s competitive, fast-paced, ever changing business profile – rumors can help you be prepared to nimbly move to a new company, new opportunity.

The biggest challenge will be if you don’t like change. Sorry – – it’s here to stay.

Kay Stout is an experienced career consultant. Her insight and business knowledge provide a strong base to help clients reach their career goals.