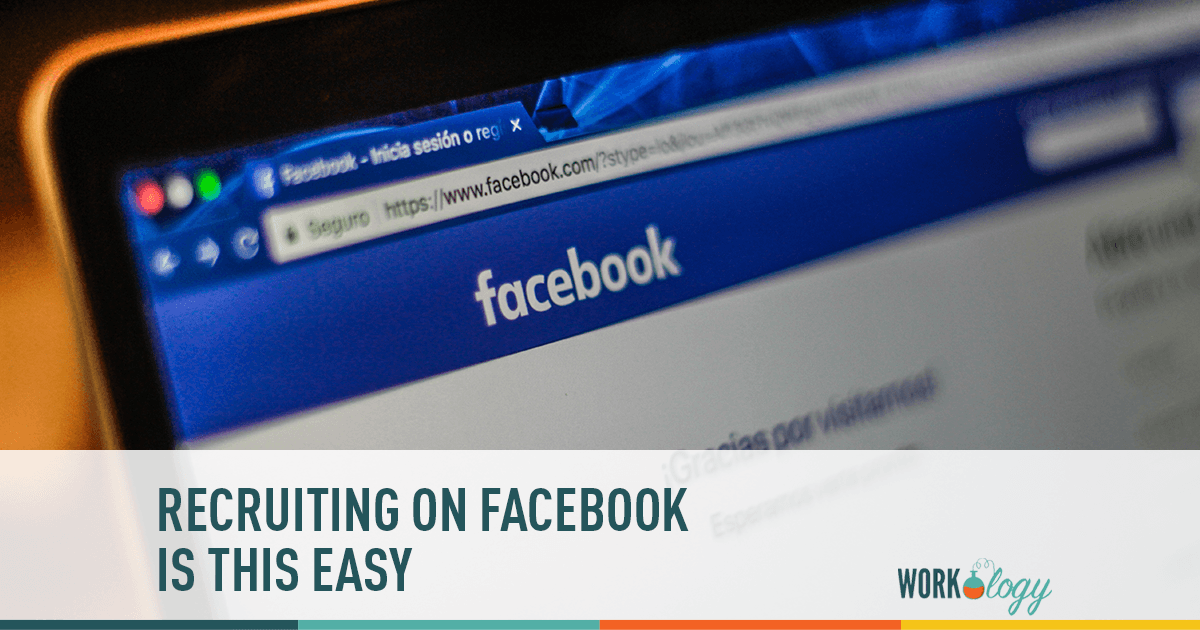 As LinkedIn introduce yet another round of changes that reduces its usefulness for hiring is it time to include the 1.44 billion people using Facebook in your search?

LinkedIn has just 366 million users! Sure they spoon feed you information but what if your perfect hire is on Facebook instead?

And people don’t creep you out on LinkedIn? Ok maybe that’s just me, but like all social media, it’s about how you use it.

Importantly, you don’t need to add people as friends to offer them a job opportunity and it is possible to contact people without even using Facebook’s messaging system.

In fact, it is possible to email all 1.44 billion users (for free) so they won’t even know you were there. Cool hey?

To prove that people do indeed share jobs amongst their friends, I’ve been collecting these from my eclectic group of non-recruiting Facebook friends.

Rocco is an Auto Mechanic and an old mate from Sydney: 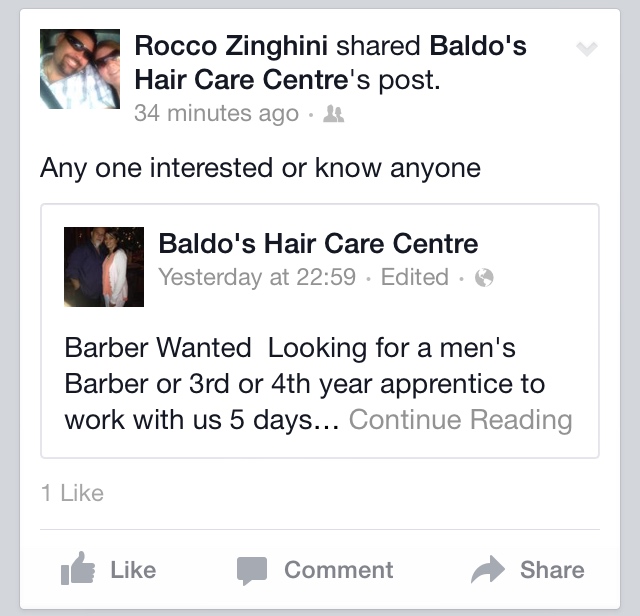 Burak is a Concierge & Lifestyle Manager who I met in a Spinning class: 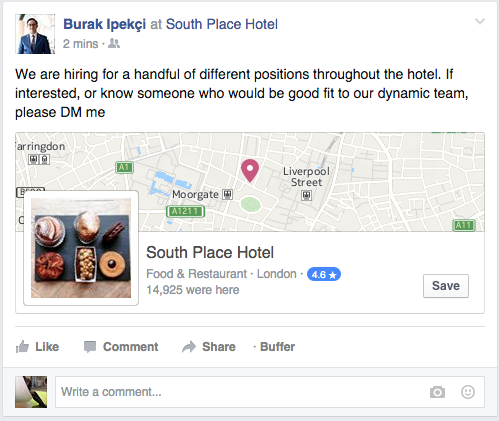 I could go on but you get the idea 🙂

There is no denying that gaining a big fanbase on Facebook is now a lot of hard work and even when you do so, many will tell you that visibility of posts is pretty poor now.

But job seekers will expect you to have a presence on the network so make it easy for them by adding a Jobs app to your Facebook page. Suppliers include Work4, like this one for Pepsico, TweetMyJobs and Jobvite. 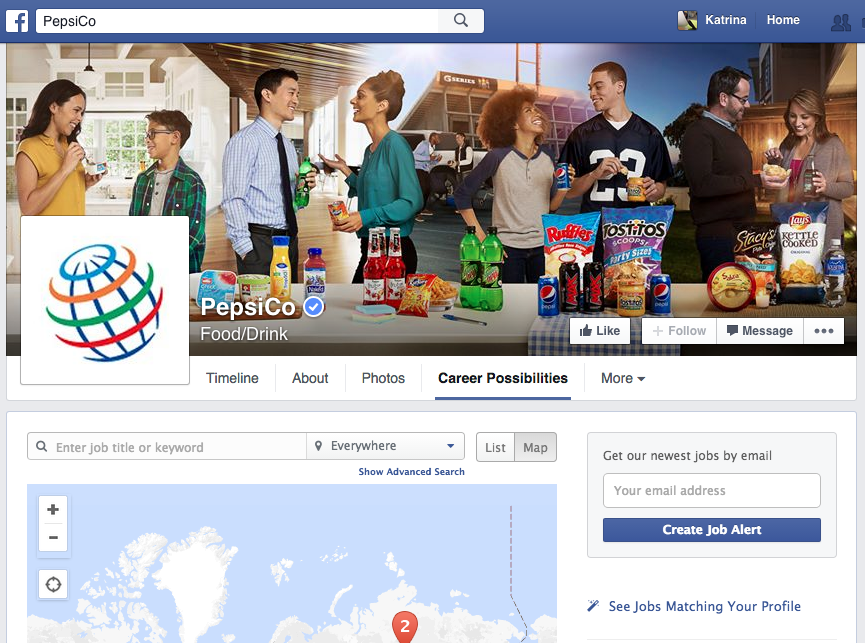 These subtle boxes are less intrusive than broadcasting a stream of jobs so your marketers shouldn’t have an issue with them.

Try a friends of friends search like the one below and, though you could message them directly, ask your friend for an introduction. 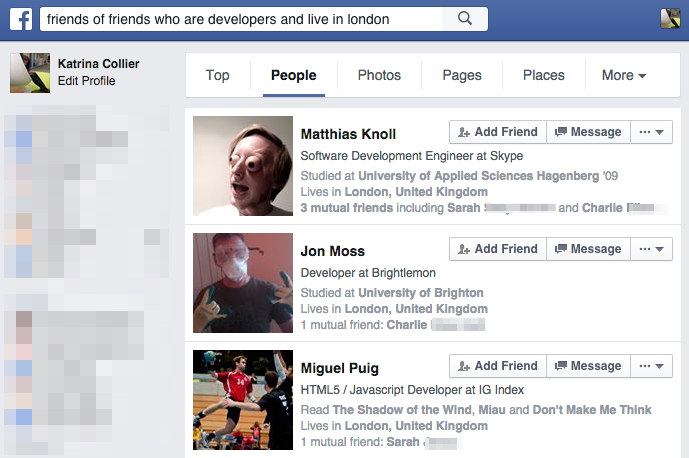 It’s easy to create a highly targeted PPC advertising campaign on Facebook. Start here, use an attention grabbing image and ensure that when someone clicks they end up exactly where they need to be to apply, with ease.

And don’t forget that they’ll likely be using a mobile phone when they click though so don’t ask them to attach a CV or fill out a complex form.

Will you be giving recruiting on Facebook a try?