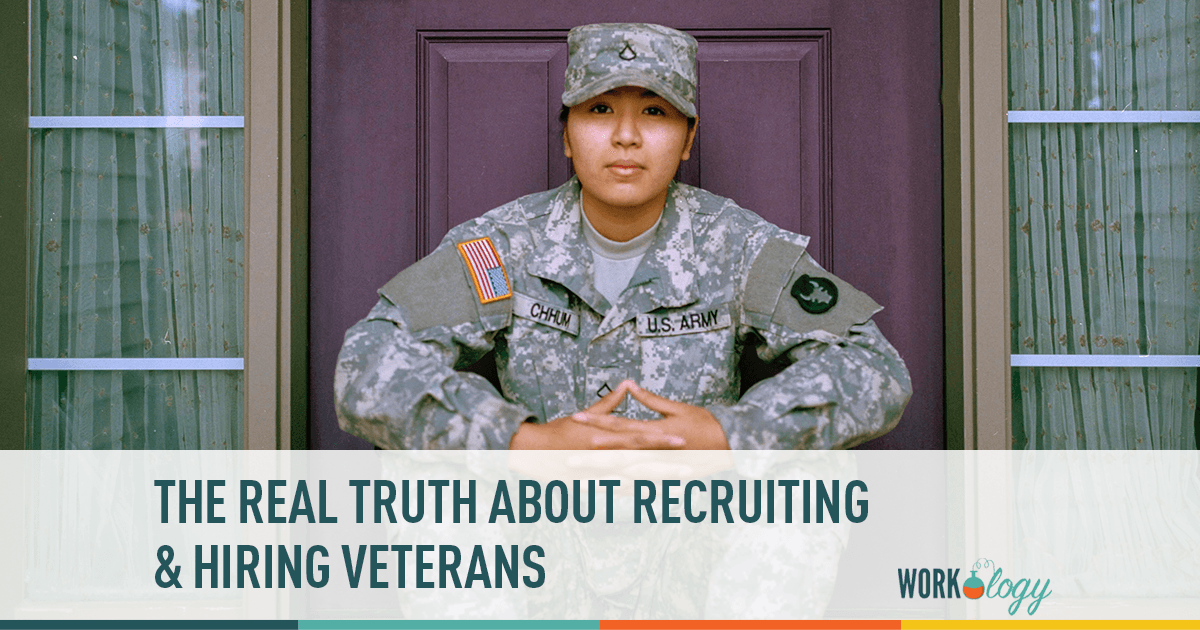 As a former military spouse, I like to think I have a better perspective than most on how challenging it is for service man and women who are in the job search and transitioning out of the military. My ex was a 13 Bravo meaning he had the important job of being airborne artillery. Basically, he jumped out of planes with giant tanks and other large mechanized gunnery. He enjoyed his job in the Army. There wasn’t any preparation or consideration about what he’d do and how he’d do it for a living once he was no longer active military.

How to Hire a Veteran

There are a number of companies doing cool things to recruit, engage and hire military. Many companies seen in the inforgraphic below like Disney, UPS and General Electric do a wonderful job of hiring our military, but we don’t all have the luxury of being a well-known and respected company. Some companies like AT&T offer a MOS translator. Although most experts will tell you that a translator is not enough especially since the military transition program called TAPs does little to actually prepare a soldier for the civilian job search and work world. I liken it to unemployment and career transition classes that most of our unemployment offer. The instructor is often a government employee who hasn’t stepped foot in the civilian job search or even working in that environment in 10 or more years. How can anyone be effective in preparing our military or unemployed workers for what they really will expect, if you haven’t had to experience it for yourself? Truth is most can’t and won’t. They are doing just enough in their jobs likely with their own career transition in mind, government retirement.

Another challenge for recruiters is finding ways to engage a large group of ex-military during their sweet spot as they make the transition from military to employee. More importantly, how do we encourage our recruiters to pick up the phone and get to know our military job seekers when understanding their work experience is so challenging. Recruiters on average only spend 6 seconds reading or scanning a resume. These are a few of the challenges of hiring in diversity and in military recruiting.

So how do we build a recruitment campaign to reach our former military?