Putting the Human Really Back in Human Resources 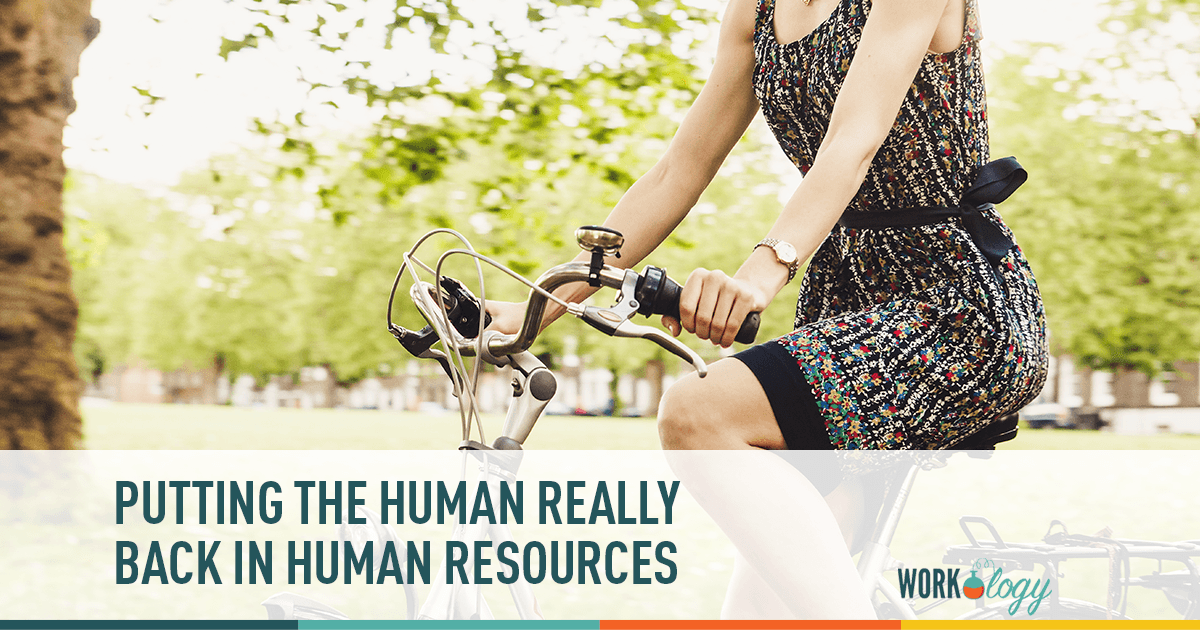 Admit it. We’ve all been there. By “there” I mean a situation where we, as HR, are asked to treat people in a way we never would if we were thinking of them as human beings first. Pressure is put on us from hiring managers, CEOs, CFOs and many others to be the creators of policy, the protectors of law and the office police. But It DOESN’T have to be that way. It is possible to trust people and think of them first and still run a successful business. But just because it’s possible, doesn’t mean it’s easy. Here are a few things to keep in mind to keep you on the right path to a more human workplace.

Be Mindful of Timing

It is inevitable that in HR, you’ll need to have tough conversations with employees. That’s part of the job. However, you do have control over when these conversations occur. For example, does this employee tend to work later, when the office is less crowded and more open for finding a place for conversation? Perhaps that might be the best time to encourage managers to talk to them about performance issues. People are people and can react in a myriad of ways. Be respectful of individual responses to difficult conversations and prepared to hear them out, calmly and in a setting and at a time that might make things easier for them.

Tell It to Them Straight

It’s a part of our jobs to ensure that employees aren’t blindsided by their performance conversation, disciplinary action or termination by the hiring manager. The problem is that no matter what, it still ends up being a shock to the system when you’re the person on the receiving end of less than pleasant news. Being open and honest, while also compassionate, needs to be top of mind in all conversations but especially those that are more corrective for the employee.

We’re asked to handle difficult situations in the smoothest and most successful way possible. And then asked to do silly things like escort people out of the building when they are laid off. What employers don’t think about is when they are attempting to protect themselves by closely overseeing the behavior of an employee who recently got bad news, they can often do more harm than good to their reputations as an employer with their current employees. People think if my employer can treat Joe like that, when will it be me? It makes people nervous and uncomfortable. Don’t create more problems for your organization by treating people like children or criminals.

Give Them Breathing Room

We need to treat people with the respect they deserve. At times, we don’t realize that although we’ve been prepping for or thinking about approaching a conversation for quite some time, those individuals on the receiving end aren’t expecting it. Humans respond with emotions. That’s ok. Emotions show that they care. As practitioners, HR needs to be as sensitive as possible to emotional reactions while also diffusing situations. Sometimes the best response is to give someone space to process. Chances are, people aren’t ready for rational discussion after hearing big news. Change is hard. Remember that and give the person time to work through it.

Chances are, none of the advice above is news to you. If you’re asked to do something in your role that makes you feel icky as a person, perhaps it’s time to rethink how you’re going to play out the situation and remind those around you that we’re all human beings. Treating people that way shouldn’t be challenging when you make it a priority.

Kelly has spent her career helping people kick ass and become better versions of themselves. Coaching, training, recruiting – you name it, she’s done it, and in a variety of industries ranging from advertising to behavioral health to tourism and beyond. Be it supporting new managers in their journeys from uncertain supervisors to rock star bosses, helping lost newbies zero in on what they want from their careers and find their inner confidence to ask for (and receive) that promotion, or enabling leaders to be more self-aware in their management styles and more skillfully interact with those around them, she’s done it all. Outside of pushing to make people and organizations better, Kelly spends most of her time marathoning Netflix programming with her mutt, Dexter. www.kellypoulson.com Connect with Kelly.