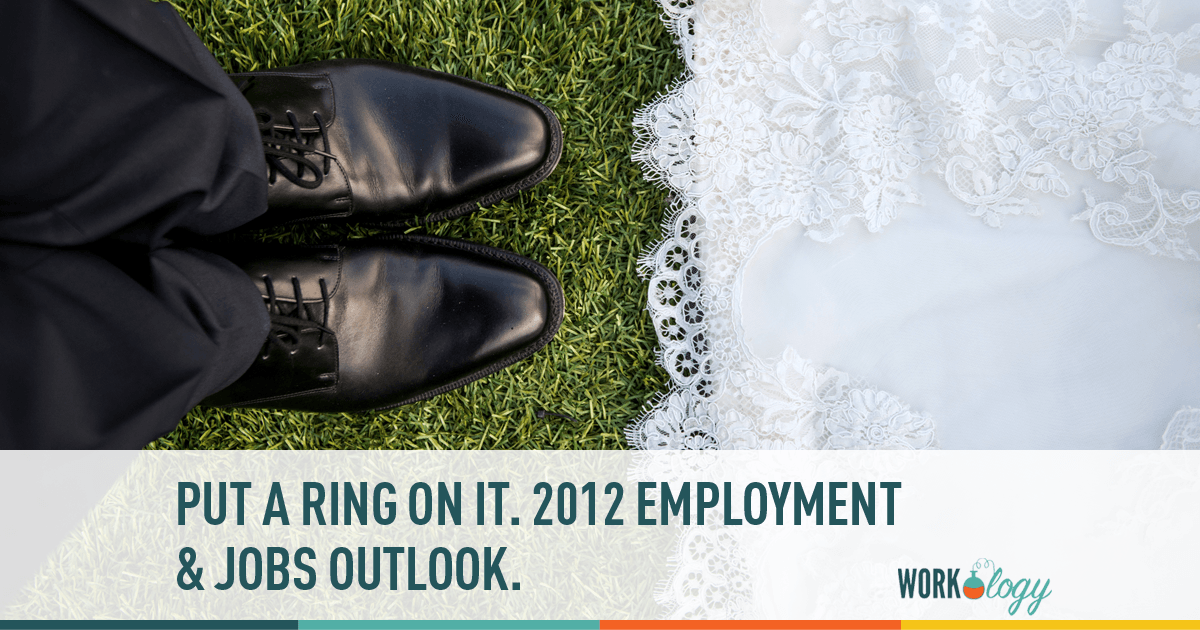 Job Seekers to Employers: Put a Ring on it

Indulge me just for a moment as one of Beyonce’s songs comes to mind. . .

Don’t be mad once you see that he want it

Experts are anticipating the best job market in 2012 since 2008, and I think that’s a good thing.  Jobs will be created and unemployment will decrease.  Job seekers will be hired into the corporate folds but not at a rate that you might expect.  Employers are hiring contingent, contract and temporary workers instead.

The Temporary Workforce & the Contract Workforce

According to CareerBuilder’s 2012 Jobs and Hiring Forecast survey, nearly 1/4 of employers plan on increasing their full time hiring in 2012. That’s nice but CB’s report fails to address another subject altogether, the status of the temporary and contract workforce.

Take for example a good friend of mine.  She’s the University Relations Liaison for a very large and well-known global corporation.  She’s responsible for recruiting and developing relationships with students, the universities, and soon to be college grads.  Her success in her role is important for the future of their organization.  Her job is fulfilling and also challenging.  In fact, she’s happy in her role except for one thing.  The company has yet to put a ring on it.

As the economy slowed in the beginning of this recession, companies buckled down and made payroll cuts laying off millions of workers freeing up much needed cash flow to account for the decreases in sales and revenue.  Starting in 2009, companies have increasingly looked to what WSJ called “alternative staffing arrangements” as a safe workforce and staffing solution.  Companies add low cost and low risk temporary workers to fill productivity gaps.  Essentially, maintaining a full time workforce is expensive.  Companies are responsible for offering benefits to employees in addition to paying for social security, unemployment insurance, and employment taxes in addition to the employee’s salary or hourly wage.  By hiring temporary and contract staff, companies lower their risk as these individuals are not offered employment benefits and are generally responsible for obtaining their own health insurance and responsible for their own employment taxes as their own employer.

But as permanent hiring has expected to remain slow in 2012 much like 2011, employee turnover is expected to grow to its highest since 2008 with more than 21 million US workers expected to change jobs.  And that’s just full-time permanent workers.  The $2 Trillion cost doesn’t include the lost productivity and cost to replace folks like my friend who is a contract employee.

So what’s the solution to retaining and re-recruiting your current workforce?

Make a Commitment.  Put a Ring on it.

Show that permanent employee you give a damn.  Quit waving that carrot in front of your contract or temporary staff. Stop reminding your temporary workers that they should be grateful to  have a job, because they don’t.  Invest in their future by offering a job, training, promotion, or increased compensation.  Start with a simple conversation.  Make the move and by investing in them, they’ll likely accept your proposal and put a ring on it.

Dear Employer, quit kidding yourself because you know it’s true.  Experts like Addeco North American CEO, Tim Gilliam anticipate more temporary hiring in the professionals sectors with the likely reason behind the decisions being that companies are unwilling to take a chance in the current unpredictable economic market.  Or in short, you  won’t and don’t wanna put a ring on it.

The best way to retain your top performers and qualified staff is by giving them what they want.  Put a ring on it.  ‘Cause you had your turn and now you’re gonna learn.  What it really means to miss your employee.

Thank you, Beyonce for the inspiration, and congrats to Tom and Rayanne!  Tom put a ring on it when he proposed to Rayanne on Christmas Eve.