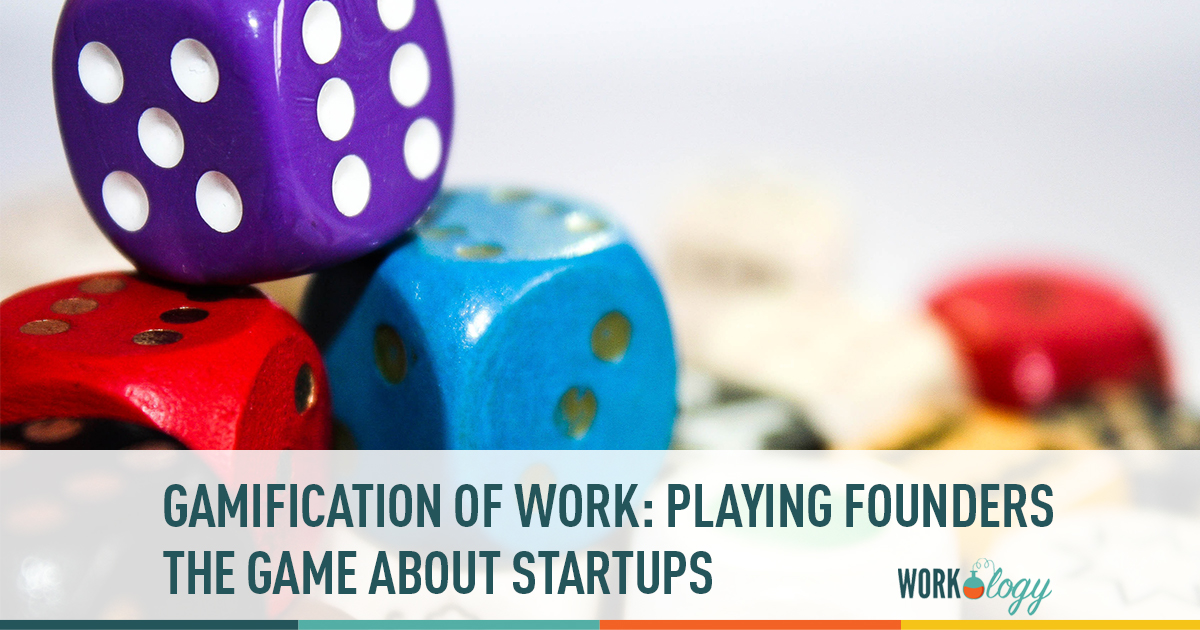 So why not look at the other side of things, the workification of games? In this new series Workology will be looking at games that are set in workplaces and that mirror workplace tasks, and the thin line between work and play.

Startup culture is a favorite topic for people in the business world, especially those outside of startups. Working in Higher Ed, I heard college students talk constantly about how they’d never go into traditional corporate culture, they’d look for startups instead. What was it about these fast-growing, usually tech-based companies that sounded the siren call to jobseekers? One might think it was environments that nurtured free-thinking and creative projects, but more often it was the idea of great benefits. Unlimited time off, pets at the office, company-wide roller derby, catered lunches, and more. What more could a young professional want?

In Startups Being Broke Sucks

Yet we see the flip side of this world more and more as startups become more popular. Business thinkpieces encouraging these companies to build better cultures, shows like Silicon Valley playing off the rollercoaster success and failure natures of tech startups, Grace & Frankie are turned away by a tech incubator, even Lip on Showtime’s Shameless finds the dirty laundry of this industry.

And so Francis Tseng’s The Founder was born. The game, released in January of this year, was created by Tseng in his free time over the last year and a half. On the surface it’s a startup simulation game, allowing you to play the role of founder and build an empire. Under further study, it’s a commentary on startup company culture and the responsibility of these companies to the world.
You start by choosing which aspect of the industry you’ll focus on and which tireless co-founder will be by your side. After that a lot is left up to you. In order to succeed you must hire employees and create products. How you go about this will determine how profitable you become. Will you manipulate your employees into working for next to nothing? Will you give them all of the office perks startup employees expect to keep them happy? 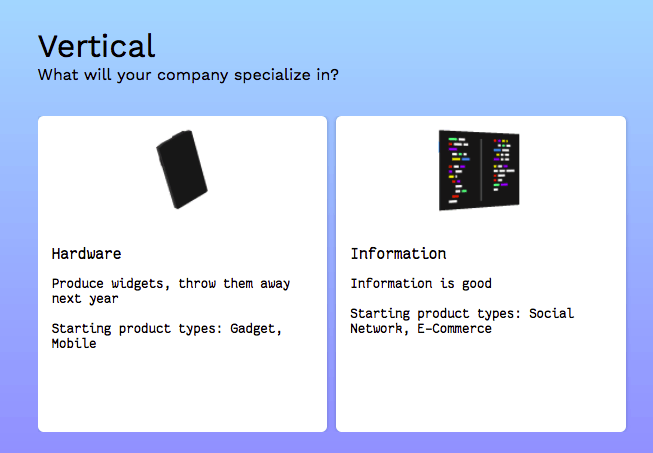 I have two confessions. The first is that as I sit here, typing this article, I am half-reclined on a couch in my company’s main room, seated next to a foosball table, enjoying some of the cold brew that is free on tap all day. That’s right, I work in the startup world, I enjoy a lot of the startup perks, and work the 60+ hours of many startup employees. The second confession is that I’m terrible at this game. 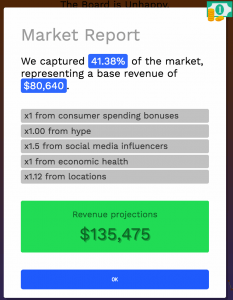 It’s not that the game is hard, really. It’s more so that the world is very unfair. When you create a new product you have to launch it. How well you do in the launch process determines how much of the market you claim and how much money you’ll make. This is by far my favorite part. When you launch the game takes you to another screen where you control your pawn on a map (the market) and you claim it piece by piece. Each piece is worth a different amount and some of the tiles are influencers who multiply your share of the market. However, you’re playing against other companies launching their own products and you must be strong and cunning to overtake their share.

Outside of this minigame, you control the day-to-day operations with a ticking calendar in the upper lefthand corner marking off the days spent putting more and more junk into the world. You have to keep your board happy and buy into different kinds of products and industries. Eventually you turn the tides of the world when you get involved in government research. What is your responsibility to the world? Should you let your business collapse or do more government defense research that could possibly lead to the apocalypse? Perhaps straightforward in neon hues on your computer screen. 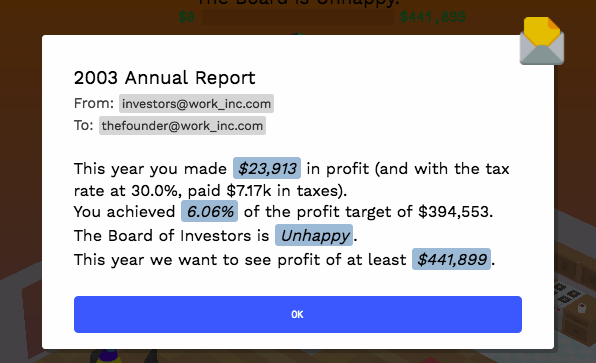 I’ve never gotten to this point because I keep getting sued. That’s right, some little punks have been suing me so consistently that I have never been out of debt long enough to expand. Such is the way of the world I suppose. “Eight out of ten startups fail” is an oft-quoted (though debated) statistic in the startup world. So, while I’m killing it in my real life startup position, it seems like I should perhaps stay on the executive level and not try to start my own any time soon.

Overall, this game is a fun, and visually wonderful, simulation for an afternoon’s enjoyment. It’s also an opportunity to stop and think about what really goes into creating a successful business and what responsibility the tech industry has to the safety of the world.