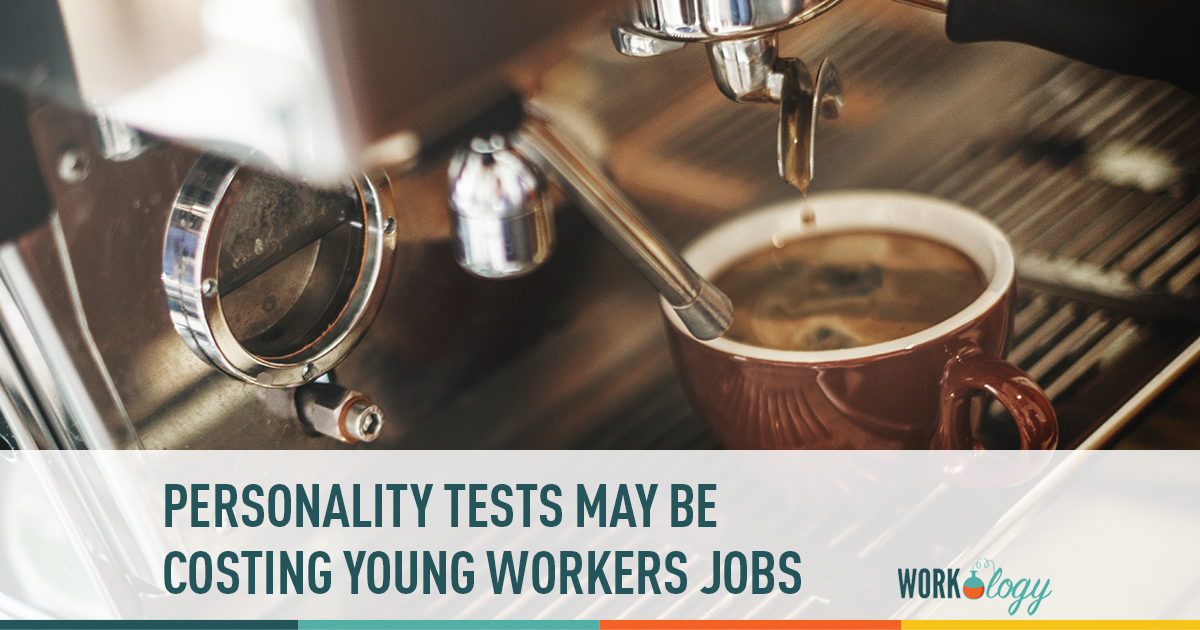 The move to online applications has allowed employers to reach an ever-expanding pool of candidates. It’s a change that’s had both good and bad effects for employers and applicants alike. It’s more likely that a truly perfect fit of applicant and organization will have the chance to find each other, but it’s less likely those two parties will hear each other. The more candidates applying for a job, the harder it is to filter through that pool to find the ones that really fit. The more job postings a candidate sees, the harder it is for them to figure out where to start and what positions have the most potential for them.

The sheer volume of applications that organizations now deal with is a big part of why online surveys and personality tests have become a standard part of the online application process. These tests neatly categorize applicants into seemingly useful categories: didn’t read the instructions, noped out before the end, extremely weird, basically ok, and possibly the right cultural fit. Recruiters can use these results to decide which resumes to click and which to discard; which candidates to move forward with and which to let go.

But there’s something about surveys and tests – they have a semblance of real legitimacy even when they’re cobbled together last minute by an HR assistant or a junior marketer. Even when you know your survey is far from scientific, its results may carry real weight with you, influencing your opinion of candidates to the point of weighing against your real life impression. Sure they did well in the interview, but their quiz answers were a little weird, weren’t they? That’s not to say that every personality survey or quiz used by employers is nonsense – naturally some are better designed than others – but I think it’s worth questioning how much we should be relying on them. Especially when we know that many surveys and tests have in-built biases.

A new report from JobsFirstNYC shows a correlation between the rise of personality tests and a drop in youth employment. They point out that personality tests have become de rigueur for entry-level jobs despite the fact that young workers are among the groups that perform worst on industry standard tests. Like many intelligence tests, personality tests have an ideal candidate in mind with a certain background and experiences that young workers may not have. These tests are easily gamed by savvy test takers, while those who are less familiar with the format of the test unfairly wash out.

Have you ever done career coaching? Interview prep sessions are often “teach to the test,” helping candidates to reflect back exactly what recruiters and hiring managers are looking for. The more experienced you are with the interview process, the better you get at it. The same is true for personality tests. Think of it this way: ever gamed a Buzzfeed quiz because you didn’t want to tell your Facebook friends you’re a Lannister, not a Stark? Everyone taking your intake survey or test wants to reveal themselves to be perfect for the role. Some test takers are better at figuring out the right answers than others, but they aren’t necessarily the right people for the job. Inexperienced workers are less likely to know all the tricks built into your survey and they shouldn’t be penalized for that.

But even beyond potential biases in personality tests, JobsFirstNYC points out that many of them contain questions that violate the Civil Rights Act.

Corporations such as Target and CVS have settled enforcement actions alleging that their pre- employment personality tests violated Title VII of the 1964 Civil Rights Act and the Americans with Disabilities Act. Many applications completed by JobsFirstNYC’s recruits resembled those challenged as unlawful. JobsFirstNYC contacted companies that screened jobseekers with personality tests to see whether the tests had been established as being valid and job related. No company confirmed that its test had been independently validated.

Not only have tests skipped a scientific review to ensure they really measure what you want measuring, they also haven’t been approved by a lawyer. Even companies that use third parties to design their personality tests, ostensibly experts in their field, have been challenged in court over them.

So, if personality tests deliver uncertain results of dubious legality and unfairly penalize young workers, why the heck does anyone use them? I started out this piece by talking about the high volume of applications that recruiters and hiring managers face, and that’s because I think it’s the whole answer to these questions. Personality tests provide a method to winnow your candidate pool into something more manageable. And because they’re “surveys” or “tests” they seem a lot more legitimate than randomly selecting 10 resumes to read.