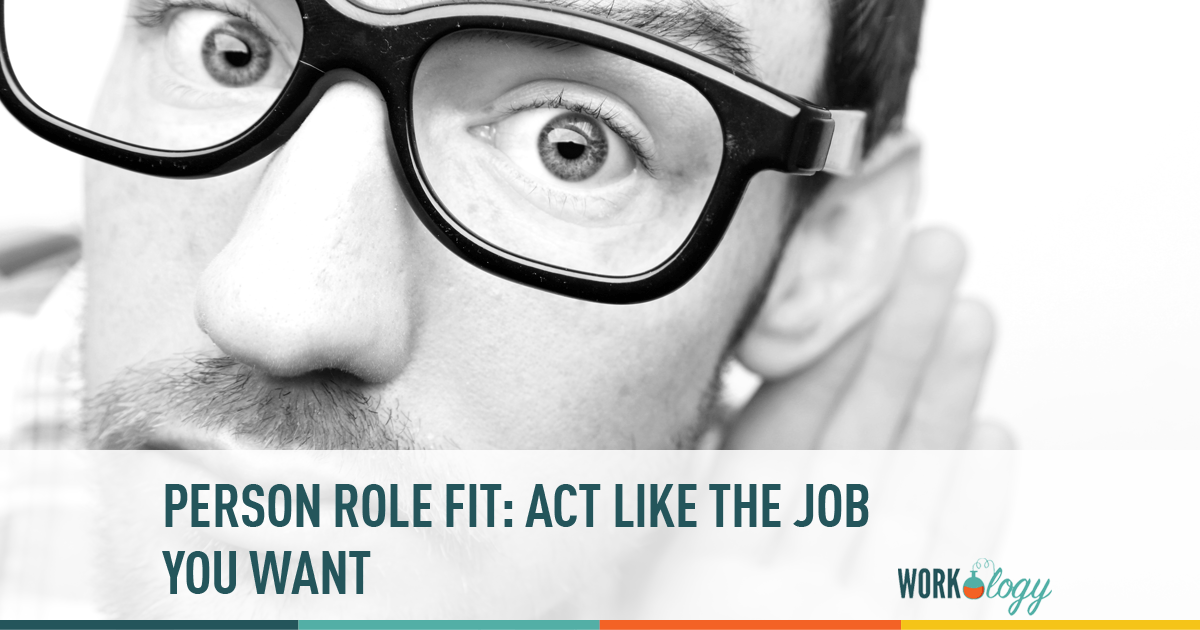 Of all the different measures of person fit, this is probably the most widely used and also the one most often done by “gut feel”. Because of our personalities (as well as interests, environment, upbringing, etc) we are drawn to and excel at certain work roles over others. While there are always outliers, people who work in the same role tend to behave similarly.

As part of Person-Job fit, Person-Role fit measures the relationship between an individual and the specific work they will be doing. This is the fit relationship most commonly thought of when talking about person-job-fit. For many years, guidance counselors and career coaches used assessments to help young students and people wishing to switch careers find roles which they might be behaviorally suited for. They are making a come back now with the rise of People Analytics departments at companies across the world and with people wanting something more tailored for themselves rather than “just another job”. 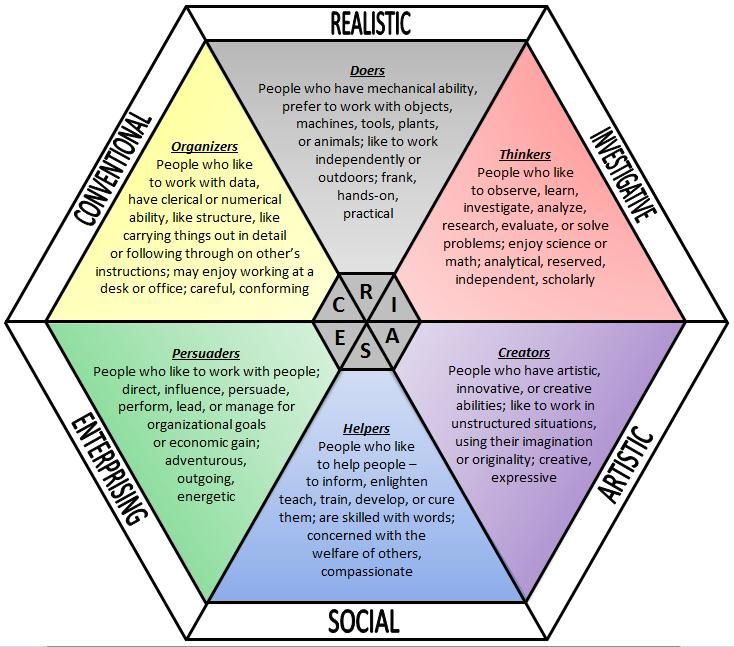 John Holland developed his vocational theory in the early 1970’s saying that “the choice of a vocation is an expression of personality”. His hexagonal arrangement at first seems to categorize people into too narrow of a box to be accurate and that all jobs will in fact be made of parts of each of the 6 traits in varying degrees. You can see how some of the roles are categorized here, first by their dominant trait, and then by sub-traits.

“A six-category scheme built on the assumption that there are only six kinds of people in the world is unacceptable on the strength of common sense alone. But a six category scheme that allows a simple ordering of a person’s resemblance to each of the six models provides the possibility of 720 different personality patterns.” -John Holland

Coupling these six vocation types with the 30 sub-traits on the Big Five model of personality and we can begin to build much closer predictions of which people will enjoy and thrive in which roles. Take a look at the following list and try to determine your order of dominance with them. I am Enterprising, Investigative, Realistic, Social, Artistic, Conventional. I enjoy doing startups that build technology to help people. I am not very good at art or at administrative tasks.

Realistic: The “Do-ers”. These are people who like to work with tools and objects rather than people using their hands/bodies in more physical activities. Some roles are police officer, animal caretaker, engineer, carpenter and park ranger.

Investigative: The “Thinkers”. These are people who like to analyze, study, research, learn and solve problems. Some roles are scientist, physicians, computer programmer, engineer, and zoologist.

Artistic: The “Creators”. These are people who like to create things that did not exist before, use their imagination and to work in unstructured ways. Some roles are museum curator, ad executive, painter, dancer, and librarian.

Social: The “Helpers”. These are people who like to work with other people to uplift, train, nurture and support them. Some roles are aid worker, HR director, chaplain, nurse, and social worker.

Enterprising: The “Persuaders”. These are people who like to work with other people by inspiring, leading or managing them. Some roles are CEO, real estate or travel agent, politician, bartender, and sales representative.

Conventional: The “Organizers”. These are people who like to work with data, organizing systems and carrying out detailed tasks. Some roles are accountant, data processor, actuary, and insurance adjuster.

Helping people to connect their personalities and interests to the role and environment of the job will have a profound impact on their productivity and engagement with it. Let me know if you’ve used the Holland codes or the Big 5 to help match your available roles with incoming candidates.