Why A-Teams Beat A Players 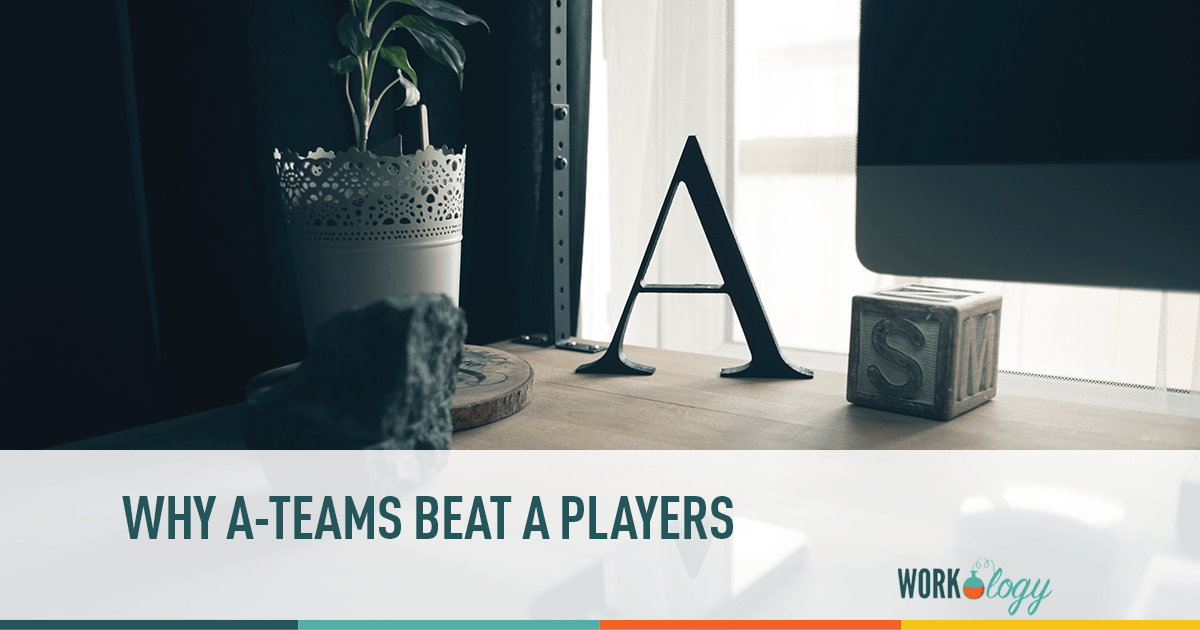 “There is no I in team” is probably one of the most used phrases in business, school sports, and group exercises the world over. The idea that the group as a unit being more important than any one individual is an old one and now has data to backup the anecdotal stories of teams working perfectly together to overcome unthinkable odds. In sports, probably the “Miracle on Ice” moment when US amateur and collegiate hockey players defeated the Soviet Union’s national team and eventually took the gold. The other great example given of clockwork-like team cohesion is that of the Navy Seals and other Special Operations teams.

Measuring the relationship between an individual and the group of people that they will be working with. More difficult to measure than person-role fit, a cohesive and high-performing team will combine similarity within certain traits and complementarity in others.

Research out of MIT’s Human Dynamics Laboratory found that teams that fit well together communicated differently than lower performing ones and felt more as equals than as competitors. At one bank’s call centers, similarly built teams performed extremely differently. By improving the “slack-time” communication and collaboration among the team members of the worse fit teams resulted in $15 million in productivity gains.

Since the characteristics that contribute to PG fit are stable, PG fit can be used in employment pre screening. The area where similar trait demonstrations are needed is in work-style. This is most strongly seen among the traits of “Conscientiousness”. If you have a team where they are used to picking problems from a pile and beginning work and then someone who needs much more attention and direction is added to the team.

Team fit algorithms have traditionally been one-off products, developed by consultants to rank specific team configurations for clients. The combination of complementing and similar traits is nearly too complex for someone to guess at on their own when completing the assessment. In addition, the individual would need to know the makeup of the existing team in order to determine what traits were needed to work well. Since P-G fit is two-way, most candidates are more honest as they don’t want to be put onto a team where they won’t work well with their teammates.

While generally more difficult to measure and affect without changing around team members, it is vitally important to get Person-Group Fit right. What are steps that your organization takes to help ensure solid team cohesion and productivity?

Ravi Mikkelsen is the CEO and cofounder of jobFig, an HR focused behavioral analytics startup in San Francisco, CA. A lifelong entrepreneur and nomad, he has been involved with startups in three countries on two continents and has lived in 9 different cities. Connect with Ravi.
Search