How to Create the Perfect Job Posting (Part 1) 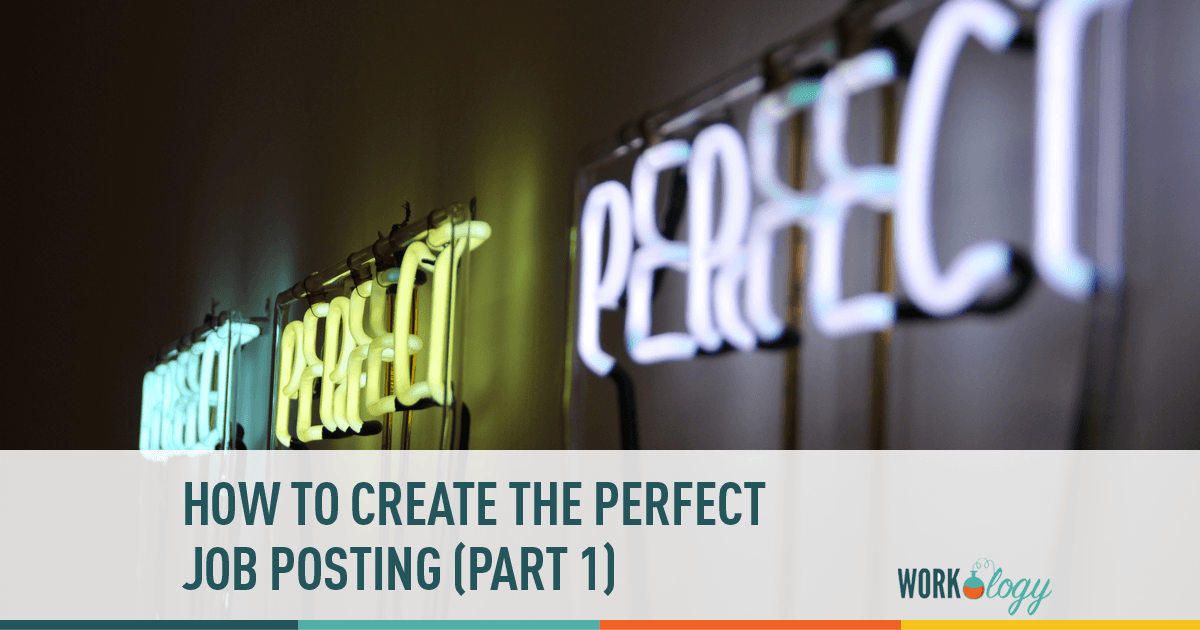 This is a three part series on how to create the perfect job posting. Subscribe to our RSS feed to make sure you don’t miss!

Earlier this week Vista Inet came under fire for their scathing reception job posting, where they included the following: “Please note that the Position requires filling in the responsibilities of a receptionist, so female candidates are preferred.”

I chuckled at the shocking scandal that was uncovered by a Business Insider journalist. Most of us HR and recruiting pros could tell hiring and workplace stories that are much more scandalous and for days. We know and deal with employee situations that would make your toes curl. Just look at some of our holiday HR horror stories.

We’ve encountered job posting discrimination in the media before. Most notable was job postings during the last recession circa 2010 where those who were unemployed need not apply.

An obvious suggestion when writing a job posting for an open position you are recruiting and hiring for, is to avoid topics relative to what we call the Big Seven – age, sex, religion, disability, genetic information, race/color, national origin, pregnancy and in some states sexual orientation. Eliminating the Big Seven (or Eight) in your job posting removes discrimination and sexism, however, there are a number of other strategies and best practices that can elevate and amplify your job posting.

How to Elevate & Amplify Your Job Posting

It’s important to remember above all that a  job posting is a marketing asset. It is the central point at which the hiring and selection process is built and provides the first and most important look into your job opening, the hiring process and the company. Notice I mention “Marketing Asset.” A job posting is not a job description. It’s meant to grab the candidate’s attention. It provides them insights into the job with the goal of having them apply. Candidates learn more about the specifics of the role and more detail during the job interview process. We’re not writing a novel. It’s a small snapshot of the job responsibilities designed to have a candidate apply for the role.

Like any marketing asset, especially online, today’s job posting will be read quickly and even skimmed. It should be 300-500 words in length and should include bullets and headlines that make it easier to read. Most importantly, the focus of the job posting should be on engaging, relating to and compelling a very specific and targeted tech candidate to apply for a corresponding job opening.

There are currently 10.7 million job postings in the United States for all occupations. This number has increased 9.7 percent over the last year and 20.5 percent over the last two years. At present there are 945,000 technical job postings in the U.S. The competition level and numbers are only increasing. In fact according to Wanted Analytics, there are only 6 tech candidates per tech job posting in the U.S. as compared to 23 candidates per posting for the overall labor market. It’s easy to see that it’s a candidates market in tech, so it’s more important than ever to make sure you are doing the little things that make your job postings stand out to tech professionals.

In short job, postings are a marketing asset and given the increased number of job postings and the now 5 percent unemployment rate, your job posting needs to be designed to attract the right and most qualified candidates.

Do’s and Don’ts of the Perfect Job Posting

This is a three part series on how to create the perfect job posting. Subscribe to our RSS feed to make sure you don’t miss!