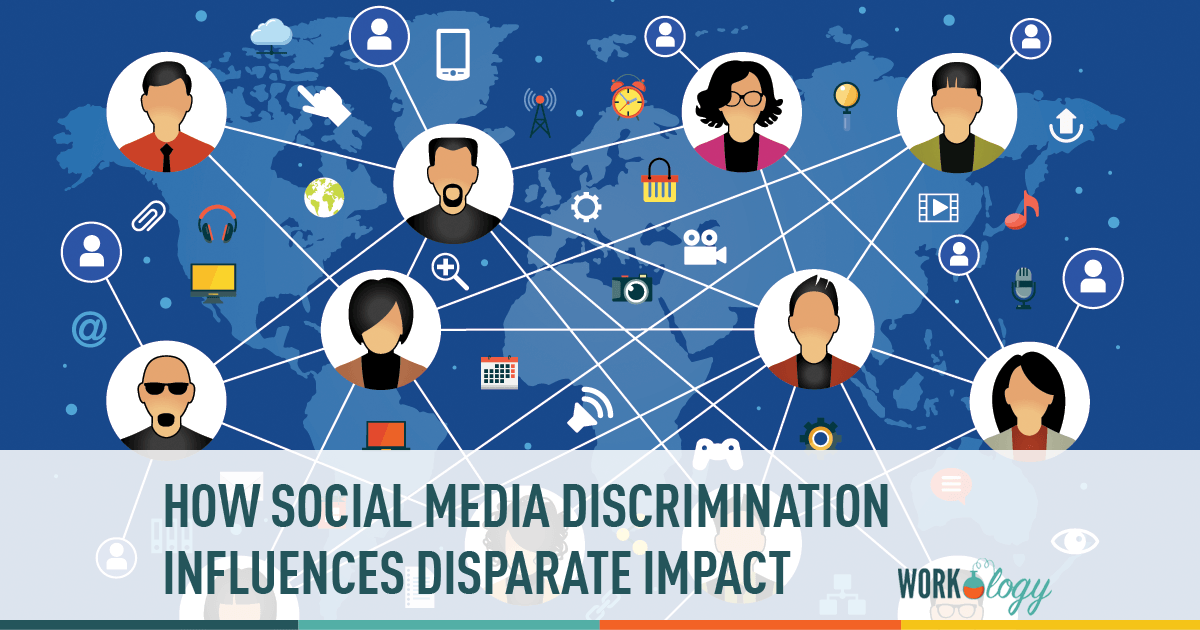 Social media is a goldmine for government agencies looking to turn their departments into revenue generating machines.  In 2010, OSHA added 100 additional field investigators focusing on enforcement and their sites set on lofty revenue goals of $559 million. In 2011, it is estimated the government agency will add an additional 25-50 compliance officers.  I believe the same holds true for agencies like the EEOC.  It is only a matter of time before they seize the income opportunity that social media and social media discrimination brings.

As pointed out by Stephanie Thomas (a Blogging4Jobs reader), social media also raises additional areas for discrimination in disparate treatment and disparate impact.

Disparate treatment is defined as when an individual of a protected group is shown to have been singled out and treated less favorably than others similarly situated on the basis of an impermissible criterion under Title VII. The issue is whether the employer’s actions were motivated by discriminatory intent. Discriminatory intent can either be shown by direct evidence, or through indirect or circumstantial evidence.

Disparate impact is defined as when an employment practice may be considered discriminatory and illegal if they have a disproportionate “adverse impact” on members of a minority group. Under the doctrine, a violation of Title VII of the 1964 Civil Rights Act may be proven by showing that an employment practice or policy has a disproportionately adverse effect on members of the protected class as compared with non-members of the protected class.

So what does this mean for social media discrimination?

Stephanie (who commented on my earlier articles on social media discrimination) says, “Using social media in recruiting and hiring has the potential to create both disparate treatment and disparate impact. However, if a few simple steps are followed, social media can be used to recruit and hire individuals safely and effectively.”

When job applicants fill out employment applications, they are not supposed to be asked questions that might reveal what I call the Big 7 (age, sex, religion, disability, race/color, national origin, pregnancy and most recently added genetic information), however companies who use social media have access to this information.  Rather quickly (as a recruiter) I can learn from a blog post or a Facebook profile about a candidate’s religious preferences and their age.  This could be considered disparate treatment if and when I seek out protected information on social media sites for one candidate or employee but not for others.

A disparate impact is a concern if recruiters and companies exclusively use social media to source and search for candidates.  For example, if a recruiter relies solely on Twitter to advertise job openings, they are reaching a predominantly Caucasian audience.  Quantcast’s most recent data tells us that Twitter is comprised of 69% Caucasian, 16% African American, 3 % Asian, and 11% Hispanic.  This audience is also an audience with a large percentage under 40 years of age.  Thirty-eight percent of Twitter’s users are between the ages of 34-50 +.

Since over two thirds of Twitter users are engaging using mobile devices, companies could possibly being singling out others as well.  Edision Research conducted a very thorough Twitter in America Study in 2010.  Those candidate pools without access to smart phones and mobile devices who quite possibly could be minorities would be excluded for further job opportunities if relying to advertise openings and source candidates on a single platform.

How to Avoid These Situations of Adverse Impact

The key is through clear communication to your recruiting and human resource teams while having a solid process in place.  Companies must continue to advertise openings in a variety of ways to reach the widest audience without causing discrimination.  Job boards, newspapers, magazines, and career fairs should continue to be leveraged in addition to social media to reach an audience representative of the community in where the position is located.

Check out Part 4 of the Social Media Discrimination Series.  Be sure to leave a comment below.