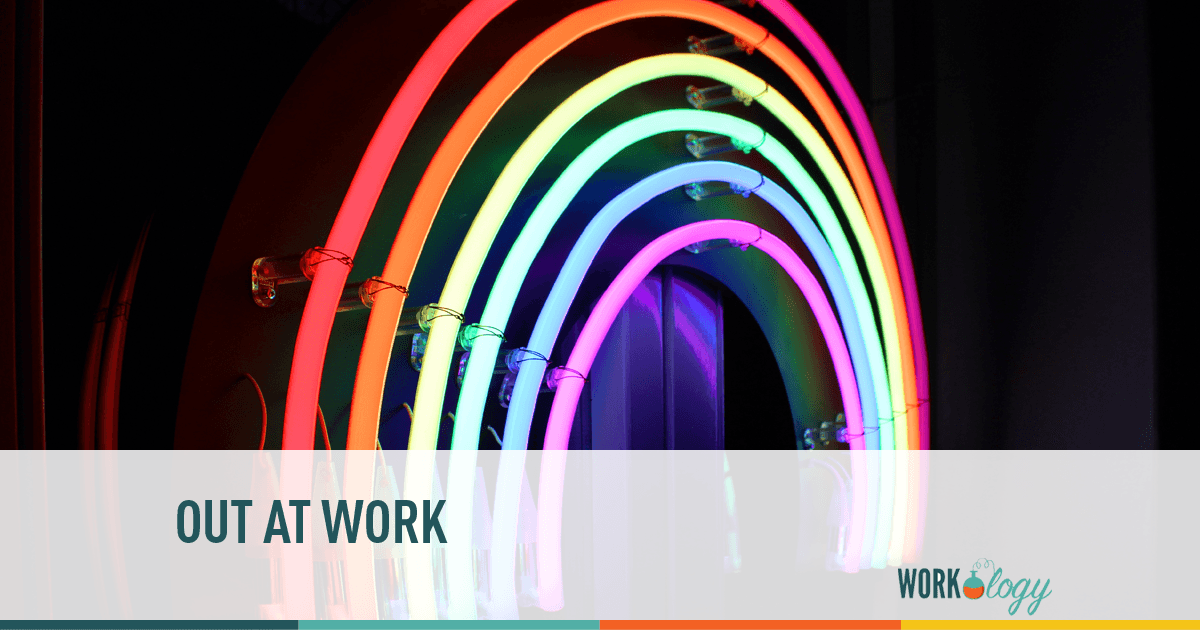 By now just about everyone has heard the apothegm, ” were here were queer get used to it”.

With significant changes in culture, entertainment, media, public attitudes and legal systems over the past decade the LGBT movement has rapidly become once of the most successful human rights endeavors in my lifetime. Empowered and proud, the LGBT community moves to secure equal opportunity in the work place. Foundations like the Human Rights Campaign publish an annual Corporate Equality Index designed to benchmark corporate policies related to LGBT related to employees and and continue to raise the bar on companies striving to achieve a 100% rating.  Non-profit organizations like Out & Equal work tirelessly to offer of resources and programs that aid and support the development of workplace equality in the workplace.

A 1996 poll by Newsweek magazine taken among actual voters showed that 84% supported equal rights and protections in employment for gays and lesbians in the workplace. A public opinion poll taken in 1996 by ICR Survey Research Group reported that while 57% were opposed to same-sex marriage, 85% were in favor of equal job opportunities for gays and lesbians (up from 75% in 1992). A 1998 public opinion poll was conducted by the Princeton Survey Research Associates for Newsweek magazine, finding that 83% of the general population felt that gays and lesbians deserve equal rights in obtaining jobs.

The overarching theme here is that an oppressed group of people have taken a stance, come out to be proud of an authentic part of who they are and from the looks of it, everyone else is feeling great about making that happen.

Now a question; who can’t relate to wanting that?  And what if many of those who support LGBT equality do so because they recognize their own personal struggle in the LGBT journey?  Does the LGBT community not owe it to them to pave the way for their journey?

Ash Beckham delivered an extraordinary Ted Talk in Boulder, Colorado this September, a talk that ignited a national conversation.  Ash declared that “Coming Out” is a universal concept that applies to everyone.   Content creators for the Huffington Post and Upworthy watched as articles featuring Ash’s talk soared to top of site traffic ratings and exploded virally across social media.

Now, let’s really think about this.  Is “coming out” an exclusive right of passage for the LGBT community?  And if not, how could this concept open new doors to inclusiveness in the workplace?

There are many other people who’s authentic voices may not feel entirely welcomed or embraced at work.  Aside from the obvious differences we see between people there are many that go unseen.  Take those with disabilities for example, perhaps feeling as though the knowledge of their disability may be perceived as a vulnerability on a team.  Take introverts who find themselves surrounded in a work culture dominated by extroverts shouting their personal successes and influence from megaphones in meetings.  Take the single Mother watching while those who get ahead tote gratitude for the support of their spouses.

The unique challenges that we all have and our personal experiences do in fact develop specialized skill sets and capabilities and a company unable to tap into those nuances’ have such a missed opportunity.  Often a person feeling oppressed can’t even recognize the gift they have let alone think through how to put it to use in a workplace.

But it’s even bigger than that.  When asked about regrets, the dying shed a chilling light on what we might face if we can’t “come out” with the #1 regret relating to not being true to ourselves and #2 being for working so hard.

Amazon.com is chalked with best selling books designed to aid in finding one’s life purpose.  I’d argue that no book could provide the benefit that comes from simply being able to be your authentic self and so much of that can work against a person if the work place culture is off.  Imagine a culture where the discovery of unique talents and abilities directly corresponds with career growth and opportunity.  Imagine how successful a company could be if they learned to be the best at this.  Lastly, imagine a wildly passionate and intensely loyal workforce aimed whole heartedly at applying their unique talents to the achievement of a broader collective vision.  That company, would be, unstoppable.

Perhaps everyone can be inspired by the LGBT movement and empowered LGBT individuals recognize the opportunity they have to pay forward the hard work and support that they benefit from each day.  A company that wants to drive an inclusive and diverse workplace might consider attracting and retaining LGBT talent as a way to support “coming out” in the workplace for others.

I sincerely look forward to celebrating many “coming outs” in my professional career and to the supporting those who do.   As Ash Beckham says “we need you out here … we are bigger than our closets.”  I’d add, companies can’t achieve big things without big people.