52% of US Companies Will Add Jobs in Next Year 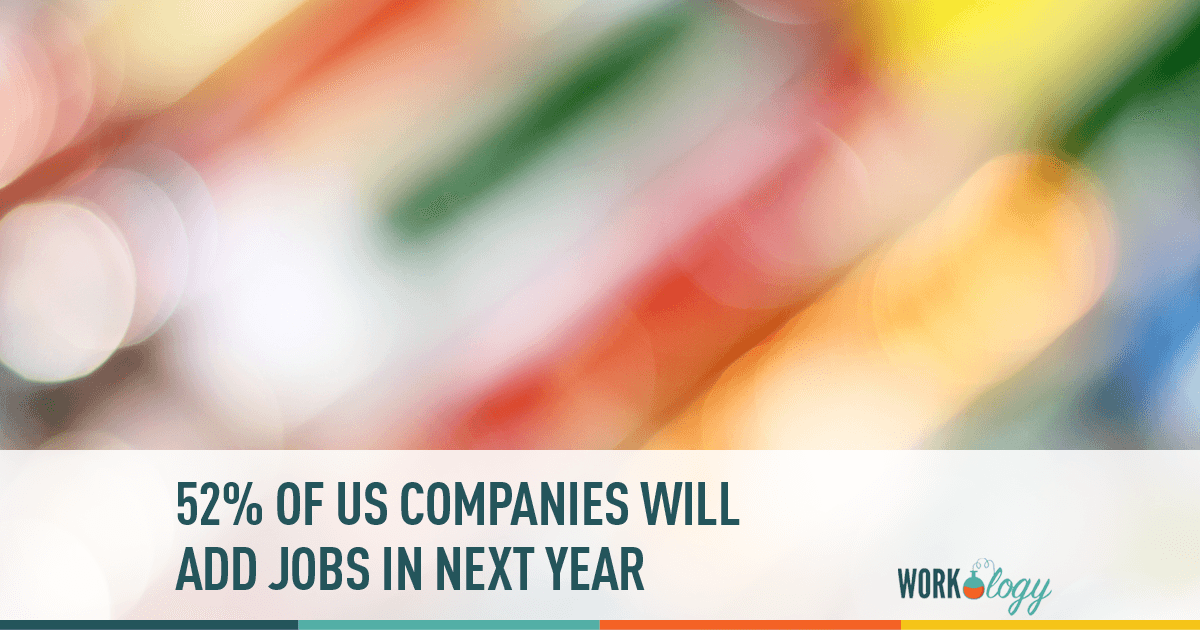 All signs are pointing towards an improving economy and yesterday’s release of Talent Technology’s State of Recruiting for 2012 supports what many in the industry are seeing.  Business is happening.  Hiring and adding new staff is in the works with 52% of companies planning on adding jobs in the next 12 months making the importance of an solid recruiting strategy even more important.  In case you were wondering, the survey which had 1,100 respondents offered insights mostly from the US and Canada with the majority of respondents coming from US companies between 100-999 employees.  The graphic you see below with the specific information was provided to me by special request.

Open positions are taking 45 days to fill with job boards still serving as the primary candidate source.  These findings are further supported by SHRM’s announcement that hiring in January will remain weak, and that makes since since many organization’s new fiscal years started January 1 and if new positions are taking 45 days to onboard new employees, it’s likely that we will not see an upswing in hiring until March of this year.

Talent Technology provides an interesting look at the state of recruiting in their infographic show below.  Their entire findings can be found here.  While the data doesn’t provide any earth shattering revolutions it does point to the increase in demand of talent and a likelihood that companies will experience a longer time to fill as the job and candidate market becomes more competitive.  In fact, this surge in jobs growth is expected to exceed 12% this year.  According to their findings job boards, followed by referrals and internal candidates, and career sites prove to be the top three online recruiting candidate sources.  Social media follows resulting in 12.5% of candidates.  Let the war for talent in 2012 begin.