Okay, its official. We are in a recession. 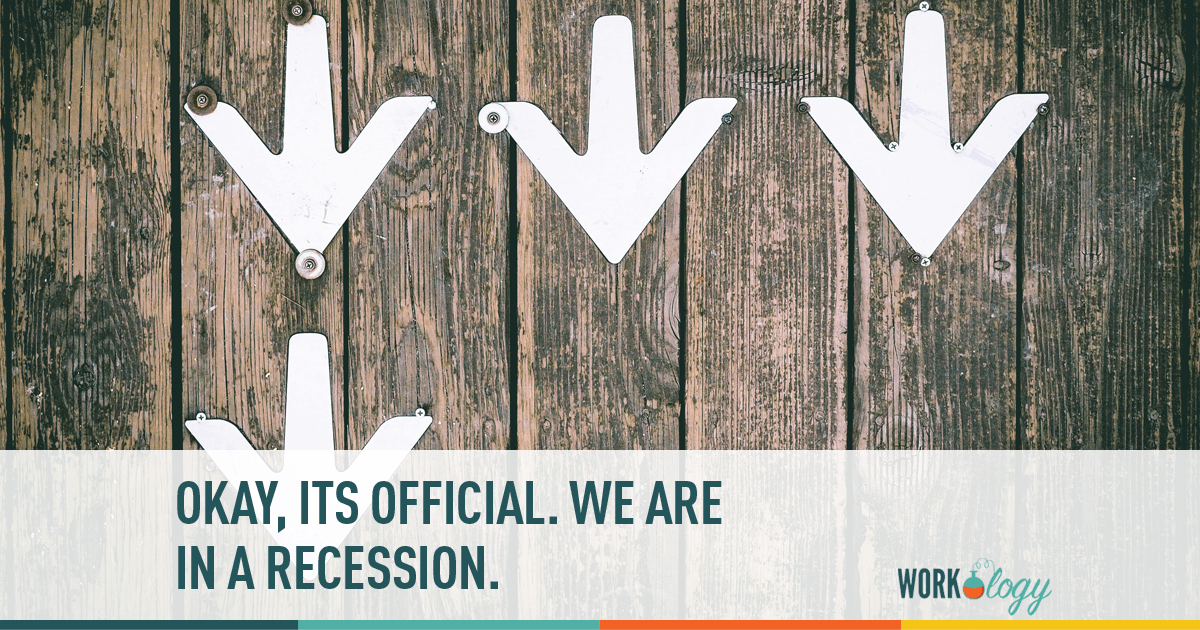 Okay, when I read this on Yahoo News I thought, well, finally… the obvious has been realized. See for yourself…

Okay, its official. We are in a recession.

It’s no longer a question of recession or not. Now it’s how deep and how long. Workers’ pink slips stacked ever higher in March as jittery employers slashed 80,000 jobs, the most in five years, and the national unemployment rate climbed to 5.1 percent. Job losses are nearing the staggering level of a quarter-million this year in just three months.

For the third month in a row total U.S. employment rolls shrank — often a telltale sign that the economy has jolted dangerously into reverse.

At the same time, the jobless rate rose three-tenths of a percentage point, a sharp increase usually associated with times of deep economic stress.

The grim picture described by the Labor Department on Friday provided stark evidence of just how much the jobs market has buckled under the weight of the housing, credit and financial crises. Businesses and jobseekers alike are feeling the pain.

“It is now very clear that the fat lady has sung for the economic expansion. The country has slipped into a recession,” said Stuart Hoffman, chief economist at PNC Financial Services Group. Indeed, there is widening agreement that the first recession since 2001 has arrived. Even Ben Bernanke, in a rare public utterance for a Federal Reserve chairman, used the “r” word, acknowledging for the first time this week that a recession was possible.

Those cuts swamped employment gains elsewhere, including at hospitals and other heath-care sites, educational services, child day-care providers, bars and restaurants, insurance companies, museums, zoos and parks. And the government, which is almost always up.

In fact, private employers have shed jobs for four straight months, though December showed an overall gain for the economy because the government increase outweighed the private loss.

March’s losses were the most since the same month in 2003, when companies were still struggling to recover from the last recession. Adding to the angst: Revised figures showed losses were actually deeper than first reported for both January and February.

All told, the economy now has lost 232,000 jobs in the first three months of this year.