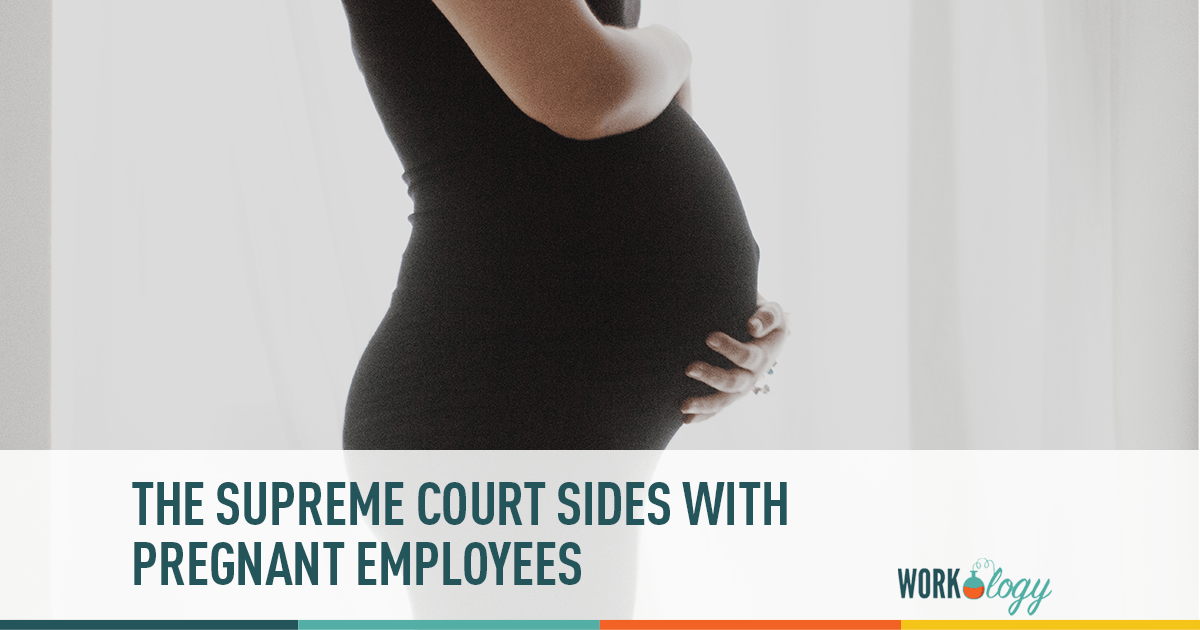 Back in December I wrote about the Supreme Court hearing arguments in Young v. United Parcel Service. The case caught everyone’s attention due to its far-reaching consequences, and for me because I had a new baby due in January (who decided to come three weeks early right before Christmas). For those of you who don’t recall, here are the facts:

In 2006, Peggy Young worked as a driver for UPS, mostly delivering overnight letters, when she discovered she was pregnant. While Young typically was not required to lift heavy packages, when her doctor provided work restrictions that limited her to lifting only 20 pounds, she requested an alternative assignment. Instead, her bosses at UPS told her she needed to take unpaid medical leave because the UPS driver position required her to be able to lift 70 pounds. Young then sued, alleging a violation of the Pregnancy Discrimination Act, which amended Title VII of the Civil Rights Act to prohibit discrimination against employees on the basis of pregnancy or a related condition.

Before the Supreme Court, Young argued that she was treated differently from other similarly situated, non-pregnant employees. Specifically, that other UPS drivers who lost their driver’s license or were injured in non-work-related circumstances were provided with light-duty work and she was not. UPS, on the other hand, argued that it did not treat similarly-situated employees differently.

In December, I recommended that you make sure to provide light-duty work to pregnant employees. And I guessed that the Supreme Court would find in Young’s favor. As it turns out, maybe I should have bought myself a few lottery tickets that day.

In a 6-3 decision, the Court sent the case back down to the Fourth Circuit Court of Appeals. The Court, rather than find directly in Young’s favor, held that Young had the right to sue UPS for failing to provide a light-duty option due to her pregnancy. The decision has a much greater reach than Young, however.

Under this new decision, employers must grant pregnant employees accommodations if they have previously provided accommodations to other employees, with similar limitations. The Young decision arguably lowers the bar for a pregnant employee bringing a lawsuit for pregnancy discrimination. I don’t necessarily think this will lead to more pregnancy discrimination lawsuits because if someone believes they’ve been discriminated against they’ll bring a lawsuit regardless of Supreme Court precedent. However, the lower bar means that the EEOC is more likely to punish employers for their conduct and could result in more cases making it past the early stages (or settling for larger amounts).

Just like any other situation where an employee is seeking different treatment for a physical issue, you need to stop and think before you make a decision. And if you’re still not sure, calling your lawyer should be your next step because if you handle this incorrectly you’ll be calling them anyway.