Obamacare and the ACAReally Isn’t That Big A Deal 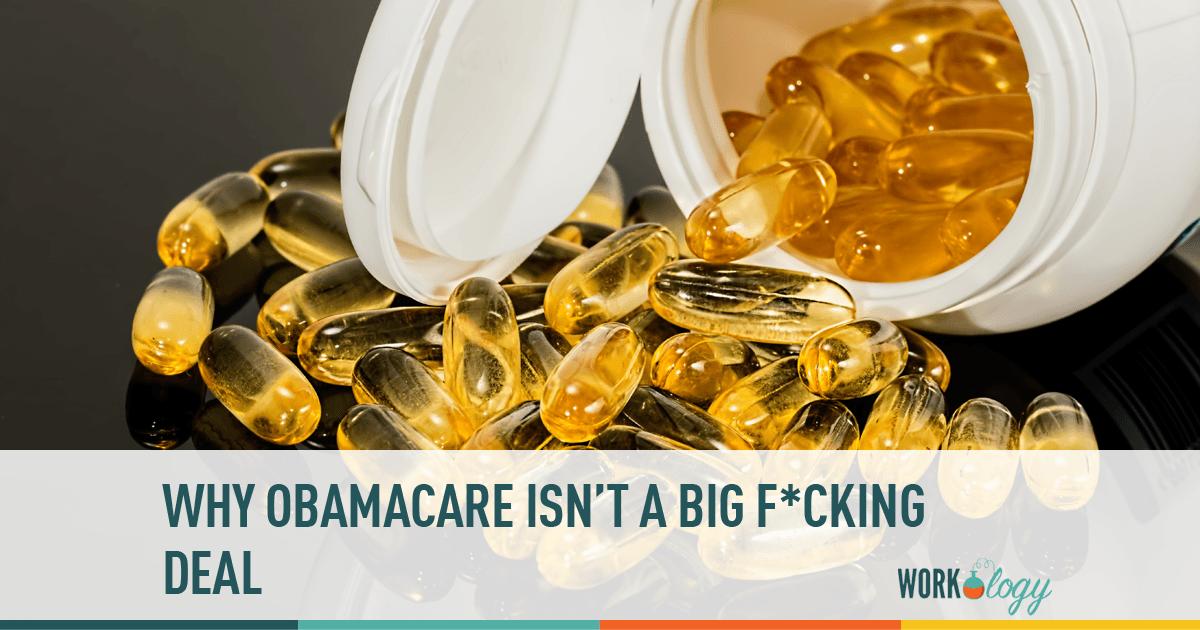 “Obamacare” … also known as the Patient Protection and Affordable Care Act or the PPACA as well as ACA survived the Supreme Court in July 2012. It survived the November 2012 election when President Obama was elected to a second term and hope of repealing/amending the law went away.

And now we’re all counting down to the PPACA-lypse of 2014!

I still remember the day Obamacare was signed. Our ever-eloquent Vice President Biden was caught on video saying “This is a big ffffing deal.” The memes started popping up all over the interwebs — and BFD became a popular phrase along the lines of LOL and OMG.

The major news coverage has been all about the retailers and restaurants cutting employee hours to under 30 per week so they do not have to provide coverage or pay penalty under Obamacare. I’m not going to debate whether or not this approach is wrong or right. As someone who has practiced HR in high-volume, high-turnover industries for my entire career, I understand the reasoning.

There are companies out there who cannot afford to take on this cost that it would take come 2014 when Obamacare is applied. That doesn’t make a company “bad” and it doesn’t mean they don’t care about their employees. That’s just the reality of their financial situation … And that’s why my only real problem with the legislation is the fines against employees for failing to provide adequate or affordable converage. The fines and the attention on them sends the message that it is employers’ fault that comprehensive, affordable healthcare is difficult for the average American (versus the actual cost of care and premiums, medical coding/billing and access to quality providers, for example). The issue is far more complex than that. If our system of healthcare really is going to be reformed so that more people will have care, penalizing employers just isn’t gonna cut it.

Employers with hourly employees who either work seasonally or an inconsistent weekly schedule will be permitted to establish a look-back period for up to one year where the employee will not be eligible for benefits. A whole 12 months. At the end of the look-back period, if the employee averages 30+ hours, the employer then has another 90-120 days to offer and enroll the employee in their plan.

That year is a lifetime for the jobs in retail and restaurant companies where turnover averages over 100% annually, even with the challenges of our current economy. So most will not be employed long enough to become eligible for coverage — and the employer will never have to pay any sort of penalty for that.

At the end of all that time, if the employee really is consistently working over 30 hours / week … well, dammit — the employer should be responsible for providing coverage!

With that much time to monitor scheduling, workflow and performance to be sure only truly full-time employees are working full-time hours, there’s no excuse! And I would have to agree with the popular opinion that such an employer isn’t a good one. Because that employer clearly isn’t monitoring the important metrics of their workforce … which probably means they aren’t focus on management and development of their employees.

And that has nothing to do with Obamacare or health benefits. That’s just bad management. Period.

Employers have the opportunity to use this look-back period to find better ways to manage labor. There is opportunity to strengthen other perks of jobs to continue to attract and retain talent, no matter how many hours they work per week. There is opportunity to change and improve so many things about how employees are recruited, compensated and rewarded as a result of the looming PPACA-lypse. If we embrace these opportunities and stop wasting energy focusing on things we cannot change, our organizations can become stronger as a result.

Now THAT’S a big deal! But Obamacare? Whatev. It’s just another law we have to comply with and enforce.

So let’s get just on with it.