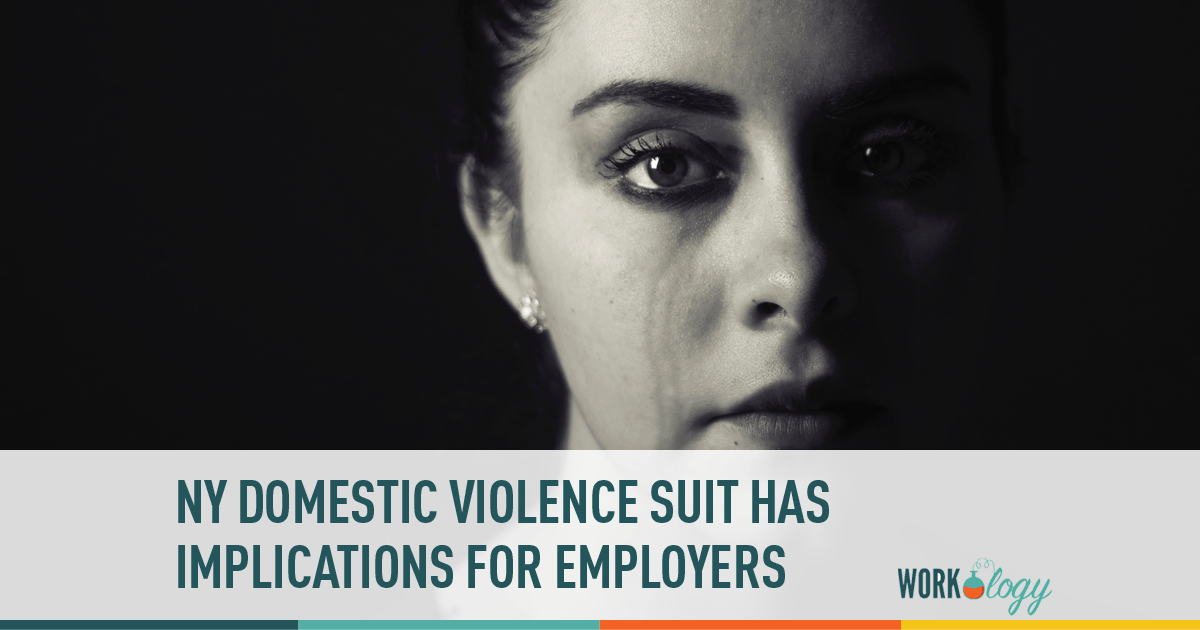 New York state retail chain Bon-Ton Stores Inc. settled a lawsuit today, over a store manager’s treatment of an employee suffering from domestic violence. Jodi Porter was sent home from work after informing her manager that she had received death threats from her estranged husband. Porter was allowed to return to work, after receiving an Order of Protection from the Attorney General, and after the store’s management team discussed changes to her work schedule to accommodate the situation. Although she was paid for the time off and eventually allowed to return to work, the court today ruled that she had been discriminated against.

“As part of the settlement, the chain must provide educational material and training to all 1,200 of its employees in New York on discrimination against domestic violence victims. Bon-Ton also will make a $5,000 contribution to the Erie County Sheriff’s Department’s Domestic Violence Unit and must guarantee it will not retaliate against Porter or any other employee for reporting discrimination.”

At issue is both Bon-Ton’s treatment of Porter and the potential impact of the work disruption — in sending her home from work, the company treated her like a problematic employee. Although Porter’s forced time off was paid, it isolated her from her team and disrupted her work life, and it singled her out as being unwelcome in the workplace. Bon-Ton’s response, therefore, punished her for disclosing domestic violence.

The settlement makes it clear Bon-Ton’s response has been found lacking and beyond the impact on the company itself, there are broader implications for employers in New York state and elsewhere. Victims of domestic violence experience tremendous disruptions in their working lives, often being ostracized, forced out, or fired. And with laws on accommodations varying from state to state, disclosure can be risky. This puts victims of domestic violence in a terrible position, one which can further endanger victims who are unable to make changes to their work routine to increase their safety. It also keeps victims from receiving the support and care that is their due, should they choose to disclose to coworkers.

Porter told the New York Times “I went there going, everything is fine, everything is fine. I was trying to go about my work, just do what I’ve got to do to take my mind off of everything. [Bon-Ton’s handling of the situation] made me feel like a victim all over again. It was like a slap in the face.”

Bon-Ton now is being pushed to implement training programs and policies, but before the incident, had no guidelines in place for dealing with domestic violence in employees’ home life. As Maya Raghu wrote on B4J back in July, employers can’t afford to wait — they need to put policies in place before such incidents occur. Bon-Ton’s poor handling of Porter’s situation not only had a tremendous negative impact on Porter herself, it has also proved to be costly to the retailer. Domestic violence accounts for $700 million in lost productivity yearly, in often simply because employers react like Bon-Ton, with panic or casual discrimination.

Whatever the accommodations required in your state, there is no reason not to plan ahead and develop a policy now — doing the legwork now will save both employees and employers a lot of time, money, and heartache.