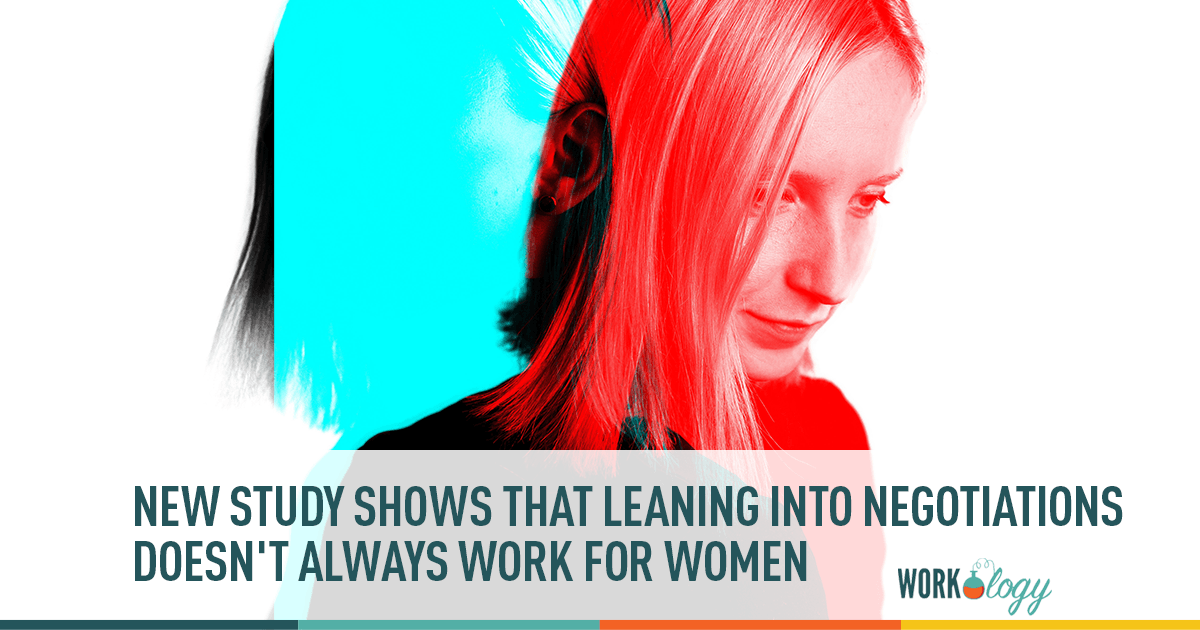 Last week Christine L. Exley, Muriel Niederle and Lise Vesterlund published a new study on “leaning in.” They wanted to know how and when leaning in might benefit women – and when it might not. What they found is that gathering your confidence and pushing harder does work sometimes, but other times it can have disastrous affects in a negotiation. It’s not that the women in their study negotiated poorly but more that they were perceived to be “too aggressive.” Leaning in, they found, is most effective in cases where managers were already inclined towards you, and totally ineffective in cases where they weren’t.

In other words, if the company culture is sexist, leaning in won’t help you change it. Instead, it’s just another excuse for a sexist manager to find a woman “difficult.”

The study controlled other factors to look closely at the results of negotiation and then split participants into two groups: one group had the choice to negotiate a salary increase or take a small hit and the other was forced to negotiate. In order to simulate negotiating conditions at work, the authors

“conduct a laboratory experiment where parties in a negotiation include one participant randomly assigned to the role of the worker and another participant randomly assigned to the role of the firm. A negotiation between the two parties centers on determining how to split a joint worker-firm revenue, which equals the sum of their individual contributions. Their individual contributions depend on their performance in a prior task. There are 10 rounds of negotiation opportunities, where each round randomly rematches participants into worker- firm pairs. All negotiation opportunities begin with a computer-generated suggested wage for the worker, equal to the worker’s contribution plus a random amount that is negative in expectation.”

In the choice group, the study found that women who chose to negotiate were very likely to succeed in gaining a higher salary, but in the forced group, participants took heavier losses. The women in the choice group explained that they did so when conditions seemed favourable but chose not to negotiate when conditions seemed unfavourable – and usually they were right. Participants were good at reading the room and knowing when negotiating would help them and when it wouldn’t. But the forced group wasn’t able to make that kind of decision; they faced higher risk and no higher gain.

The authors wrote about their study in the Harvard Business Review, and emphasized that women being more cautious about negotiation is a the result of conditions in the work world, and not a result of women being too shy to negotiate, or being socialized to be nicer. That is, it’s not that women can’t lean in or don’t want to lean in, but rather, they have read cause to worry that leaning in might backfire on them.

Sheryl Sandberg’s Lean In, published in 2013, is still having an affect on the conversation about women at work. Sandberg argued that women needed to do two things: work harder and put themselves forward more. There have been so many criticisms made about the book and about Sandberg’s overall perspective, but one of the most common is that leaning in doesn’t work for all women and it doesn’t work all the time. As we know from the gender wage gap, neither the good nor the bad falls equally among women. When it comes to the wage gap, it’s better to talk about wage gaps, since the income disparity among women is as wide as it is between men and women. 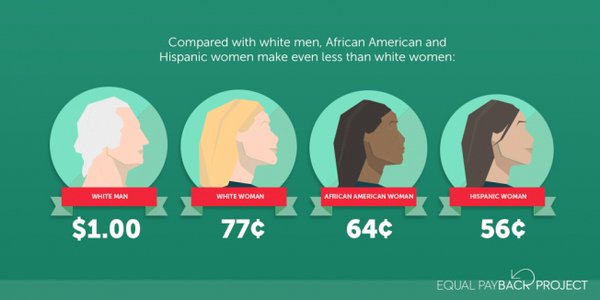 The outcomes of negotiation are just as marked by racial and ethnic biases. Black women are more likely to perceived as being aggressive than white women, stereotyped as an angry black woman, as opposed to a white woman leaning in. And the everyday working life of women of colour is full of micro-aggresssions, not just the sexism that all women experience but racism too. If speaking up, putting ourselves forward and entering negotiations is difficult and fraught with downsides for all women, it’s even worse for women of colour.

Exley, Niederle and Vesterlund argue that what keeps women from entering negotiations is knowing that sometimes the risks outweigh the rewards – it’s practical and informed risk management – and they aren’t the only social scientists arguing this. Countless studies show that the same behaviour, from men and women, white people and people of colour, is perceived differently by managers and coworkers. These biases are so pervasive that the reflect in salaries, promotion tracks and performance reviews. Last year, a linguist, Kieran Snyder writing in Fortune, looked at performance reviewed and found marked differences in how men and women were described and the kinds of feedback they received. Women were by far more likely to receive negative feedback than men: 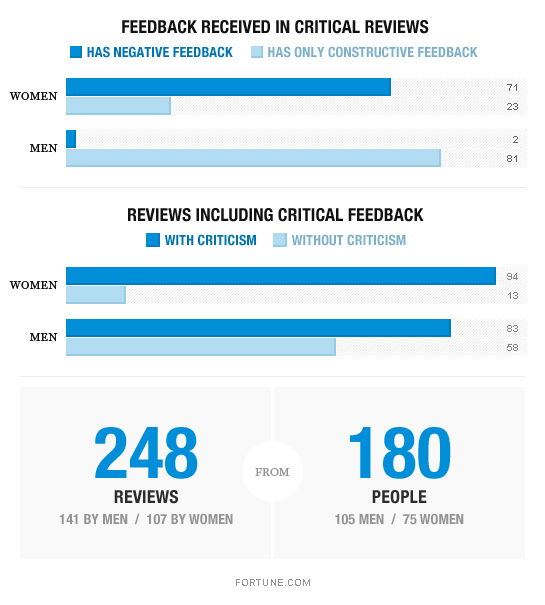 Although Exley, Niederle and Vesterlund found that negotiating is good for women at work, they also demonstrated that simply recommending that women need to lean in isn’t useful. As usual, when it comes to making the working world more equitable, it’s a hell of a lot more complicated than that.