Network TV Drama & the Little White Lies in the Workplace 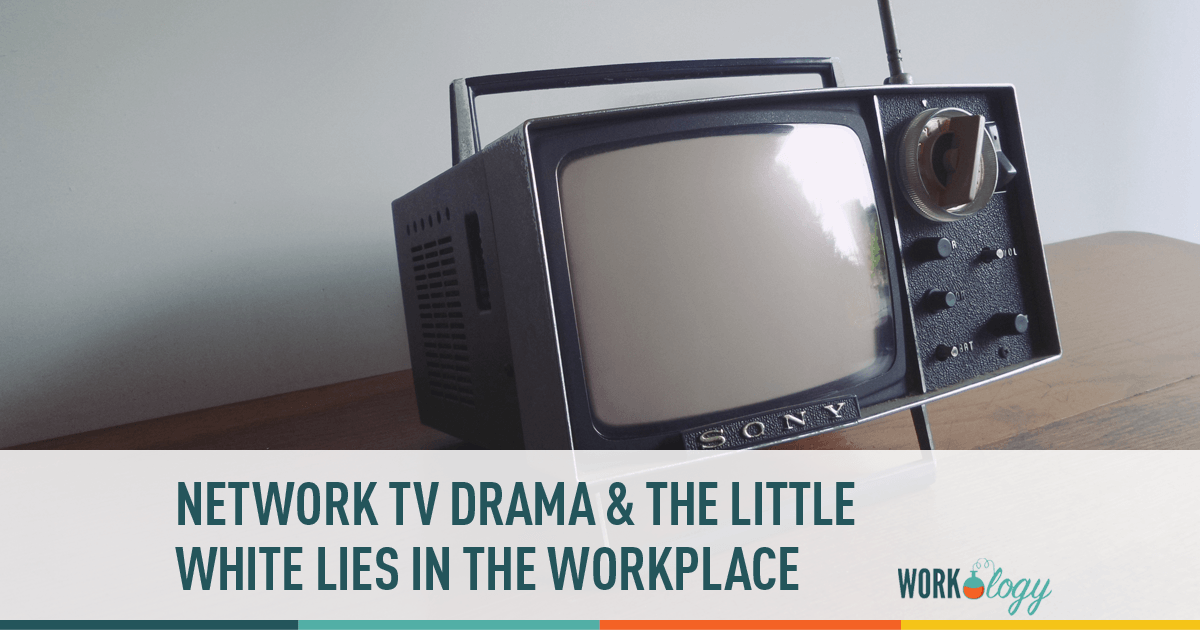 The workplace is a culture, a human echo system filled with those doing, avoiding, and lying.  It’s a veritable melting pot filled with drama, entertainment, gossip and despair.  Your office serves as the set and stage for the workplace daytime soap opera or evening network drama.  And if you have multiple locations, consider each one an individual show on the same television network.  Sometimes the devious, interesting, or most popular characters make multiple appearances.  Yes, your company is like CBS with each location serving up the drama and excitement that is Grey’s Anatomy and Private Practice.  With your management, leadership, and HR teams playing a role or running referee.

Like any good drama television or your workplace, it’s the little white lies that serve up the fun.  And by fun I mean employment investigations, sexual harassment scenarios, and broken promises.  Yes, these are the Days of Our Lives.

Network TV Drama & the Little White Lies in the Workplace

The little white lies in the workplace are the host of any good workplace drama.  Cheating spouses, thieving co-workers, and lying bosses.  You know the drill, but for most of us we like to think we’re good and honest employees.  Doing an honest days work for an honest day’s pay.  And our boss’s tend to agree especially when employee performance review time looms near.  Let the little white lie jamboree begin.

A 2006 Study by Friends Provident found that 80% of those surveyed admitted to telling white lies and 2/3 of those lies happening to be dispensed while in the office.  Makes me wonder how many of those white lies surfaced during performance review time.

Interestingly enough a 2011 study by Globoforce Workforce Mood Tracker, 51% of employee reviews are useless.  Today’s workforce thinks employee performance reviews are not an accurate appraisal of their work.  Making your manager’s white lie justified 51% of the time because you think those reviews are useless anyway.

It’s during the mid-year and annual employee performance review time where the real drama transpires.  Managers buzzword bingo our reviews to death and avoid confrontation devaluing what the actual employee review process was intended for.  These little white lies do more than give our employees a false sense of hope but also aid in falsely inflating employee egos while making it increasingly difficult for HR professionals and attorneys to recommend that a manager or company leader move to terminate an employee for unsatisfactory work performance.  These are the white lies that keep on giving and often to the tone of a six-figure settlement.