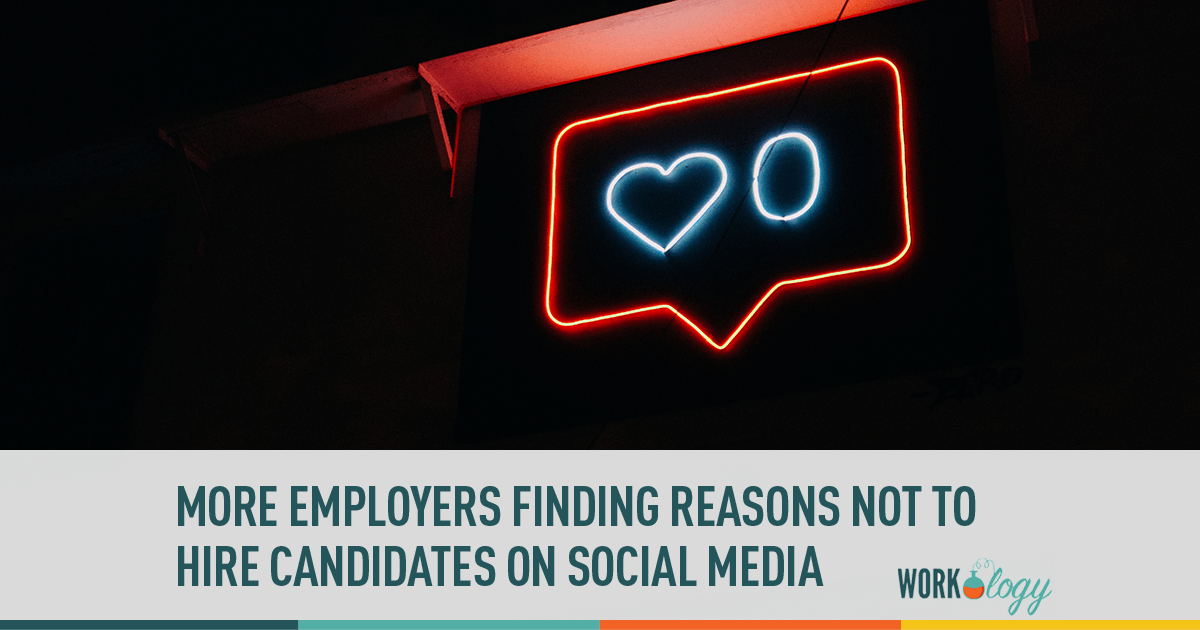 While your social media profile can be a great asset in your job search, a new CareerBuilder study shows it can also end up costing you the job. More than two in five (43 percent) hiring managers who currently research candidates via social media said they have found information that has caused them not to hire a candidate, up 9 percentage points from last year.

The nationwide survey, which was conducted online by Harris Interactive© on behalf of CareerBuilder from February 11 to March 6, 2013, and included more than 2,100 hiring managers and human resource professionals, found that nearly two in five companies (39 percent) use social networking sites to research job candidates, up from 37 percent last year.

Employers who took a candidate out of the running for a job after researching social media sites reported finding a variety of concerning content. Top mentions ranged from evidence of inappropriate behavior to information that contradicted their listed qualifications:

At the same time, some employers also noted that they came across information on social media sites that made a candidate more attractive or solidified the decision to extend a job offer. One in five hiring managers (19 percent) said they found something that has caused them to hire a candidate – top mentions include:

“Employers are using all the tools available to them to assure they make the correct hiring decision, and the use of social media continues to grow,” says Rosemary Haefner, vice president of human resources at CareerBuilder. “For job seekers it is essential to be aware of what information they’re making available to employers, and to manage their online image. At the same time, hiring managers and human resources departments must carefully consider how to use information obtained from social media and whether it is relevant to a candidate’s qualifications.”

What are hiring managers looking for on social media?

The research suggests that hiring managers are using social media to get a glimpse at the candidate’s behavior and personality outside of the interview, and are most interested in professional presentation and how the candidate would fit with the company culture.

To make sure your social media profile sends the right message, Haefner suggests:

Search Yourself – The easiest way for employers to research your online personality is a simple search on Google and other sites. Try it out for yourself so you know exactly what they’ll see and remove any digital dirt you wouldn’t want a potential boss to encounter. Some browsers may save information about you, so search from a public computer to be sure you’re getting the right results.

Read Your Privacy Settings – Social media sites change their privacy settings often, and occasionally this leads to a change in your personal settings. It’s good practice to check in on the privacy settings for all of your accounts regularly.

Showcase Your Talent – This is your opportunity to provide evidence that you are as exceptional as your resume says by posting awards and accolades you’ve received, volunteer activities, accomplishments you’re excited about, etc. Employers often search social media to learn more about your qualifications or to see that you are well-rounded, so be sure to put that information front and center.

Keep Tabs – Just because you’re being careful with what you put online doesn’t mean your friends are necessarily so cautious. Pay attention to what others are posting on your profile and what you’re tagged in to protect your online image.

This survey was conducted online within the U.S. by Harris Interactive© on behalf of CareerBuilder among 2,184 hiring managers and human resource professionals (employed full-time, not self-employed, non-government) between February 11 and March 6, 2013 (percentages for some questions are based on a subset, based on their responses to certain questions). With a pure probability sample of 2,184, one could say with a 95 percent probability that the overall results have a sampling error of +/- 2.1 percentage points. Sampling error for data from sub-samples is higher and varies.

CareerBuilder is the global leader in human capital solutions, helping companies target and attract great talent. Its online career site, CareerBuilder.com®, is the largest in the United States with more than 24 million unique visitors, 1 million jobs and 50 million resumes. CareerBuilder works with the world’s top employers, providing resources for everything from employment branding and talent and compensation intelligence to recruitment solutions. More than 10,000 websites, including 140 newspapers and broadband portals such as MSN and AOL, feature CareerBuilder’s proprietary job search technology on their career sites. Owned by Gannett Co., Inc. (NYSE:GCI), Tribune Company and The McClatchy Company (NYSE:MNI), CareerBuilder and its subsidiaries operate in the United States, Europe, South America, Canada and Asia. For more information, visit: http://www.careerbuilder.com