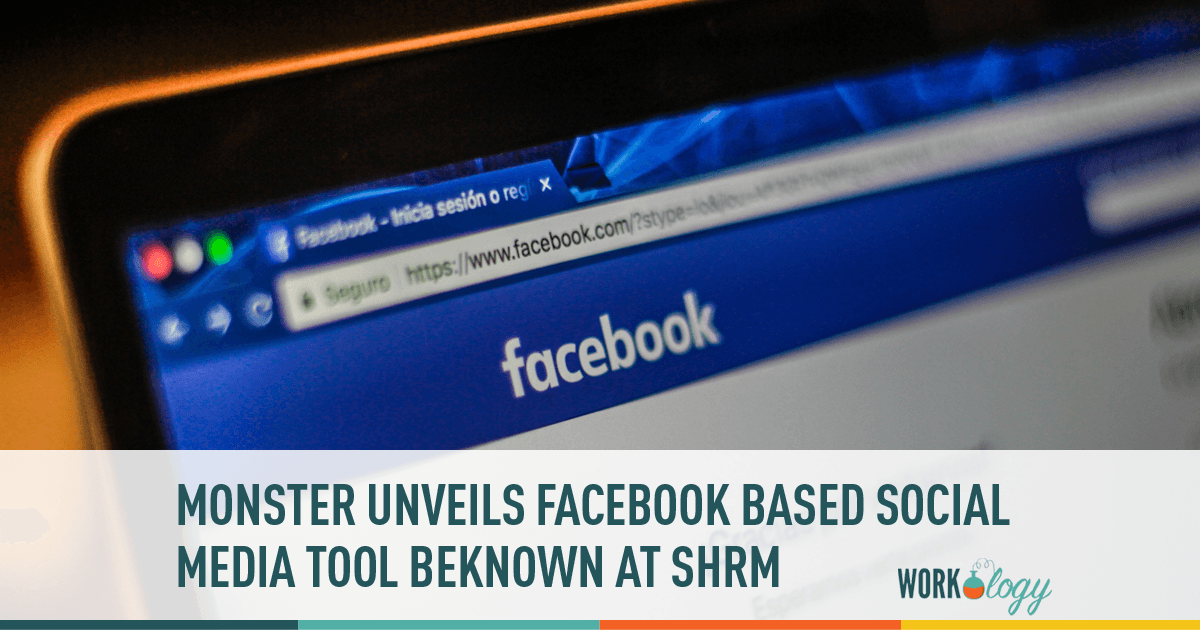 Minutes ago Monster Worldwide, most known for its dominance in the job board industry unveiled its Facebook based social media engagement tool BeKnown at the SHRM 2011 Annual Conference.  BeKnown is a professional network building platform that integrates with the Facebook API.  Users can log in and share connections, build relationships, and search for jobs using the new online tool.  Monster’s new tool is live and operating in 35 countries potentially reaching more than 460 million Facebook users almost immediately.

The rate of penetration by Monster and its ability for their product to be translated into more than 19 language puts them at a huge advantage against competitiors LinkedIn which has more than 100 million profile users and BranchOut, a Facebook style platform and tech startup that recently acquired 17 million dollars in venture capital funding.

I had the opportunity to get a sneak peak at the new tool and was surprised at how similar the platform is to BranchOut.  BranchOut also uses the Facebook API to where job seekers can relationships and apply for jobs.  Recruiters have the ability search for candidates and post openings within the network, similar to BeKnown.  Monster taps into their 6Sense Semantic Search Technology to offer what they say is better search and integration for their human resources and recruiting clients who are looking to integrate social media into their hiring and candidate recruiting strategy.

Individual platform users and job seekers can choose to share their information with their personal Facebook contacts or keep a separation between personal and professional, which is a growing concern among candidates and companies.  Like BranchOut, connections within the platform are not required to be your personal friend allowing for users to showcase their skills, abilities, and experience without worrying about companies viewing their personal photos or private protected information.

From the company and recruiting point of view, BeKnown offers a one-stop shop where positions can be posted and advertised on the site as well as their extensive network of websites and job boards.  Company profile pages similar to those on LinkedIn will be an important part of the program and part of Monster’s sales pitch to employers about building their employment brands with social media.  The reporting features integrate along with their already establish reporting capabilities making it easier for companies to add social recruiting data into their Affirmative Action Plans per OFCCP guidelines and better protect themselves in future social media discrimination employment law cases.

I was particularly intrigued about the referral feature where companies reward influential and connected members of the BeKnown community by offering them referral bonuses paid out to the referrer.  This, my friends could be a very lucrative opportunity for other recruiters or connected persons looking to make additional income in different ways.  Referrals are tracked by Monster through their reporting and analytics systems.  Companies offer referral incentives and once a candidate is hired, the referrer is paid by the company offering the referral incentive.

Monster’s new product , BeKnown is certainly expected to shake up the social media marketplace as well as SHRM’s Annual Conference making the hype almost SXSW-like.  While it’s no secret that a social media platform that integrates and provides HR reporting and analytics is needed, time will tell if and when companies are eager in taking advantage.

**This post was edited 6/27/11 & the following was corrected:  Monster will not be paying referers.  The payment responsibility lies with the company offering the incentive.