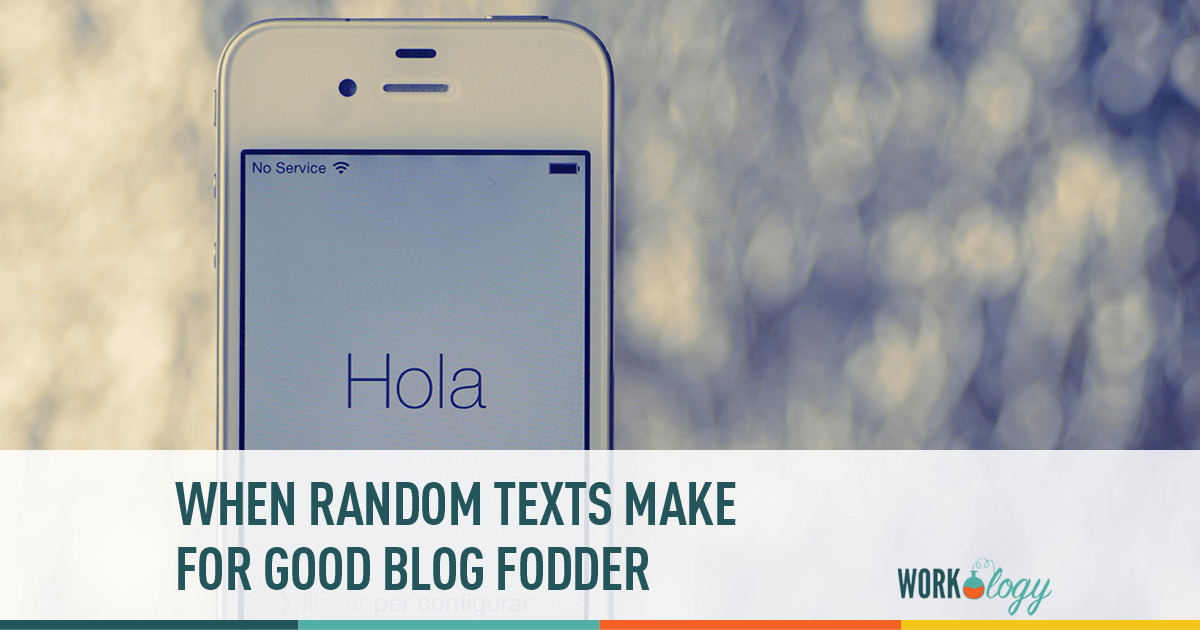 This weekend I watched my 13 year old niece (not pictured above) send about 75 text messages during an entire soccer game like it was going out of style.  I like to think that I’m pretty savvy with technology, particularly text messaging when I talk about mobile recruiting, mobile HR, and mobile jobs.  In the course of a month, I send and receive 1,500-2,000 text messages.  Many of these are with my husband as he provides me travel updates or my friends as we multi message through channels including text, Facebook, email, and even Twitter.  Personally, I prefer text to voicemail.  I’m more likely to read and respond over any form of electronic communication.

But apparently, I’m not as savvy as I thought.  My niece sends twice as many (or more) text messages as I do.  Pew Research tells us that 83% of American adults own a cell phone with 73% of them text messaging.  So as mobile communication increases in popularity, it’s not surprising that accidental or even prank texts happen.

It’s not the first time I received an accidental text, and you’ll see in a minute that it likely won’t be the last.  I get quite a few prank and random text messages.  I don’t know why.  I guess I’m just special.  My first accidental text happened just after the Oklahoma State Fair in 2009.  Some random high school guy thought he was messaging a girl he met there.  Except he wasn’t.  He was messaging me a thirty something married mom instead.

So last week when I got another random text message I decided to have a little fun. Check out the screen shots from the conversation that happened below:

The text messages you see are screen shots that happened over the course of 36 hours.  These were so good I frankly, didn’t believe it. But believe me it gets better.   Sometimes the stuff that happens to me in my life is so good I couldn’t make this shit up.  This is one of those times.  It’s blog fodder heaven.

Now, I contemplated submitting the series of text messages  you see here on sites like Wrong Number Texts or Damn Funny Texts instead of my own, and maybe I will, but I’ll leave that up to you and until a later date.  I know many of you reading this are balking at the bright read circle telling me that I have 42 unopened messages at the bottom of the screenshot.  Don’t.  These are from my Google Voice Number.  Transcripts of voicemail messages are sent to me via text message and email.  Missed calls to my Google Voice Number show up as missed calls just like yours.

Our texting conversation continued for a couple more screen shots where the girl asked about my blog.  The conversation sort of ends there until it seems the brother got ahold of her phone again, and frankly, I got bored.

What’s the funniest and/or most random text message you ever received?   Please leave a comment below and share.  I seem to be a magnet for these random messages because just today I got the oddest canned email from a job seeker which I plan to share at a later date.  Looking forward to your stories, responses, and dialogue below . . . Don’t you worry.  I’m sending a text to that number as soon as this blog post goes live . . .