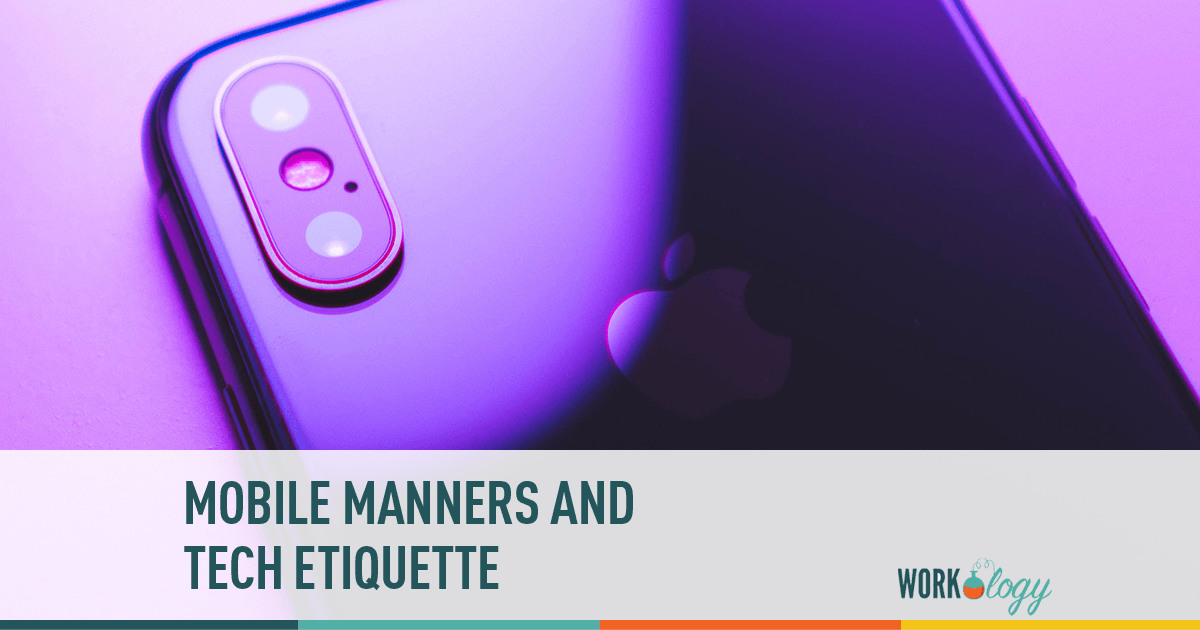 Mobile Recruiting week is sponsored by our friends, RXInsider and their new mobile app tool, CEAppCEnter. Learn more about mobile recruiting by registering for our webinar on 5/22 at 11 AM EST. Click here. Don’t forget to follow the Twitter hashtag, #mobilerecruit.

I know, I know, we’ve all heard about Mobile Manners, and we know what’s right and what’s wrong when it comes to Tech Etiquette.  We’ve all seen that other guy being rude, talking or texting on his device at the same time he’s placing his coffee order.  And, you’re thinking, nope – I would never do that; it’s always that other guy.  But sometimes, we end up being that other guy, because ‘we’re busy’, or ‘it’s really important’ and ‘it will just take a minute – I promise’.  And we think the rule isn’t meant for us at that moment.  ‘But I have a valid excuse.’  Really?

When you’re engaged in good old-fashioned ‘face-time’, bottom line – you need to give 100% of your attention to the person in front of you, not the device in your hand.  Yes, we all are guilty of breaking that rule (me included) at some point.  So I thought it would be great to touch on some of the Mobile Manners we see slipping now and then (again, me included).

Yes, it’s great in the car and allows you to operate hands free, but leave it in the car.  No one wants to carry on a face-to-face conversation with you looking at that thing growing out of your ear.  Sorry to say, but it looks like your pet cockroach is whispering sweet nothings to you.  Take it off.

Again, take them off when speaking face-to-face with others.  When you leave the ear buds in, we’re left to wonder – did he catch our conversation?  Or was he channeling his inner Kevin Bacon?

Tablets and other electronics in meetings

Take a look around the conference table.  What are the senior executives using to take notes?  Do they have tablets, or are they using pen and paper?  Follow their lead.  Sometimes you may have a bit of a generation gap when it comes to acceptance of technology.  If management is not 100% onboard the technology train, they may think you’re being disrespectful and ‘surfing the net’ during the meeting.  You’d hate to derail your career because of their perception.

t’s no secret or surprise that many people use fast-casual-dining sites as their temporary office.  Be respectful of the restaurant and of the other patrons.  Don’t camp out and take up valuable table real estate during peak times.  Be careful of phone conversations as well.  Your neighbors don’t want to listen to all the gory details of the disrespectful recruit you’re dealing with.

Yes, Google glass is cool. But they’re also really new and still widely misunderstood.  And you obviously don’t want to come off as a creeper.  Just like sunglass etiquette, take the glasses off until you’ve established basic introductions and have made it through ‘first impressions’.  Then you can introduce the device and explain to your colleague why you’re wearing them.

Again, 100% of your attention should be given to the person in front of you.  Put the device away.  Especially during a business lunch or meeting.  Have you tried the Phone Stack game?  After everyone has ordered (or when the meeting commences), the group stacks their phones face down on the table.  The first person to touch his or her phone during the meal picks up the tab for the group.

Yes – we all know that rules are meant to be broken, just be careful when you break them.  If you’re amongst peers who are technically savvy and multitasking, then you can follow suit as long as everyone keeps the basic rule of Respect at the forefront.  Problems arise when someone crosses the line and is disrespectful with their technology, giving it precedence over the humans in their presence.  When you break the rules of Mobile Manners and Tech Etiquette, those around you will perceive you to be rude and disrespectful.  As well all know, perception becomes reality and if someone perceives you to be rude, then you’re rude (in their eyes).  And it’s going to be a long and hard road to change their mind.  Is it worth it?

Mobile Recruiting week is sponsored by our friends, RXInsider and their new mobile app tool, CEAppCEnter. Learn more about mobile recruiting by register for our webinar on 5/22 at 11 AM EST. Click here. Don’t forget to follow the Twitter hashtag, #mobilerecruit.