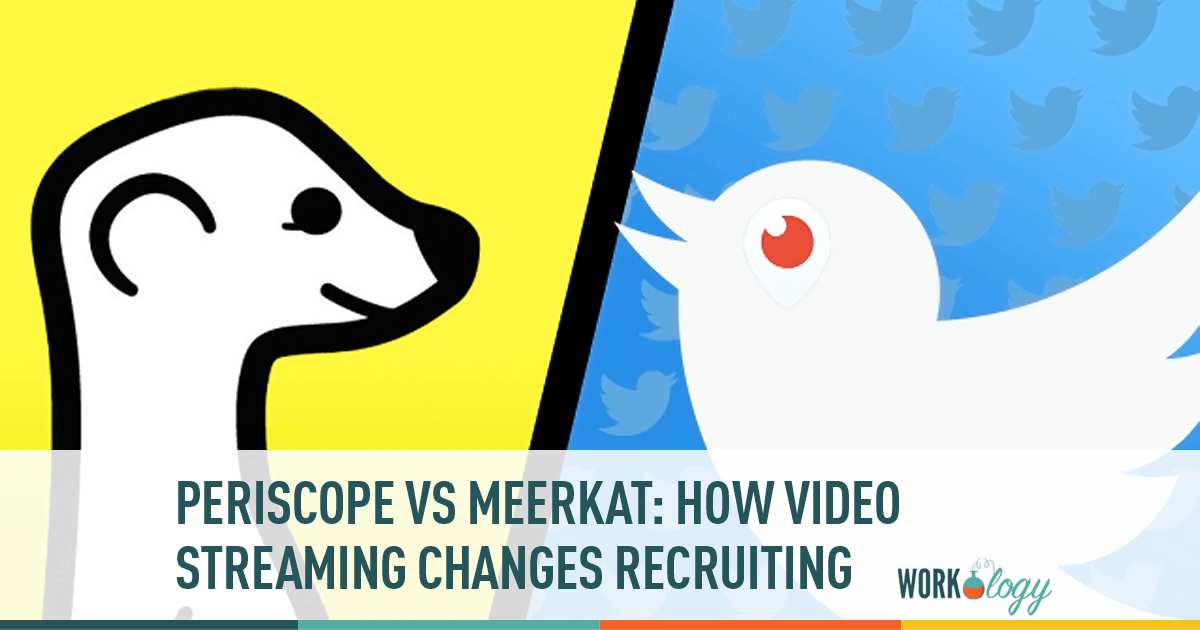 The mobile experience is changing every aspect of our life. With the capability of a little gadget with a 5 inch screen, tablets and smartphones enable us to access information, communicate with friends, and conduct business. Two suitors who are bringing video streaming to the people are mobile’s newest love interests. Meet Periscope, the newest app from Twitter, and Meerkat, its rival. These two video streaming services are competing for our attention and staking a bet that users of social media will share and now stream every second of their lives.

Periscope vs Meerkat Are Where It’s App

Meerkat and Periscope are nothing more than apps that live broadcasts video directly from your mobile device. Both rely on users to grow their followings, advertise their broadcasts, and use video to communicate intriguing elements of their life in real time. There aren’t many differences between the two. Both enable for customers to watch video either live or after the fact, and can be automatically posted to a YouTube channel rather effortlessly with a few minor adjustments. I recommend Katch as it allows Meerkat users to upload your video directly to YouTube with a simple hash tag.

Video streaming isn’t new. Lifecasting isn’t new either. In 2007, web celebrity iJustine captured millions of video viewers attention and the media by wearing a webcam and live streaming her entire life. I’ve had the pleasure of meeting iJustine and have taken an interest in the increase of entrepreneurs also like myself who make their living blogging, consulting, YouTubing and sharing all online. You might not know but I had the first internet livestreamed television show for jobs seekers from 2009-2011. It was called Job Search Secrets.

Wondering about the power of video? Just take 5 minutes to scroll through your Facebook feed and count the number of videos that are present. We’re netflixing, live broadcasting and blogging all using video. It’s estimated that 74% of all web traffic will be video related by 2017.

When Meerkat launched during SXSW, the social media and technology community took interest eager to put to use those selfie sticks and video share in real time. Meerkat quickly gained momentum and is listed among the most popular 160 apps. Twitter launched it’s Periscope several weeks later after acquiring the company for just under $100 million in January 2015. The media response as it relates to these video live broadcasting apps has been huge. And still people are questioning if there’s something to this video thing.

Recruiting in its history is a transactional process. Candidates are put through the paces engaging suitors with which they want to work for: application, selection and offer. Technology like video streaming doesn’t revolutionize recruiting. It does, however, help move along the candidate experience movement. Candidates are in control of their destiny, and they are expecting engaging, courting and a relationship with the employment suitors they are seeking. I call this Candidate Experience 2.0 or Candidate Empowerment where job seekers don’t simply want an automated email from the ATS. They are demanding engagement, conversations and relationships with real people at their perspective company.

Recruiters can bet on an increase in candidate interest when it comes to video because that’s what the consumer marketplace is doing. Heck, it’s where the internet as a whole is moving. As for video streaming applications like Meerkat and Periscope for recruiting, I see use in the following ways:

Yes, it’s worthwhile to take the time to study, consider, and comprehend how recruiters could use video live streaming tools like Meerkat and Periscope for hiring and recruiting. The difficulty, as with everything tech-related, lies in how to modify a consumer product for the hiring and recruiting market while also keeping an eye out for the newest technology, tool, or application.

Beyond sales and marketing, recruiting is a function. Today, a department in charge of engagement and communication must include technology into all they do. As individuals become more involved, at ease, and visible online, the tasks of our recruiting and talent acquisition teams are becoming more important than ever. What adjustments to your hiring procedure do you believe video broadcasting will make? I’m interested in hearing from you.