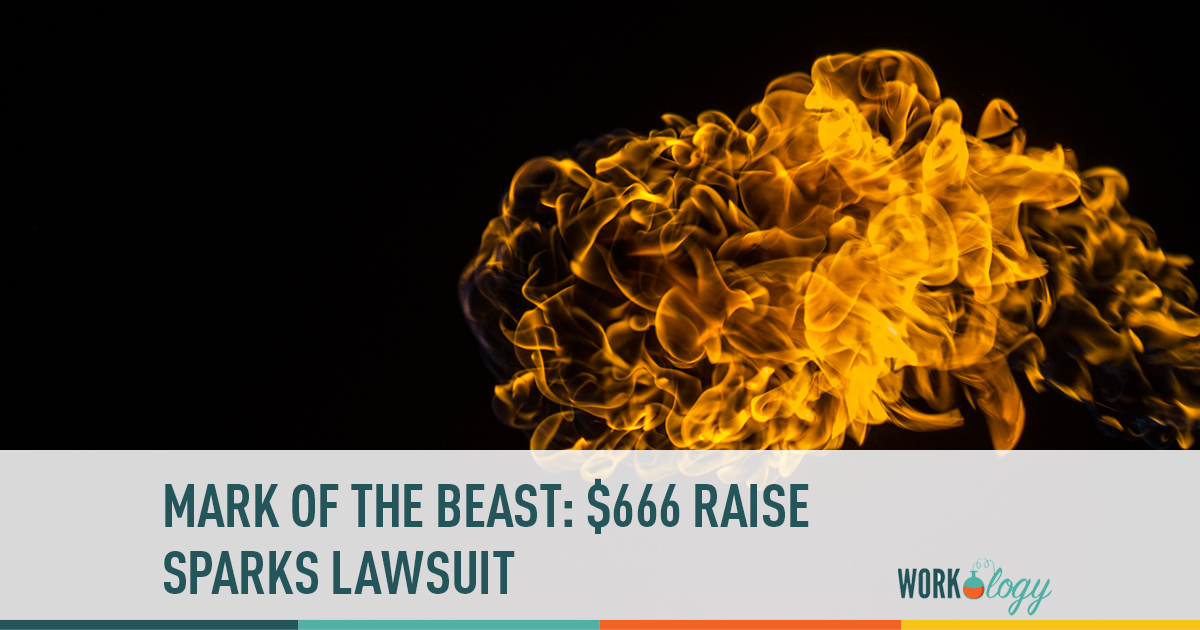 After receiving a $666 raise, law professors Sheldon Gelman and Jean Lifter decided to sue their employer, Cleveland State University. It’s not that their raise was so small ($666 works out to about $13 dollars per week), but that CSU had upped their paycheque with the mark of the beast.

Gelman and Lifter argued that 666 is a “universally” understood symbol of the devil and/or devilish things, and so receiving a raise of $666 could only be a slight. Gelman and Lifter are active union organizers and have often found themselves at odds with the law school’s dean, Craig Boise, so some form of retaliation wouldn’t exactly be unexpected. Even the best employers have bad impulses. But while retaliation against union organizing is too common, a raise seems like a pretty unique form of punishment.

Alas, last week the 6th Circuit Court of Appeals ruled that CSU wasn’t retaliating against the couple, or cursing them, or informing the world that they were in fact a strange double anti-Christ come to end the world as we know it. They said,

“After ranking the law school faculty based on objective, self-reported indices of performance, [Boise] divided the faculty into three performance tiers: a $5,000 merit-raise tier, a $3,000 merit-raise tier, and a third ‘catch-all’ tier. … Evidence in the record supports Boise’s account that, at least initially, third-tier faculty members were supposed to receive $727, a number that has no biblical significance. Only after the merit pool was reduced, and only after Boise made several minor equitable adjustments to the merit-raise distribution, did Gelman receive a raise of $666.”

That is, the raise wasn’t discriminatory or retaliatory because union and non-union professors received the same raise and because there was a very good reason for the exact figure. But the ruling doesn’t leave out the possibility of our knowing the devil through future $666 raises, so… keep an eye on your paycheck!