Where Does Your Nametag Go When Networking? 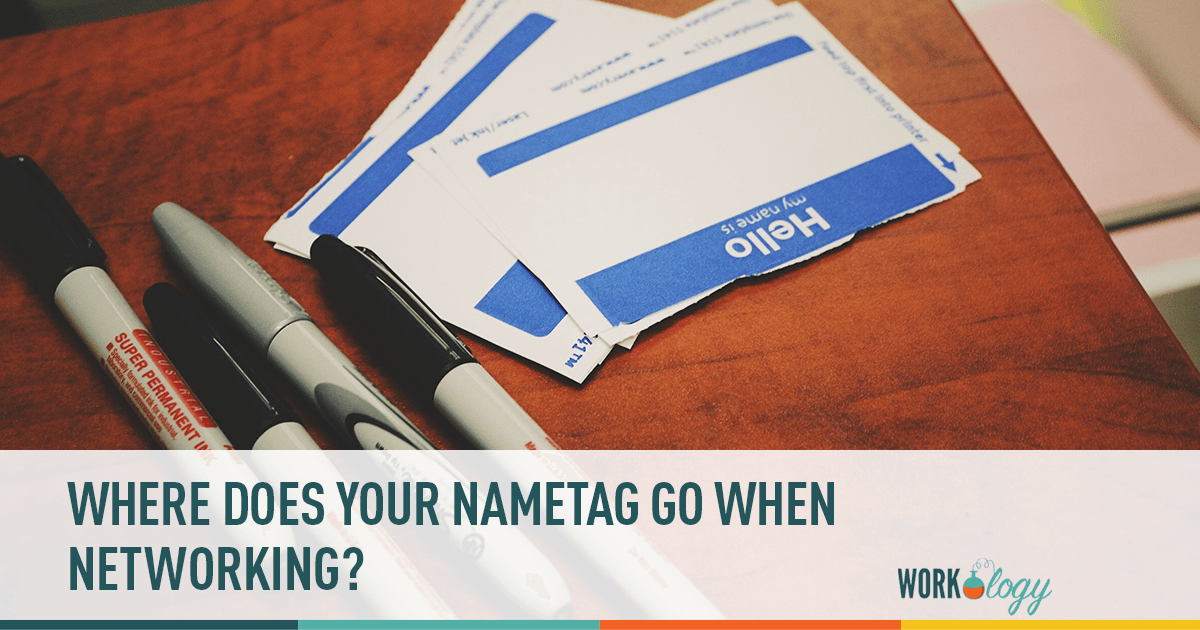 Networking is not a task you can outsource.  You are the only person who can truly network for you. Etiquette can be a great tool to help make a personal connection during the networking process.  When we connect with others focusing on respect, honesty and kindness, instead of ‘what’s in it for me’, it helps to build powerful connections.  Natural connections that will create friendships, and friendships create amazing networks.

Instead of dreading the next networking event, look at it as an opportunity to make new friends; people want to do business with friends and people they know – people they trust.  It’s about building relationships BEFORE you need them.

When an opportunity presents itself to meet new people and “network”, even those who are most shy can be successful by asking a few open ended questions and listening.  So often we’re worried about what we are going to say next.  Instead, just listen… and continue to ask questions, you will find that more often than not, the conversation starts to flow and before you know it, you feel as though you are talking with a new friend.

The next time you head out for a networking opportunity, give yourself a goal of meeting ____ “new friends”.  After the event, take some time to figure out how you can help your new friend make another connection.  It takes the anxiety out of the situation and replaces it with a feeling of satisfaction and accomplishment.  Then watch as your network grows…you might even begin to look forward to networking opportunities.

When attending a networking event, place your name-tag on your upper right chest, close to your shoulder (but not too high).  It’s not a ‘deal breaker’, but extremely helpful to those whom you are meeting.  When extending your hand for a handshake, your body tends to shift a bit to the right.  By positioning your name-tag up high, the person you are meeting will easily be able to view your name during the introduction.

What tricks do you have to make networking enjoyable?