Managing the Jay Cutler on Your Team 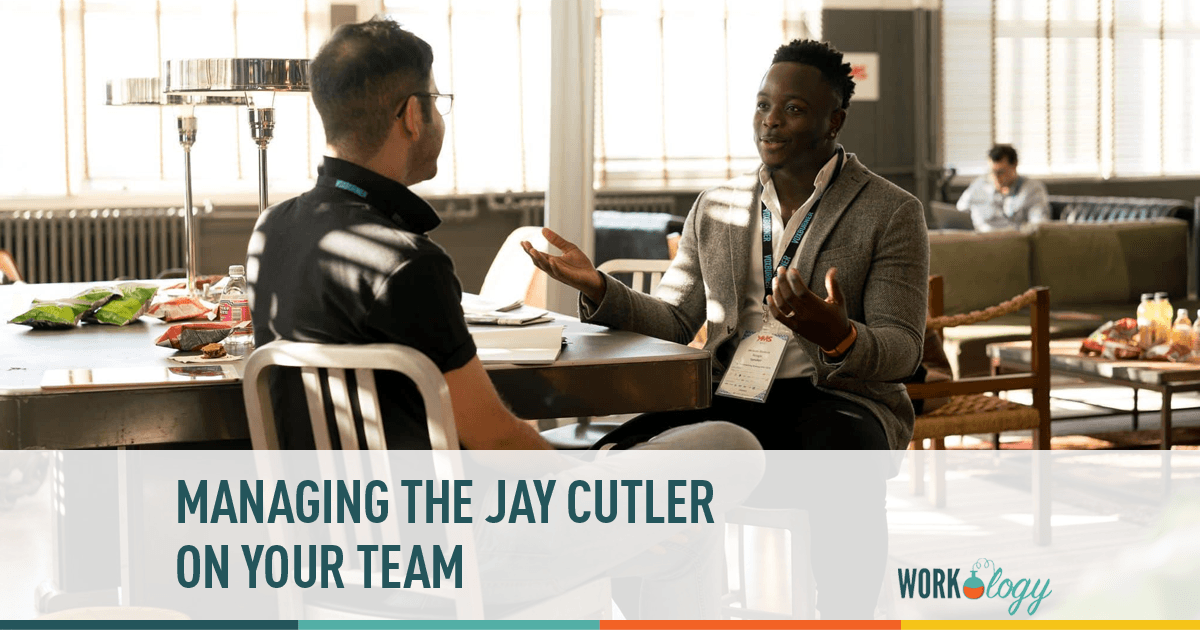 Sunday was another excruciating day as a Chicago Bears fan. After seeing the Bears beat the Atlanta Falcons last week, I sat through a game where Chicago’s quarterback, Jay Cutler threw an interception, had two fumbles and only threw for 190 yards;  Compared to last week against the Falcons when he threw for 381 yards with a touchdown.

NFL fans know that Jay Cutler isn’t Tom Brady but he has great games that get you excited about the Bears and then there are games (like Sunday’s against the Dolphins) where you question why the Bears are paying him $54 million.

Great one week. Awful the next.  How does a coach address this inconsistent performance? Where do you start?

Erratic performance is something all managers/coaches deal with regardless of the setting. Our organizations have just as many moving parts as a football team which makes dealing with inconsistent performance just as tough and frustrating.

So how do you deal with the Jay Cutler’s of the work world? Someone who is capable of great work but is also capable of having unpredictable meltdowns that result in nightmare performances.

A few suggestions, assuming this is someone you want to keep on your team:

What do you do if you have tried all of the above and more but still aren’t seeing better performance? Explore other options. Is there a job better suited for the person on your team or on another team? Can you re-allocate responsibility to play to this person’s strengths?

Dealing with erratic performance issues is frustrating, you see moments of great performance but you also have to deal with the soul crushing taste of defeat when the person fumbles…well maybe not soul-crushing. But you know what I mean. It sucks to see a teammate struggle. As a manager you are uniquely situated to help someone find their strengths. My suggestions are a start. What would you  do?