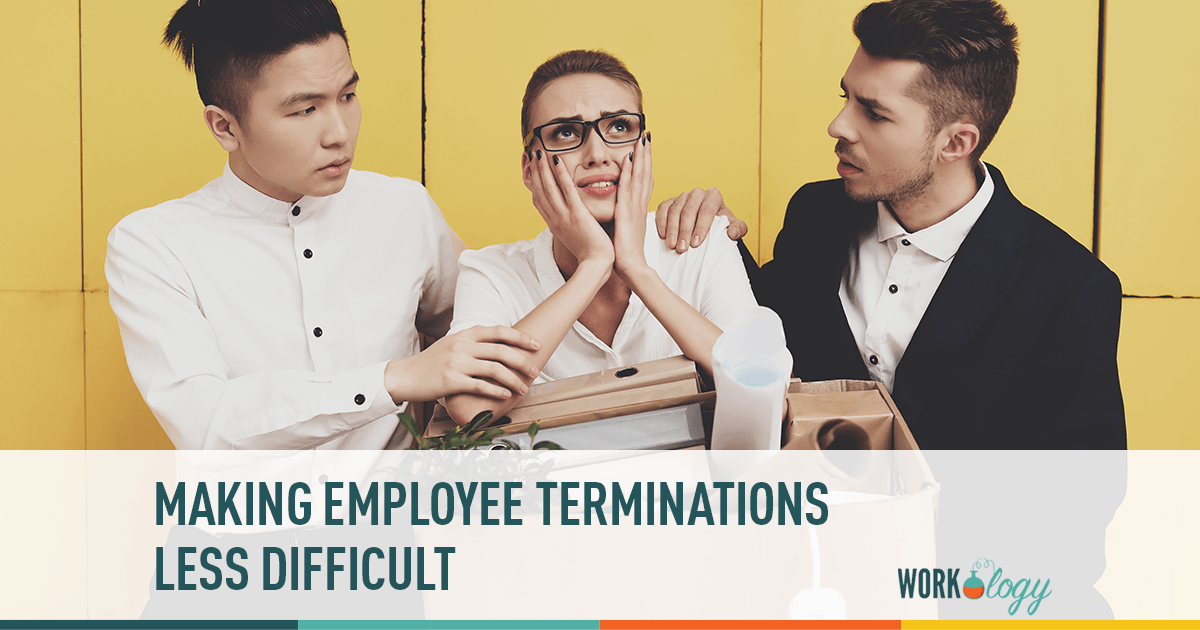 In my last blog post I talked about corrective action. When we train managers, we tell them that the purpose of corrective action is twofold: it provides us with documentation and it serves as a way to give employees the tools they need to improve work performance and stay employed. Unfortunately the end result is not always an improved work performance, and we sometimes find ourselves making the difficult decision to let someone go. In today’s post, I will look at how to make the termination process a little less difficult.

Terminations would be easier if every employee who needed to be fired was like Gob Bluth from Arrested Development. No one would have any qualms about firing Gob. His rare efforts to work for his family’s company usually result in disaster, and he often does little more than collect a paycheck without having done any work. In fact, you would probably feel pretty good firing him.

In real life the decision to fire someone is often difficult. Think of a time a manager called you to talk about an employee who was having repeated work performance issues. For example, the manager explains a situation with an employee who consistently gets bad customer service complaints. The manager has coached the employee and given her several written warnings, including a final warning. Nothing has worked. The latest complaint involves the employee yelling at a customer. The manager knows what needs to be done but is reluctant to let the employee go. She is a single parent who is struggling to pay all of her bills. On top of that, her car recently broke down, so she must now rely on the bus, which means she has to leave for work 45 minutes earlier in order to get there on time. Sound familiar?

You want the employee to do well, you know she is juggling a lot in her personal life, and you hope that she will respond well to corrective action; however, she has not. To make things worse, this time she actually yelled at a customer. If you do not fire her, you send the message to other employees that the company is lax on discipline.

Failure to follow through on a termination can also increase your chances for a wrongful termination lawsuit. Consistency is important. How have similarly situated employees been treated in the past? If someone in this position is usually fired, you should move forward with the termination. Failure to do so could be seen as discriminatory when other such situations arise.

The termination meeting can be incredibly nerve-wracking. I have done terminations with managers who almost broke down in tears during the meeting, and I have nearly gotten emotional myself when I have seen how hard some employees take the news that they are losing their job. One of the best pieces of advice I got about terminations early in my HR career was this: Remember that it’s not about you.

Going back to our employee with the customer service issues, the manager gave her several chances to improve; however, she still yelled at a customer. It is a little like the teacher who tells her student that she did not give him and F; he gave himself an F by not studying. The same thing goes for an employee who still does not follow policy after several warnings.

I have worked in HR for ten years, and have done many terminations. I have always told myself that the day I become callous about terminations is the day I need to leave HR and find a new job. I also tell this to managers I have worked with. It is a hard part of the job, but we can make it a little easier by being consistent, thorough and sensitive.

What are some ways that you make the termination process a little less painful?