Make More! is Mindless Factory Work for Your Thumbs 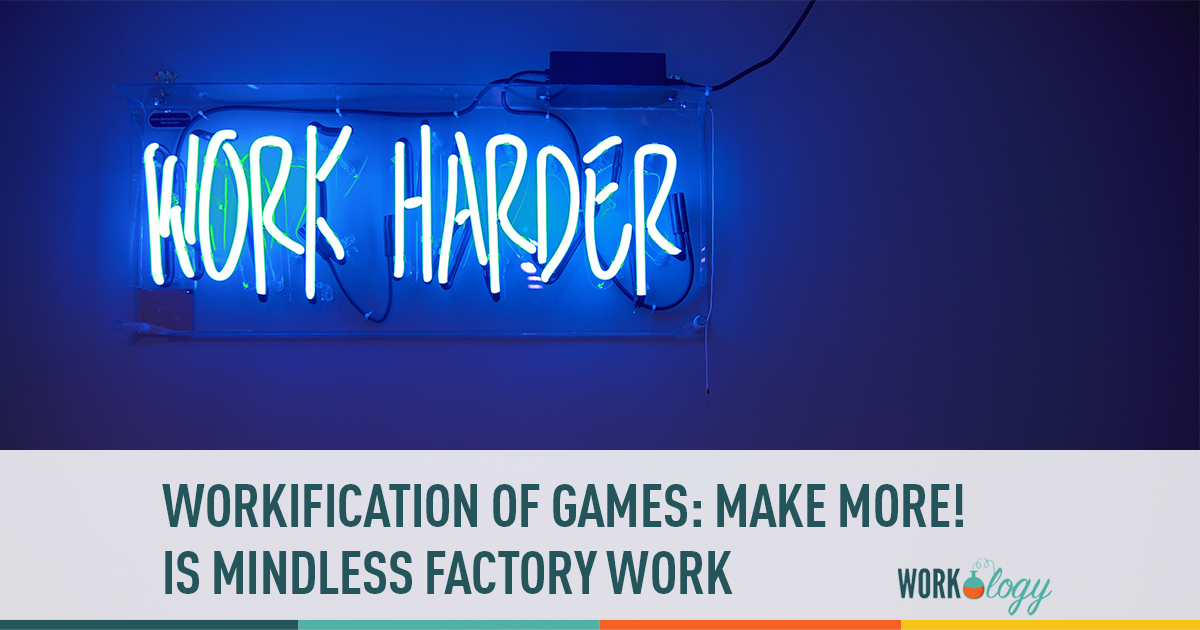 So why not look at the other side of things, the workification of games? In this new series B4J will be looking at games that are set in workplaces and that mirror workplace tasks, and the thin line between work and play.

Check out Al’s first column on workifcation, a review of Office Freakout. 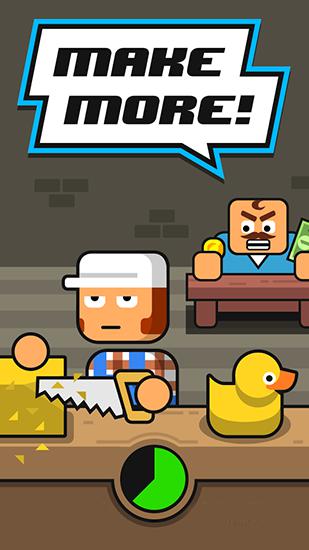 Make More! is Mindless Factory Work for Your Thumbs

Make More! is a game about mass-production. You, the player, are the Big Boss at the head of the factory floor. (You’re not the Biggest Boss, you still have him to answer to in another screen.) Your factory is small, just enough space for nine workstations and yourself. The company you run on your iPhone or Android device creates … things. Your projects range from skull decorations to gears to rubber ducks. It doesn’t matter what the item of the moment is though, because your real goal is to make money.

You, as The Man, aren’t required to do much. At the outset you have to hire workers to fill those nine worktables, which is easy to do as there is a line of people waiting to be employed outside of your building. Here in the United States that makes sense to us. According to the Bureau of Labor Statistics, 12.3 million people in the United States are in manufacturing. There are also many workers who have lost their factory jobs since 2000 due to robots. The United States lost “5.6m manufacturing jobs between 2000 and 2010” according to the Financial Times due to automation.

After you’ve found your workforce, you put them to work! These folks are every money-hungry CEOs dream: they don’t ever leave, they don’t eat or use the bathroom, they just work. If you leave them alone for too long though, they’ll fall asleep. These employees are kept happy by work, and you keep them working by pounding on your table. That’s right, your entire job is to tap your thumbs as quickly as possible onto your screen to make your fists and employees work faster. The faster they work, the more junk they make, the more money you earn. 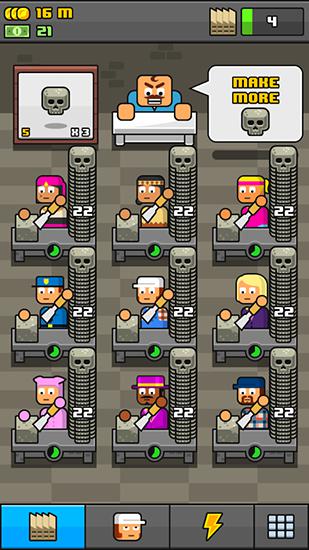 You spend that money on upgrades that will help you earn even more money down the road. You can upgrade the worktables to hold more items so that you don’t have to collect the good so often. You can spend money to make your employees work faster, which is helpful as the game progresses and the items take more time to make. You can make your own table punches more effective. And you can buy more factories to fill with more employees for more item manufacturing to make more money. What a cycle!

Though it seems as though all of the money is going straight to your company’s improvement, real life factory jobs don’t function in quite the same way. From CNN Money: “Since the 1960s, manufacturing has always paid substantially more than the minimum wage. Even today, the manufacturing jobs that remain average $20.17 an hour. That’s nearly three times the federal minimum wage. It’s enough to vault a worker solidly into the lower middle class, although he or she still would earn less than the true middle — $53,657 a year.”

Your workers never leave though, so it seems as though they’d never need the money. Although each seems to have a different gender, race and personal aesthetic, they are essentially robots doing your bidding. As a metaphor for real life factory life there are many shortcomings. Your factory expands and continues to be lucrative for as long as your fingers continue to tap-tap the screen, even while factories in the States are shutting down.

Al Rosenberg founded the games section of Women Write About Comics (now SideQuest) and is now a freelance editor and Director of Marketing & Communications for a national Jewish nonprofit.
Search