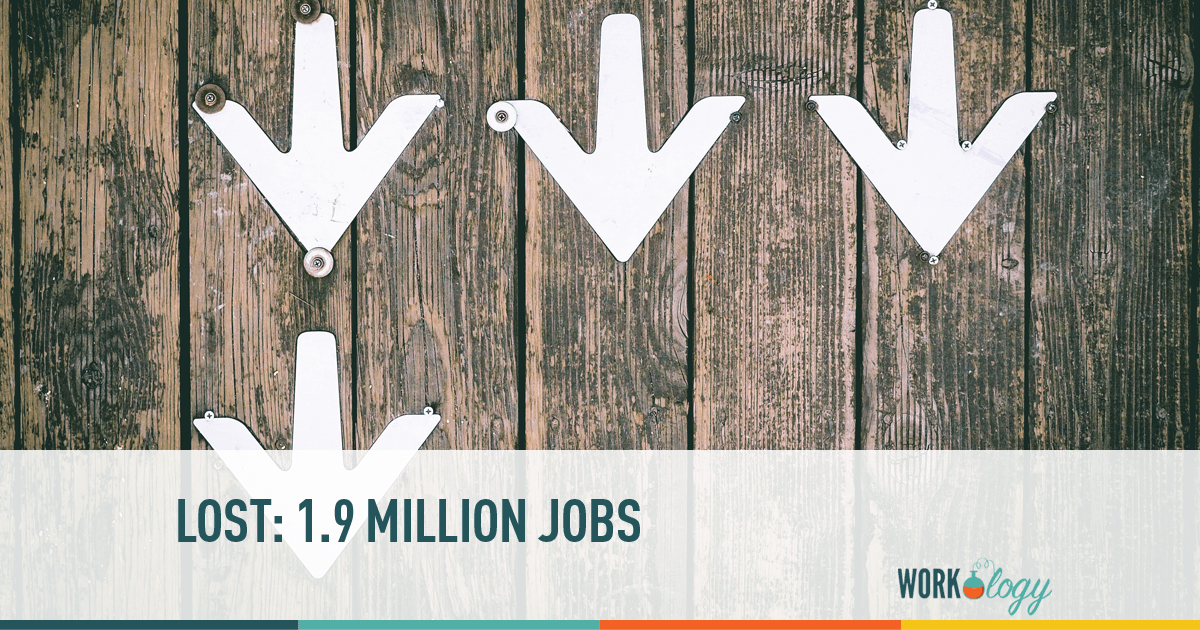 NEW YORK (CNNMoney.com) — The economy shed 533,000 jobs in November, according to a government report Friday – bringing the year’s total job losses to 1.9 million.

November had the largest monthly job loss total since December 1974.

But the job market expansion leading out of the previous recession was drawn out and tepid, so the jobs lost now are more at the core of the nation’s economy – a perilous sign.

According to the Labor Department’s monthly jobs report, the unemployment rate rose to 6.7% from 6.5% in October. Though lower than economists’ forecast of 6.8%, it was the highest unemployment rate since October 1993. The rate is compiled in a separate survey from the payroll number.

The revisions brought the 3-month job loss total to 1.3 million. That’s equal to two-thirds of this year’s total job losses and the third highest, three-month job loss total since World War II.
November’s report provided the first glimpse at employers’ reaction after the peak of the credit crisis, reached in mid-October. With credit largely unavailable and expensive, consumers scaled back their spending, dragging down manufacturing and construction businesses.

Travel has also been trimmed, with would-be vacationers opting to stay close to home.
Job losses were spread across a wide variety of industries: manufacturing, leisure and hospitality, construction and even, in the midst of the holiday shopping season, retail.
Also seeing sharp declines were professional and business services, a category seen by some economists as a proxy for overall economic activity, and financial services, at the heart of the current crisis.

With the economy in a recession and most economic indicators signaling even more difficult times ahead, economists say job losses will likely deepen and continue through at least the first half of 2009.

According to a report by the outsourcing agency Challenger, Gray & Christmas, planned job cut announcements by U.S. employers soared to 181,671 last month, the second-highest total on record.

Temporary employment, including workers employed by temp agencies, fell by 100,700 jobs last month, the highest on records that go back to 1985. That could mean even more full-time payroll reductions to come, as employers often cut temporary workers before they begin cutting permanent staff.

“CEOs are trying to get their businesses better positioned for the start of the year so they’re not constantly chasing the slowdown” he said. “December will be another very tough month.”

In another sign of weakness, a growing number of workers were unable to find jobs with the amount of hours they want to work. Those working part-time jobs – because they couldn’t find full-time work, or their hours had been cut back due to slack conditions – jumped by 621,000 people to 7.3 million, the highest ever on records that date back to 1955.

The so-called under-employment rate, which counts those part-time workers, as well as those without jobs who have become discouraged and stopped looking for work, soared to 12.5% from from 11.8%, setting the all-time high for that measure since calculations for it began in January 1994.

But there was hiring in some economic sectors last month. Government hiring has stayed strong throughout the downturn, adding another 7,000 jobs in November. Education and health services also grew payrolls, which grew by 52,000 employees.

The average hourly work week fell to 33.5 hours last month. Economists expected the workweek to hold at October’s level of 33.6 hours. But with a modest 7-cent gain in the average hourly salary, the average weekly paycheck rose by 52 cents to $613.05.

With 2008 already the worst year for jobs since 1982 and on pace to become the worst since 1945 – and second worst on records that date back to 1939 – support for a second stimulus package to boost the job market has grown among economists and lawmakers.

The prior stimulus package, in the spring, sent tax rebate checks to millions of tax filers. It helped the economy grow in the second quarter, but it did little to stem the tide of job loss in the country.

But the proposed stimulus package, supported by President-elect Barack Obama, would focus on aid states and municipalities as well as consumers, adding millions of infrastructure jobs for Americans.

“Our economy has already lost nearly 2 million jobs during this recession, which is why we need an Economic Recovery Plan that will save or create at least 2.5 million more jobs over two years,” said Obama in a statement. “There are no quick or easy fixes to this crisis, which has been many years in the making, and it’s likely to get worse before it gets better.”

Experts say a two-part stimulus package is the right way to stem the tide of mounting job losses.
“First, you have to get consumers to spend, since 70% of the GDP is tied to consumer spending, and then you need job stimulus like highway projects to maintain economic job growth,” said Gilliam. “This number is so bad that Obama will have to do something drastic soon.”
In the meantime, Bush administration officials say the priority remains restoring liquidity to the financial system.

“We have to get the job done that we can while we have time left in office, and that is restoring credit,” Secretary of Commerce Carlos Gutierrez told CNNMoney.com. “This is the key first step to restoring growth and restoring jobs.”

The White House echoed the Commerce secretary. “We need to focus on the causes of the economic downturn in order to reverse this trend in job creation, said Dana Perino, White House press secretary. “We intend to continue our aggressive efforts to restore health to our credit and housing markets.”