Listening Is Your Secret Superpower 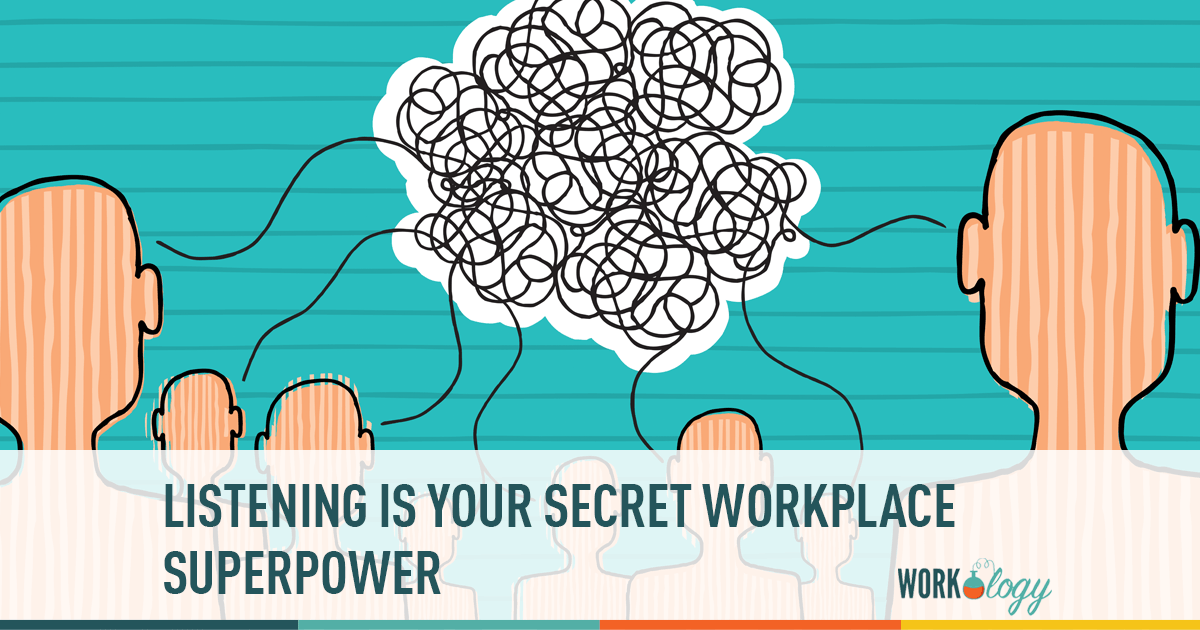 If there’s one thing you should know about me, it’s that I’m a reader. I’m constantly seeking out ways to learn, absorb, and grow. Right now, I’m finishing up Eric Barker’s book, Barking Up the Wrong Tree: The Surprising Science Behind Why Everything You Know About Success Is (Mostly) Wrong, and there’s a particularly interesting section on the power of listening as dispute resolution. It spoke to me, because I’ve been thinking a lot lately about how we live in a time where there is more conflict among individuals than ever before, in part because of our increased number or relationships and interactions with each other because of social media. In this climate, listening is a powerful tool for building rapport and meaningful friendships.

It feels like our world is more divided than ever. That fact is evident from the news not to mention the scrolling screen of social media where every place I turn people are tearing down, arguing and/or insulting others when their views don’t align with the person or persons on the other side of a screen. All sometimes this fact seems very depressing and maybe hopeless which is why I’m working so hard to re-think how about we can come together as individuals and communities.

Hostage Negotiation As a Skill You Can Use in the Workplace

The book goes on to talk about hostage negotiation, the history of its development and the foundations of why it was built on relationships and finding a win/win situation and scenario. While I don’t think that’s always realistic, I do think that listening is important for defusing conflict and signaling the other person that your opinion and feelings matter. Otherwise, we react and go into war mode, which is a common self-defense mechanism.

And that self-defense mechanism is all too common on social media sites like Twitter and Facebook. It’s oozing over into our face to face conversations and confrontations whether it’s too friends or a Q&A at a conference.

This listening approach might be time-consuming, but building relationships is important for the long-term in any industry, particularly in human resources. It means getting under the hood, taking the time to really know another person, and helping them in ways that demonstrate your values even when that means you don’t always get something in return. This listening skill is the foundation of employee engagement 101.

Are You Hearing, Or Are You Listening?

Listening as a skill isn’t new. In fact, listening as an avenue for self-change was advocated by the psychologist Carl Rogers in a classic 1952 HBR paper (Harvard Business Review). Rogers theorized that when speakers feel that listeners are being empathic, attentive, and non-judgmental, they relax and share their inner feelings and thoughts without worrying about what listeners will think of them. This safe state enables speakers to delve deeper into their consciousness and discover new insights about themselves – even those that may challenge previously held beliefs and perceptions.

For example, consider an employee who believes that she always respects her colleagues’ and customers’ feelings. If someone tells her this isn’t true, this will likely lead her to protect her view of herself by doubling down on her belief and discounting the other person’s judgment. In contrast, if someone asks her to describe her interactions with other people at work and listens attentively while encouraging her to occasionally elaborate, she is likely to feel more secure with the listener and open up in ways she might not otherwise. She might remember incidents where she was disrespectful to customers or got angry at her colleagues, and be more open to discussing them and ways to change.

According to a more recent HBR study, research indicates that listening seems to make an employee more relaxed, more self-aware of his or her strengths and weaknesses, and more willing to reflect in a non-defensive manner.  This can make employees more likely to cooperate (versus compete) with other colleagues, as they become more interested in sharing their attitudes, but not necessarily in trying to persuade others to adopt them, and more open to considering other points of view.

People, in general, want to be heard. Your team members and employees want to know that you’re listening to their thoughts and ideas, and if you simply take in the information without action, it doesn’t feel sincere or thoughtful. Active listening is a skill that can be learned.

In a Workology Podcast interview, I had the opportunity to speak with Stephen Hecht, co-author of Nonflict, the Art of Everyday Peacemaking and President and Chief Executive Peacemaker of Million Peacemakers. Stephen walks us through how conflict impacts not just a workplace culture but the individual(s) involved in the conflict as well. He says conflict causes stress. An employee spends 2.5 a day each week dealing with conflict. That translates into 385 million days a year.

One key thing Stephen mentioned during our interview stuck with me: “Active listening, eye contact and practice listening with head and heart is important before you are getting into the conflict.”

Active listening is, in the simplest terms, a better way of paying attention. It’s fully concentrating on, engaging in, and absorbing what someone else is saying to you. It’s displaying the obvious and genuine signs such as eye contact, and reinforcing responses, such as nodding, agreeing with “yes,” and asking related questions for clarification.

Whether you’re a manager or colleague, others will find great value in having a person around who reaches out and shows understanding. For example, knowing and acknowledging some of the work-related or personal issues that face your team will make them feel valued, and likely inspire confidence. And it’s respected, self-assured teams who accomplish great things.

There are frequently times in the workplace when you may have to deal with conflict. Although you may not always agree with others’ opinions, it’s important to be open to the experiences and perspectives of your peers, and the best way to demonstrate this is through active listening.

Conflict can make people defensive, but if a person feels that their concerns are being listened to and taken seriously, the chances of achieving a resolution is high. If both parties feel that their point or stance is clearly understood, the resolution reached is likely to be longer lasting and perceived as fair. It may also encourage workers to speak regularly and openly about conflict, resulting in a more transparent workplace in general.