Lean In or Lean Out: Women Are Damned Either Way 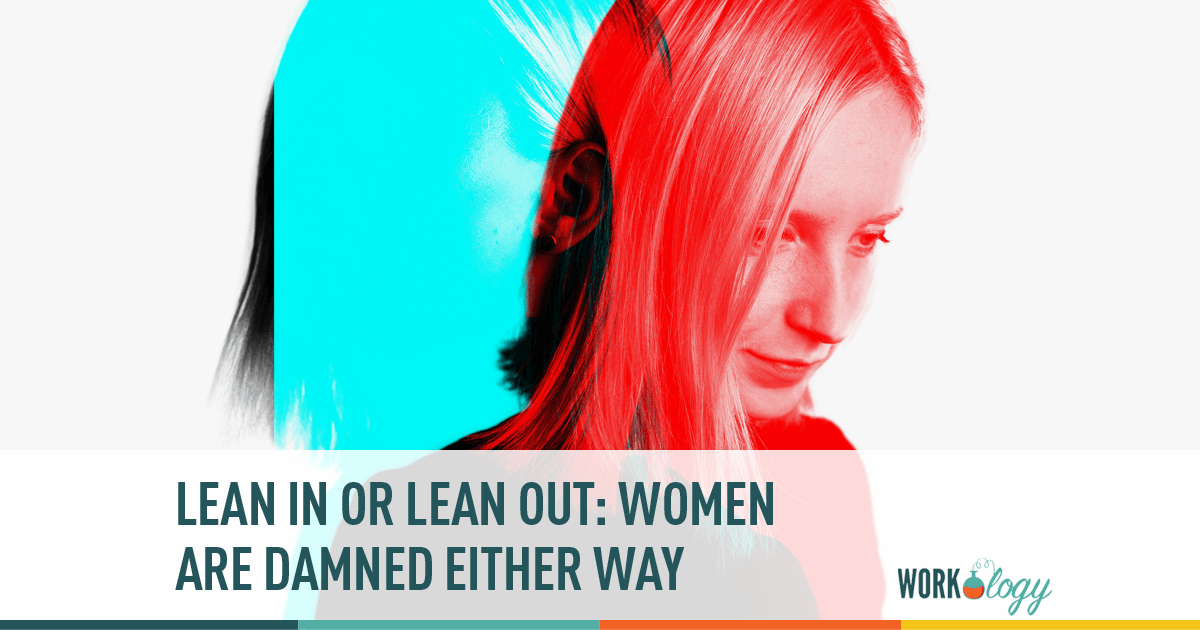 A lot of movement has occurred in the last few years to bring greater equality to the workplace for women, but we are still far from an equal environment. Still pressured to not “make waves”, even at events to foster more women in tech, they are encouraged to hold back. When a woman does gain a position of authority though, she is still often met with opposition from both male and female colleagues. This is leading to women leaders under greater amounts of internal stress than their male counterparts and may cause symptoms of depression.

Lean In or Lean Out: Women Are Damned Either Way

Cheryl Sandberg’s book, Lean In: Women, Work, and the Will to Lead, the White House’s Summit on Working Families and Congress’  passing of the Lilly Ledbetter Fair Pay Act are all evidence that the US is moving towards a more egalitarian work environment. With women still earning somewhere between $0.78 and $0.93 for every $1.00 that a man makes, there is still a considerable distance to go before we compensate everyone equally. This data looks at all races, but between white males and women of color the pay gap is even larger.

For all of our efforts to provide equal pay for equal work, we are no where close to providing an equal environment in which to complete that work. New research in the Journal of Health and Social Behavior shows that women in positions of authority (those with control over the work of others) suffer from depressive symptoms more frequently than their male counterparts and also their female subordinates. Titled ‘Gender, Job Authority, And Depression‘, by Tetyana Pudrovska, an assistant professor in the Department of Sociology at the University of Texas at Austin and Amelia Karraker of the University of Iowa. the research looked at 1,300 middle-aged men and 1,500 middle-aged women who graduated from high schools in Wisconsin.

Even though the women in positions of authority had several markers for positive mental health, they were the worst off in that regard.  Those women have more education, higher incomes, more prestigious occupations, and higher levels of job satisfaction and autonomy than the women without job authority. Yet, they have worse mental health than lower-status women. For men, higher authority positions lead to fewer signs of depression.

“Years of social science research suggests that women in authority positions deal with interpersonal tension, negative social interactions, negative stereotypes, prejudice, social isolation, as well as resistance from subordinates, colleagues, and superiors,” Pudrovska said. “Women in authority positions are viewed as lacking the assertiveness and confidence of strong leaders. But when these women display such characteristics, they are judged negatively for being unfeminine. This contributes to chronic stress.”

Let’s recap: women who don’t compete to climb the corporate ladder are seen as “not wanting it enough”, when they do rise up they are seen as not assertive enough to succeed, and then when they act assertive they are being a b**ch. On the other hand, men in authority positions who act overly aggressive are seen as carrying out their stereotypical behavior and thus experience fewer stressors as they do not have to overcome the negative stereotypes or deal with the level of resistance that women do. This leads to their career advancements bringing about less stress in their daily lives.

“Men in positions of authority are consistent with the expected status beliefs, and male leadership is accepted as normative and legitimate,” she said. “This increases men’s power and effectiveness as leaders and diminishes interpersonal conflict.”

Are you as an HR practitioner supporting women leaders to cope with these stressors? What does your company do to ensure that the female leaders are given the same respect that male leaders get? What is the long-term result of us pushing women to take more leadership roles if they develop depressive symptoms and then cannot work at their full potential? What does that say to future generations of young women? In order for us to build a more egalitarian workforce and continue to have women strive to be their best, we need to address the deep-seated discrimination against women leaders and remove the psychological costs of attaining those leadership positions.