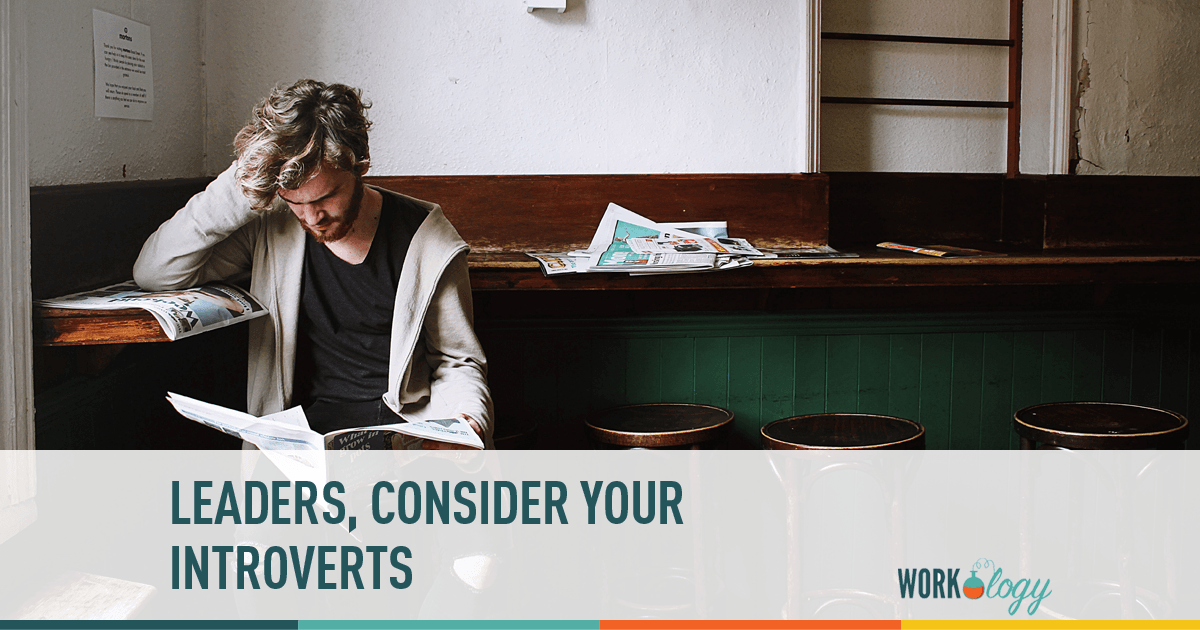 One of the hottest themes in management and leadership today is the importance of understanding the introvert at work.

The idea that workplaces reward extroverts has been around for a while. Discussions on the differences between those with outward-looking personalities (extroverts) versus those with inward tendencies (introverts) has been around for years – the concept was introduced by psychiatrist Carl Jung in 1921 – but it has reached fever pitch since the 2012 release of the book Quiet by Susan Cain, which asserts that introverts are dramatically undervalued and organisations suffer as a result.

Research points out that while nearly half the population is introverted, extroverts hold the majority of leadership roles. “The research I’ve done shows that about 25 to 30 percent of CEOs are introverts,” explains Karl Moore, associate professor of strategy and organization at Desautels Faculty of Management at McGill University. This indicates there are also a significant number of introverts leading extroverts and not just the other way around, as the research tends to suppose.

Introverts and extroverts tend to migrate to career fields that play to their dispositions, says Moore. People-facing jobs, like sales, management consulting and investment banking are dominated by extroverts. Introverts alternatively often move into roles where the tasks are done primarily alone, such as analyst, programmer and accountant. Case in point: although the majority of all CEOs are extroverts, 75 per cent of Google’s senior leadership are introverts, according to Moore, since most of them come from the IT industry.

Organisational leaders at all levels can learn how to bring out the best in introverts and extroverts. Here’s how:

Numerous studies have demonstrated that diversity on teams brings better results. Moore asserts that diversity does not just refer to racial, gender or international differences but also includes introvert and extrovert personality types. He has observed in many companies that a C-suite team represents a balance of types, for instance, an introverted CEO who chooses an extroverted CFO to bring strengths to the table that he or she doesn’t have. “On the senior leadership team, you need thoughtful analysis and you need passion and excitement,” adds Moore.

Moore says awareness is growing that managers need to pay attention to personality types when forming teams at any level in an organisation. Beyond getting the right blend of functional skills, they should assess the contributions that introverts and extroverts can bring to the group’s work.

3. Work spaces for everyone

The modern office space is an open one designed to foster interaction and idea-sharing, in short, a perfect environment for extroverts. Yet it can be a difficult place for introverts since they are most productive working alone and prefer quiet to noise. Moore sees a slow movement by companies to provide areas where introverts can retreat – Cain’s book refers to them as “restorative niches” – during the day to work thoughtfully.

The typical hiring process favors extroverts, who are comfortable thinking on their feet and talking about themselves. Some companies, especially larger ones like Google, Microsoft and GE are now taking the needs of introverts into account during this process, says Moore. Google relies on sample work tests in addition to structured interviews as it assesses candidates, for example. Many hiring managers also “cut introverts some slack during the interview,” Moore explains.

A bit from the other side

Based on his research, Moore stresses that the most successful leaders are the ones who have learned to incorporate some of the strengths of the other personality type into their own skill set. Extroverts are likely to advance to top leadership roles only when they learn to tone it down, listen better and shine the spotlight on others rather than on themselves. Introverted leaders can benefit from learning to be more outgoing, showing enthusiasm and working effectively in groups.

Moore brings his research on introverts and extroverts into the classroom — he includes the topic in his MBA and executive-education courses, as well as in-house corporate training programmes focused on management. Although there is growing interest in this subject that touches everyone, there is not yet enough academic research and expertise to expand on it, he comments. That’s no doubt coming.