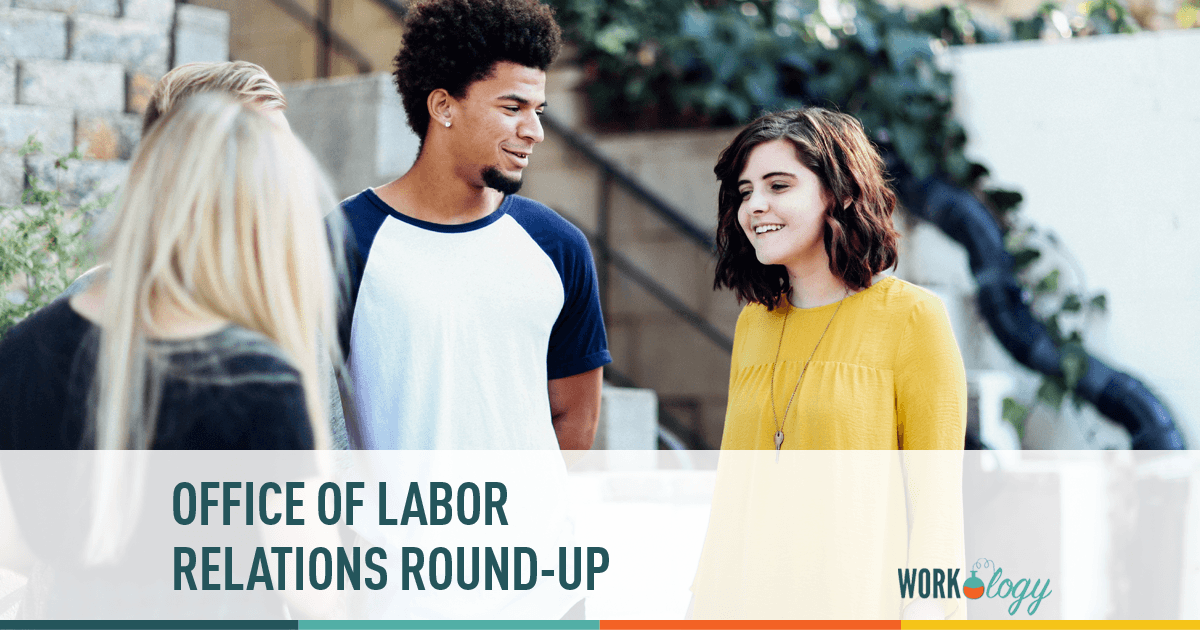 Many of you know by now that I left the regular practice of HR and labor relations at the beginning of the year. In my new role, I’m the Executive Director of CUE Inc. – an organization for positive employee relations.  CUE is a not for profit consortium of companies who exist to share best practices and business learning with other companies who also strive build and maintain positive workplaces.

We share this information in a variety of ways, including newsletters, webinars and our signature conference events that are held throughout the year. For the benefit of non-members and those who may join in the future, i’m going to be sharing some of our CUE Insider content here on Blogging 4 Jobs.

Here are some updates for our Late May Newsletter in which we share some of the top headline stories of the previous month with our members.

Quickie elections are having an impact on the process more quickly than expected, and there are things that employers and their legal counsel need to understand.  For example, unions are filing elections and then withdrawing the petition once they receive the list of personal phone numbers and email addresses that are now required.

The Department of Labor’s proposed guidance for implementing E.O. 13673 on Fair Pay and Safe Workplaces (aka “blacklisting”)  and the FAR Council proposed regulations will be posted on May 27 at  8:45 (Eastern) on the Federal Register inspection desk  for publication in the Thursday Federal Register.  There will also be a posting on the DOL website.

Source: The Charleston Post and Courier
The National Labor Relations Board said it has dismissed a complaint filed by the International Association of Machinists and Aerospace Workers in the wake of the union’s canceled vote at Boeing Co.’s North Charleston operations. The decision was posted on the federal agency’s website.

Union organizers set to try again in S.C., this time with list of Boeing workers

Organizers are regrouping for another attempt to unionize Boeing’s North Charleston Dreamliner plant, this time armed with a new tool: a list of Boeing (NYSE: BA) employees.

The list of employees – which Boeing was required to share after the National Labor Relations Board approved plans for what was to have been an April election – will help organizers directly contact workers. “Knowing who they are is going to be a better way to judge their support,” said Mike Evans, the lead union organizer in North Charleston. “We’ll be able to talk to everybody.”

DECEMBER ROLL-OUT OF’ ADVICE EXEMPTION’ REPORTING RULE: aka The “persuader” rules are back

The Labor Department plans to finalize in December a controversial rule that could require management-side law and union consulting firms to disclose more information about how they try to persuade employees not to join unions. The rule was first proposed in 2011 as a way for the Labor Department to combat “significant under-reporting” of so-called persuader agreements made between employers and union-busters. The rule has faced heavy opposition from law firms and lawyer groups, including the American Bar Association.

The Labor Department currently requires disclosures on “agreements or arrangements between employers and consultants regarding activities to persuade employees concerning their rights to organize and bargain collectively,” but it has a broad exemption for “advice,” an exemption that critics say encourages under-reporting. The proposed rule would narrow the “advice” exemption to require more disclosures.

These Are The New Rules of Work

Forget everything you’ve always known about work. The rules have changed.
Work is increasingly both everywhere and nowhere – more deeply embedded in our lives than ever before, but disappearing as a discrete activity.

The old rules of work applied to an economy of factories and offices, a world of “standard,” stable employment with large employers, over careers with more or less predictable trajectories. The new rules belong to another universe – flexible, precarious, and entrepreneurial, less and less tied to specific times, places, and employers.

As expected, the implementation of the NLRB’s ambush election rules has spurred unions to initiate organizing campaigns across the country.  As discussed in our previous posts and a webinar hosted by the Firm, the new rules make it easier for unions to organize employees through an expedited election process, and makes it possible for elections to be held 11 to 12 days after the petition has been filed.  Recently released data confirms that a significant increase in petition filings occurred after the April 14, 2015 implementation date of the new ambush rules.