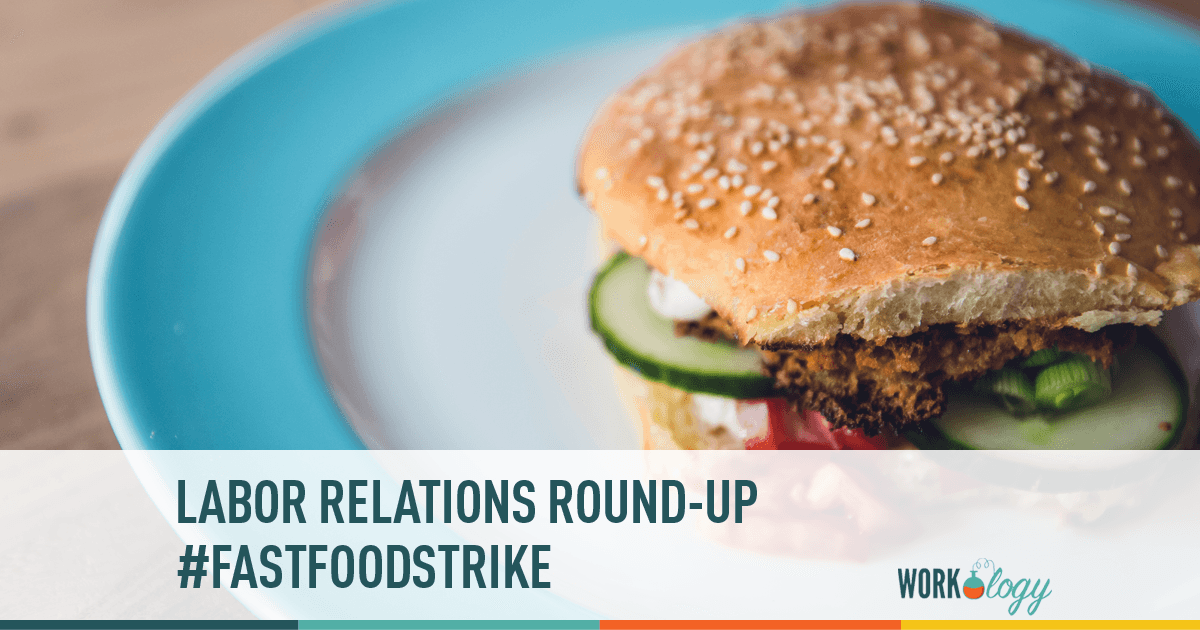 Fast-Food workers on strike, under arrest in protest for higher wages.

The big news following the Labor Day holiday weekend in the United States was the staging of yet another series of one day strikes actions at fast-food restaurants, reportedly in more than 100 cities across the country. Workers and their allies set up picket actions and conducted non-violent protests in front of many restaurants.

It’s unclear what the long-term outcome of these actions will be.

Workers are seeking $15 an hour and the unfettered right to join a union. Activists claim that their movement is growing and it is only a matter of time until they win, pointing to minimum wage increases in Seattle and other cities as proof.  Union organizers gained a major victory last month when the National Labor Relations Board ruled that McDonald’s could be held jointly liable for employment and wage violations by its franchise operators.  This has raised fears that large fast food corporations could be forced to negotiate on wages or even agree to a neutrality agreement that would let employees to join a union through a simple card check process, rather by a secret ballot election.

Restaurant owners and lobbyist contend that raising the wage for workers to $15 would devastate small business owners, and hike the cost of fast-food to levels that would make meals too costly for the average consumer.  Companies like McDonald’s are especially  resistant to the idea, leveling charges that the union organizers are paying protesters to take part. According to McDonald’s,  “some participants are being paid, up to $500, to protest and get arrested.”  Restaurant owners plan to fight the NLRB, which is likely to be in litigation for years.

As Fast Food Strikes Rage On, Here’s What a $15 Minimum Wage Would Do To Your Big Mac http://t.co/bO0RYksaVJ #workforce

If you would like to learn more, check out the links to stories on the fast-food strikes below collected below.