Labor Disputes On the Rise in the US 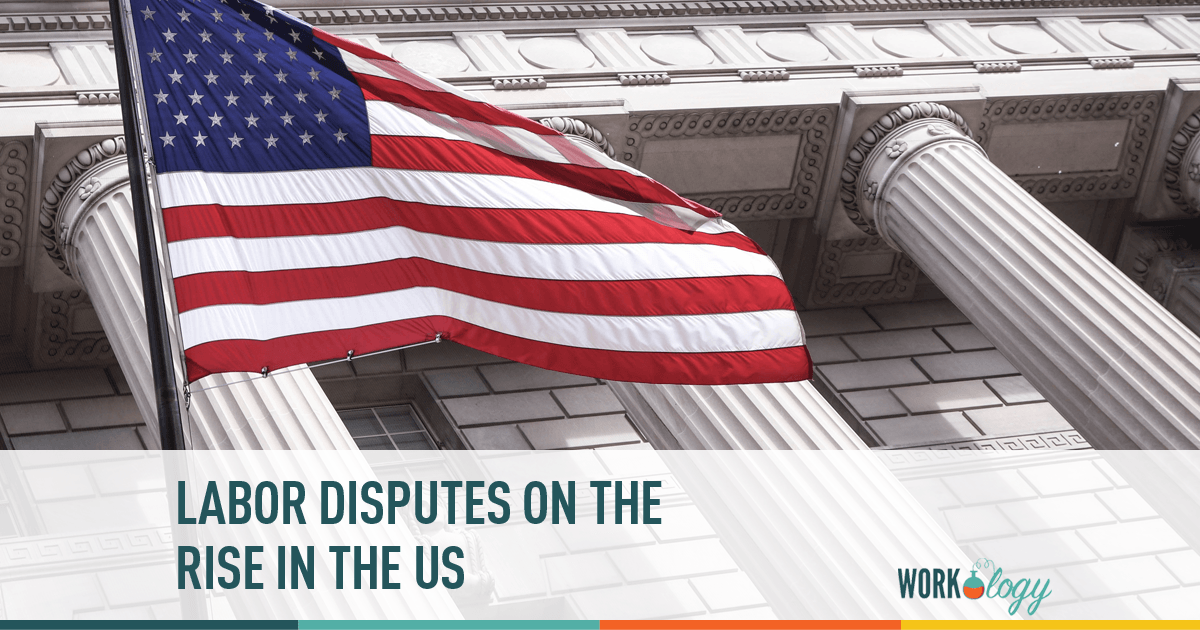 Strikes, Lockouts and Boycotts, Oh my!

We’re going out on strike!

There was a time in the history of our country that the mere mention of workers going on strike sent a chill down the spines of managers and workers alike.  If you think that sounds like hyperbole, watch the video below, and then after the jump, check out four burgeoning labor disputes or work stoppages that are taking place right now.

Birth of a Union?

An excellent feature article on Vice News covered the gathering of nearly 1,500 fast food workers in Chicago this weekend where they discussed plans to move their burgeoning movement forward.  Drawing comparison to the  civil rights movement, fast food workers declared that they will escalate their campaign for $15-an-hour pay through  nonviolent civil disobedience.

Kellogg’s Workers Locked Out in Memphis

Workers at a Kellogg’s manufacturing plant in Memphis have been locked out of their jobs since Oct. 22, 2013 after they turned down a company contract offer seeking concessions including wage reductions and changes to benefits plans. The workers are represented the Bakery and Confectioners union (BCTGM) which was also involved in the labor negotiations that eventually caused Hostess to enter bankruptcy and cease operations. Kellogg’s workers have a website explaining their position on the lockout if you would like learn more.  The BCTGM has filed charges with the NLRB alleging illegal conduct and bargaining in bad faith, and the whole mess will likely end up in court.

IKEA Workers Locked Out in Canada

Workers at an IKEA store have been locked out of work since May 13, 2013.  IKEA has been locked in a heated dispute with the Teamsters union that represents IKEA workers.  This store is one of only two unionized IKEA stores in Canada.

In a posting on its website Friday, Teamsters Local 213 says the board found IKEA bargained in bad faith and violated provincial labour law by trying to bargain directly with workers through a website posting.

IKEA plans to dispute the findings and issued a statement which said the company feels it’s important to communicate directly through the strike and to answer any questions that they may have in a straight forward and honest manner. Here’ a link to the IKEA website for employees explaining their position in the labor dispute.

In what is by far the most unusual labor relations story of the week, employees at a grocery chain in Boston are actively calling on customers to boycott stores in an effort to get their beloved CEO back after he was fired in a behind the scenes family business feud.

Outside the Burlington store Tuesday afternoon, about 15 employees were joking, cheering and telling customers to stay away.

“Do not shop here, please!” one shouted.

The workers are not on strike. The store is still fully staffed. It’s just not stocked.

Strikes, lockouts and boycotts may be old school stuff, but it’s still happening all the time.