Keeping Your Refrigerator Employees from Spoiling 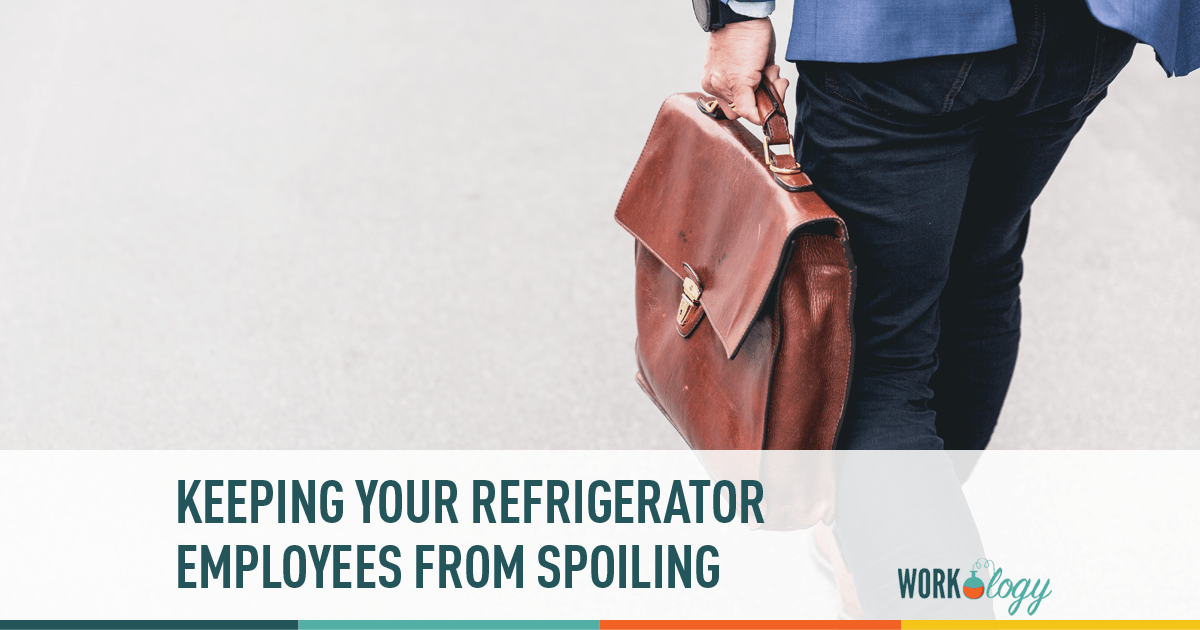 Because we see things so often, we see them less and less.   – Joseph B. Wirthlin

I have a friend with a son who plays football.

I like football. That’s not to say I totally understand all the rules of the game but nonetheless I do enjoy watching it. When I watch it, I follow the ball because that’s where the action is.

Keeping Your Refrigerator Employees from Spoiling

My friend’s son is one who tackles…I have no idea what his actual position is called. Given I was at the game to watch him, I didn’t follow the ball and instead, I watched him. He tackles…he doesn’t do anything fancy…he just tackles. He does his job and because of it, his quarterback has a few extra seconds to do his job.

This got me thinking about what I have always called “refrigerator employees.” I coined this phrase many years ago when I realized that the majority of my workforce were plugged in and doing their jobs – they weren’t disengaged but they weren’t high energy champions either.

These employees weren’t sexy like a Viking Stove and they weren’t finicky or otherwise a pain in my butt like my overpriced blender or my garbage disposal.  But damn if they didn’t figuratively keep the food cold day in and day out and, likewise, I grew to depend on them doing just that. Truth be told, I took them for granted. Figuratively speaking, I failed to recognize that I could cook just fine without a fancy stove and the sky wouldn’t fall if my blender or garbage disposal went belly up.

At the time, I was a typical supervisor; I spent 80% of my “supervisory” time on 20% of my workforce. That 20% included giving attention to my poor performers and my top performers. My “regular” performers (my refrigerators) were, for the most part, ignored.

Thankfully, I had a great mentor who pointed this out to me one day. I had, in jest, referred to one of my employees as a great refrigerator, which of course needed an explanation. My mentor, ever the philosopher, engaged me in a conversation about food, spoilage and the expense of replacing major appliances.

Afterwards, I realized I needed to change my behavior and, moreover, change my paradigm. Employees who do their job consistently, employees who keep their head (and subsequent drama) down and focus on their work, and employees who are, for the most part, low maintenance, deserve my attention and recognition as much, if not more so, than my sexy rock stars or my finicky or problematic employees.

How else was I going to keep my “refrigerators” plugged in?  If I didn’t perform regular “maintenance” in the form of feedback and recognition, I would risk burning them out or disengaging them for good.

My friend’s son was put on that line to tackle, and tackle is what he does. I don’t know if he longs to be a receiver, if he longs to be on the defensive line so he can sack the quarterback, or if he dreams of starring in the sequel to “The Blind Side.” However, I know this: he enjoys the game. He practices and works out to make himself stronger so he can tackle better.  Call him a refrigerator player, call him what you must, but his team needs more players like him, as do we.