Just Because You Can Doesn’t Mean You Should 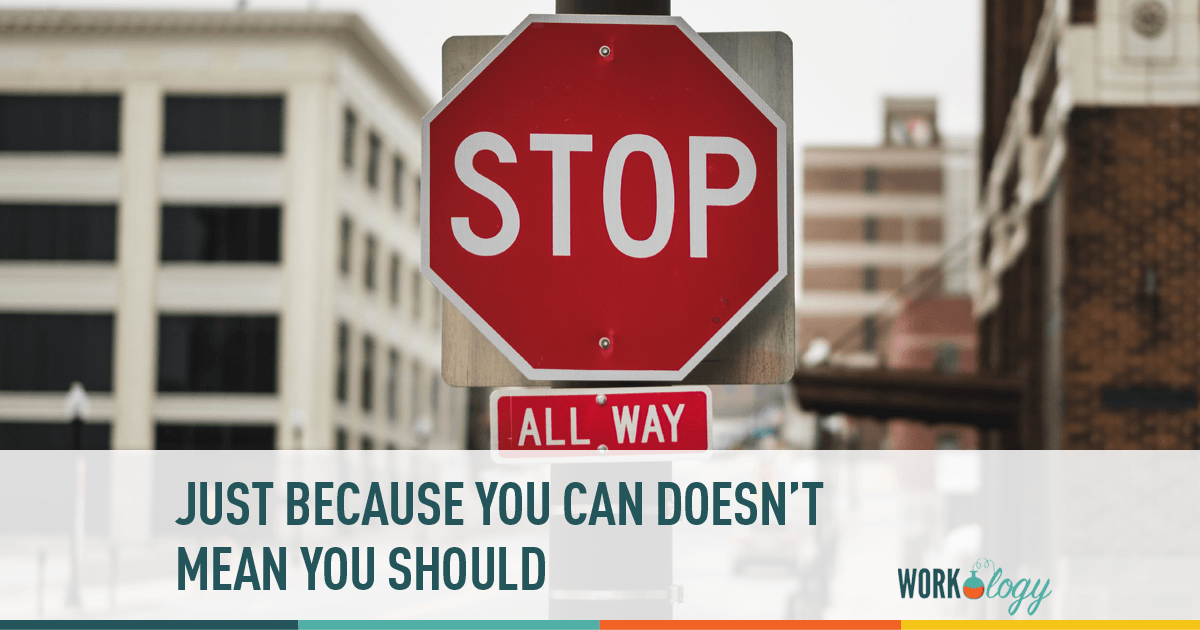 Last weekend I attended my first Red River Rivalry football game in Dallas, TX, with my husband, Greg who is a raving, professional Sooner fan.  The game between the University of Oklahoma and the University of Texas is hosted each year on a neutral field called the Cotton Bowl, home of the Texas State Fair.  The rivalry has always seemed a bit excessive to me especially since I am a native Kansan where football isn’t as important.  The rivalry, however, is global.  While on our honeymoon in Europe, we would repeatedly hear “Boomer” chants in the most odd places.  As Sooner fans we were expected to respond with a friendly, loud “Sooner.”  I distinctly remember walking along the lazy streets of Paris, France, near a cafe with amazing crepes and cappuccino only to hear a bellowy, “Boomer!”  Of course, Greg followed suit.

I didn’t realize quite what I was getting into.

But before heading into the game last Saturday, hubby and I walked through the expos, offerings, and delights of the Texas State Fair.  The assortment of fried foods offered was enough to give someone chest pains as they made their way from the park to the stadium.  Signs promised fried food delights that were beyond imagination from traditional corn dogs to deep fried snickers (which I recommend) to fried beer and even fried bubble gum.  Yes, you read correctly, bubble gum.

Just Because You Can Doesn’t Mean You Should

Often times in life as well as business, we do things because we can although upon closer reflection, it doesn’t mean we should.  Fried bubble gum, in my opinion, was one of those moments.

My first friend bubble gum moment happened in the 90’s when stirrup pants were the rage.  My family has video of my singing and chorographing to Tiffany’s “I Think We’re Alone Now” in full stirrup pant, double socks, and Aqua-Net bangs attire.  Yes, my friend a true bubble gum moment, a moment used by family as a form of embarrassment upon meeting every boyfriend from 7th grade on.  One of the most notable fried bubble gum moments in business came along in 1985 when Coke launched their new and improved Coca Cola called New Coke.  Millions of fans protested and the move became a media frenzy.  In fact, the Coke museum in Atlanta provides insights into their historic  mistake leading to the re-launch of Coke’s most successful products.

Just because you can doesn’t mean you should. . .

Companies make hiring and leadership decisions because they can every single day.  Making their employees work 65 hour work weeks because they are salaried employees or not interviewing job seeker candidates who are unemployed.  Fried bubble gum moments for sure.

The OU/Texas game ended in my family’s favor on Saturday, and my first game was an experience like no other.  And as we made our way to the cab to take us back to the hotel, I considered haggling a few frowny-faced Texas fans but then I remembered. . . just because you can, doesn’t mean you should.