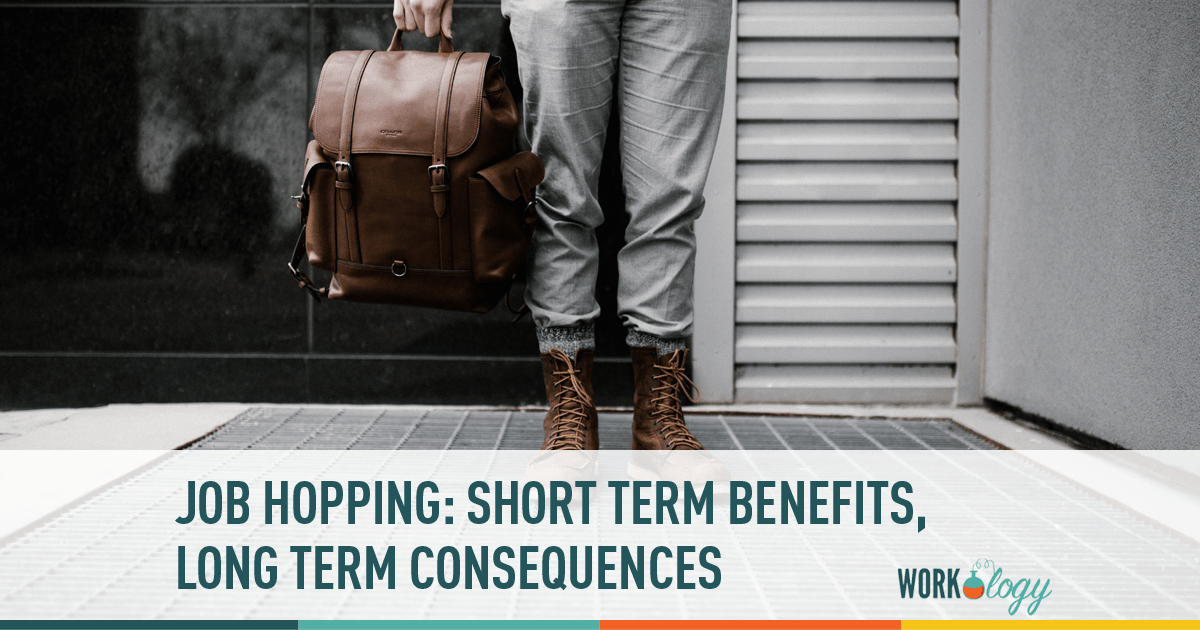 Switching jobs frequently, more commonly known as job hopping has many short term benefits but too many jobs in a short period of time has negative long term consequences.

According to AOL News, a generation ago, the average person changed jobs seven times in their lifetime. Today, itâ€™s more than 10 jobs in at least five different careers. As more and more workers in their 20s and 30s jump from job to job, the practice is becoming more widely accepted. In fact, experts claim that managers now expect people to leave after two or three years, and are delighted if employees stick around longer. So, what are the benefits of job hopping?

First, thereâ€™s the potential pay increase. Going to another company is a proven way of getting a higher salary. In fact, a lot of people leave a company to get a raise and a promotion, only to return to the original company for another raise and promotion a few years later. Another job hopping benefit is that new environments teach workers new skills, new ways of doing things, and new ways to increase productivity.

You might want to think about job hopping just yet. Job hopping has long term consequences. Some experts believe that people do not fully learn their jobs and obtain valuable experience until they have worked at least two years in a single position. Others question job seekers commitment and lack of dedication to an organization since the candidates most often reasons for job hopping are increased income and training.

Understand that in the current market, hiring manager’s are often from the Boomer Generation, those born between 1946 TO 1964, where workplace dedication and commitment to a company is an important part the job fit for a high potential candidate. I, myself am open to candidates that job hop but to a point. I, myself have left several positions under 2 years and am open to those that have done the same. Three jobs in two years is what I consider to be a job hopper unless a valid reason is provided. However, know that many hiring managers and recruiters don’t take the time to ask.

I believe that in the next 5 years, job hopping will become less of a hot button in the marketplace. The number of Americans older than 65 is expected to grow to 40.2 million by 2010 and to 71.5 million by 2030. Boomers, who are often in decision making and manager positions will be retiring. This will create a large need in the marketplace where skills and experience will outweigh company loyalty and dedication. This is also coupled with the fact that those in these new positions of power who will be making these hiring decisions are also those who come from the generation where job hopping is commonplace and more accepted.

And until that day comes, I caution those that decide to make the job leap and the consider the long term career ramifications for a short term monetary gain.