How Jack Dorsey Can Save Twitter & Retain His Employees 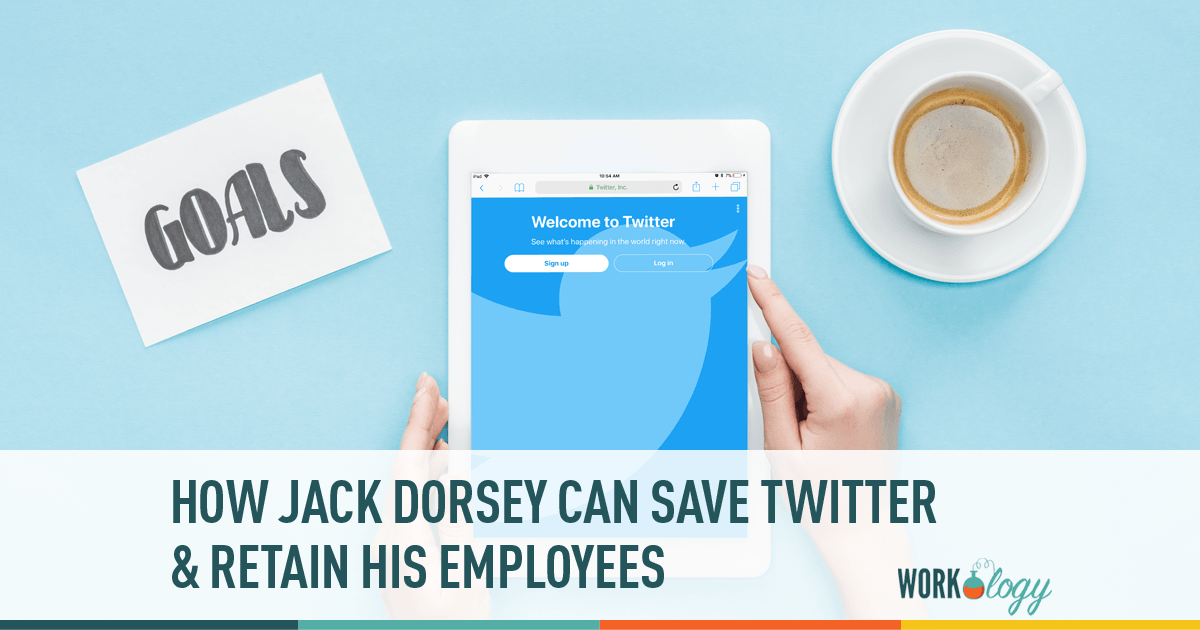 This weekend the cat came out of the bag that not 1, not 3 but 5 of Twitter’s top company executives were leaving the organization. It was a media frenzy which executives of Twitter and their PR teams are most assuredly already accustomed to. Twitter is no stranger to media, drama or business critics throughout its 8 year history. In December, Twitter announced their new head of diversity, Jeffrey Simonoff – who happens to be a white male. And last week, their stock took a dive amid rumors of a buyout. In short, Twitter has received a ridiculous amount of media attention, most likely leaving their 4,300 employees wondering what all the executive turnover, low stock price and media speculations means for them at the company?

How Should Twitter Respond to Loss of Executive Staff?

When the news broke on Sunday, CEO Jack Dorsey took to Twitter to confirm the executive exodus instead of waiting to address his employees directly.

Was really hoping to talk to Twitter employees about this later this week, but want to set the record straight now: pic.twitter.com/PcpRyTzOlW

As a long time Twitter user, I find Dorsey’s honesty and candor refreshing, but as an human resources leader, I cringe at the manner in which employees were communicated the unconventional executives restructure with a 140 characters and a .jpg photo further providing information in the executive staffing change. Or maybe, we’ve got this whole Twitter restructuring all wrong, and it’s the new expectation of workplace and employer transparency. Pretty soon we’ll be tweeting offer letters and salary amounts for everyone to see.

Are We Ready for Workplace Transparency In 140 Characters?

While your organization may or may not be  on as public of a stage as Twitter, it’s likely that you will experience multiple crises during your tenure where your corporate dirty laundry will become social media and mainstream news fodder, especially since we’ve entered the era of business and workplace transparency.

In addition to social media and news outlets, companies need to monitor and consider the activities and conversations happening on review sites like Glassdoor and Indeed. While the news of Twitter’s executive mass exodus made global news, Jack Dorsey and his PR and HR teams should be focusing on talking with employees, putting to rest any concerns they have, just as much or more than they should be talking with investors, board members, partners and Wall Street. But most importantly, Dorsey should have waited to address his team, confirming the “restructuring” while letting his public relations team issue a formal statement on Sunday.

How to Communicate Organizational Change Effectively to Your Employees

In the event, that your organization experiences a media crisis, mass exodus of executives or suffers from low morale, there are a number of steps you can take to smooth the employee waters pre and post event.

Bottom line, change happens and sometimes in order for an organization to climb from the bottom of the barrel, organizational leaders have to leave. New team members provide fresh ideas, creativity and foster hope among your best and most loyal employees in the organization. However, organizational change no matter how big or small, doesn’t happen overnight. Twitter and Dorsey have a long road ahead of them. In order to be successful, they must be strategic in every aspect of communication and engagement with their current staff. Otherwise, they will be the case study of what not to do when you lose most of your executive team.