Is Your Industry and Company Prepared for a Labor Shortage? 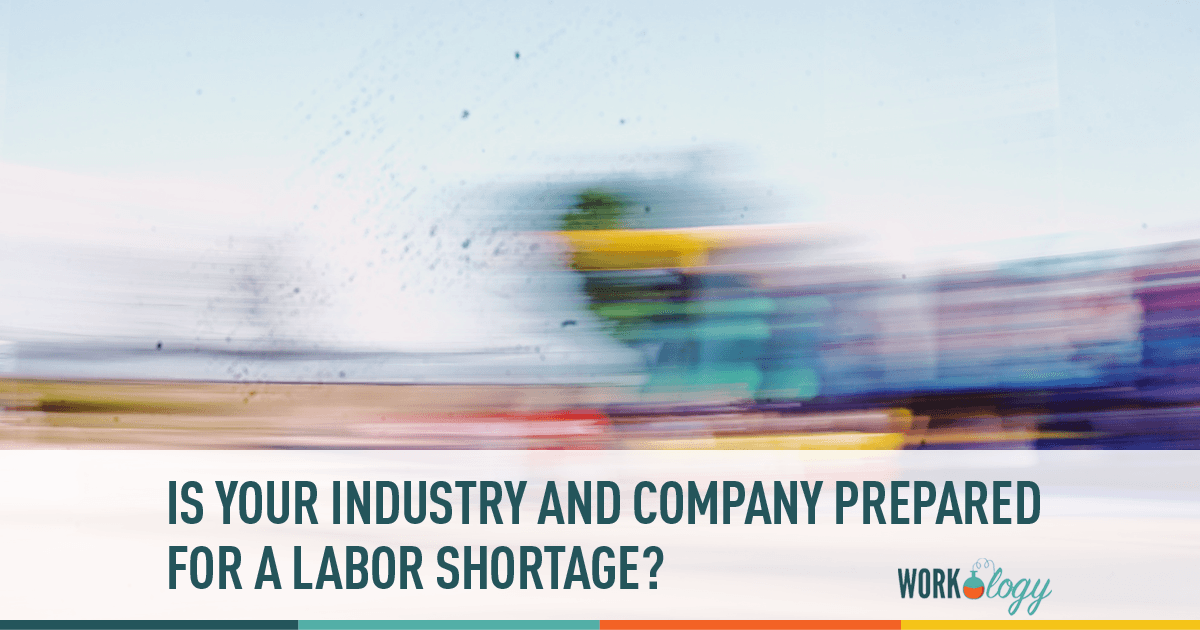 In a Conference Board report, written about in the Wall Street Journal, it is anticipated that U.S. employers are going to be demanding more labor. Labor which will not be there. There are a number of reasons for this impending labor shortage. Unemployment has been falling and there are a rising number of workers just leaving the job market, and not just through retirement. Labor force participation is at historically low levels. According to the U.S. Department of Labor this number hovers around 63% of the civilian labor force. With ongoing low wage growth perhaps there is not enough incentive to join the workforce.

Naturally a lot of the departure from the labor force is being driven by the retirement of the Baby Boomers. Additionally many Millennials are forestalling entering the workforce or they are working “gig” positions, which do not make them available to employers for regular jobs.

Where the Shortage Will Be

In the list of jobs that show which ones will be most affected by the shortage of labor it is not surprising that the second largest shortage will be in mathematical sciences occupations. The lack of STEM education combined with the rapid rise in demand for these skills has produced this large shortage.

The first, third, fourth, sixth and seventh jobs on the list require education and human touch. We are in danger of running out of occupational therapy and physical therapy workers. Health diagnosis, nursing, religious workers and social science workers will also be very hard to find. Apparently Millennial workers don’t find these positions attractive.

Also in the top ten are jobs that require workers to get their hands dirty. Plant operation, rail workers, construction workers, maintenance and repair positions will also experience shortages. It is not surprising that Millennial workers would eschew these positions. Many parents with those types of jobs themselves wanted their children to do “better” and often encouraged their children to go to college.

Unfortunately the positions with the least possibility of experiencing a shortage will be in cooks and food preparation jobs and other helper positions that don’t require a great deal, if any, education.

For companies in the healthcare industry the shortage is already very real and is only slated to get worse. The same thing is true of “trade” jobs. Almost every HVAC, plumbing, or electrical company truck I pass on the road is looking for workers according to the help wanted signs plastered on the back bumper. Unfortunately, they are looking for experienced workers to job-hop rather than developing their own talent pool. These companies need to wake up before it is too late.

Many shortages can be overcome by attitude changes and internal training programs that create the needed labor pools. It’s time companies become proactive about labour shortages, focusing on training the next generation of the workers they need.