Is There A Long Term Unemployment Crisis? 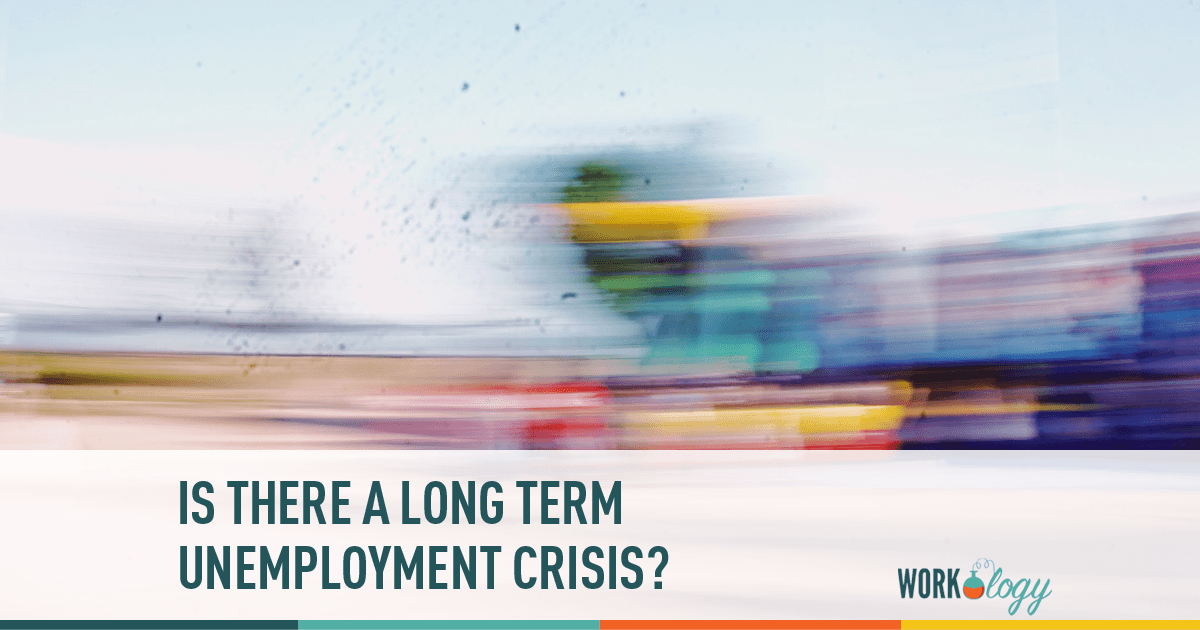 Is There A Long Term Unemployment Crisis?
By: Marilyn Katz

What Is The Definition Of Long Term Unemployment?

Long term unemployment describes a situation where a person has been without work for longer than 12 months. In my opinion, it is important to consider these numbers, and not just the unemployment figures that are all grouped together. The group of people that have been out of work for a year, or longer, is a different that people who have only been out of work for a short time.

Here’s the scary thing. Even though employment numbers, in the US, have been looking a little better, we have experienced a large spike in the percentage of unemployed people who have been out of work for longer than one year. Furthermore, the makeup of this population differs quite a bit.

Here is one example. In general, people with more education tend to be able to hold onto their jobs better. Those with a college degree, or better, have lower unemployment rates than people with a high school diploma or less. However, when you just group the people who have been out of work for over a year, there is almost no difference. In this case, an education does not seem to affect the numbers.

While older workers also seem to be less likely to lose jobs, they also tend to make up a larger percentage of the long term unemployed. Out of the current group of unemployed people over 55, over forty percent have been out of work for longer than a year. This is much higher than the average for people across all age groups.

Why is Long Term Unemployment A Big Problem?

It seems obvious to me that the longer a person is without work, the bigger the problem gets. Employers would really rather hire people who already have a job, but tend to look more favorably on applicants who were laid off recently. In addition, a long time without work may erode job skills and confidence. It certainly cannot help the jobless worker’s financial situation either!

Is The Problem Getting Worse?

The most alarming thing about this problem is that the US Bureau of Labor has just published data that suggests that this problem has spiked in the last few months, just when the overall unemployment figures looked a little bit better!

In my opinion, while we try to help unemployed people get back to work, special attention should be paid to help people who have been out of work for a long time.

Are you over fifty years old? Please visit www.over50web.net to discuss lots of critical issues that are important to today’s older workers and professionals. We also have more information, and some charts, to explore the long term unemployment problem in the US.