Is Anyone Hurt By Diversity Programs? 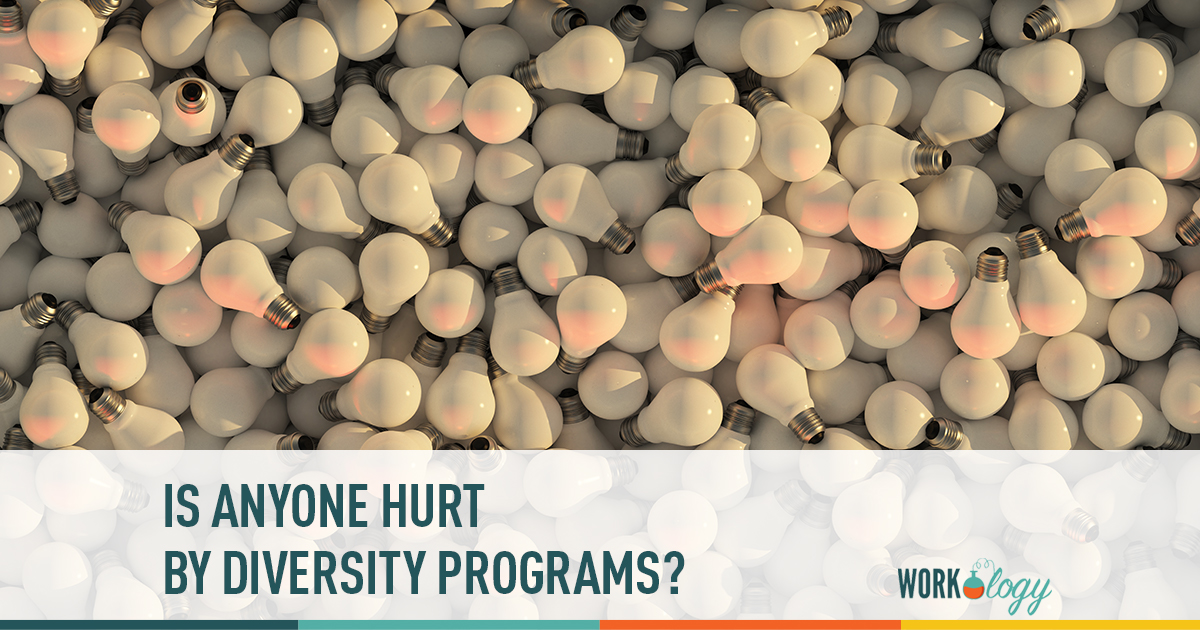 There’s a story that’s often told about affirmative action and diversity and inclusion programs: that instituting these programs means pushing aside qualified candidates in favour of diversity hires who may not be as qualified.

This, though, is just not how diversity hiring programs work. Marginalized candidates, be they women, people of colour, disabled people, or veterans, aren’t given bonus points that make up for other deficiencies in their skills or education. Those candidates have to be just as good – or better – than any other to get the job. Diversity programs simply ensure that qualified candidates in these groups, either protected classes or other groups an organization wants to see more representation of in its ranks, are considered alongside other qualified candidates, and that organizations hold themselves accountable to certain goals.

Is Anyone Hurt By Diversity Programs?

Diversity programs don’t kick any candidates out of the application – at least, not unless they deserve it.

A new study has found that gender hiring quotas have a negative impact on one group, mediocre men. That’s… sad… I guess, but is it really so bad? Restructuring the hiring process to ensure that all potential candidates get a fair shake, rather than just 50% of them, means that there are more qualified applicants to choose from. Less qualified candidates and those that aren’t as good a fit more easily wash out of the hiring process. Although it must feel bad to be those mediocre candidates who no longer have a chance at the roles they want, they never deserved that chance in the first place.

The study looked at the relative competence of Swedish political representatives, before and after a quote was introduced by the Social Democratic Party.

The study found that the average competence of male politicians increased most in the places where the quota had a larger impact. The findings can also be applied to workplaces, the researchers said.

On average, a 10 percentage point increase in female representation raised the proportion of competent men by 3 percentage points. The researchers observed little discernible effect on the competence of women.

Other studies have shown similar results, with diversity quotes and hiring programs increasing the overall quality of the candidate pool, with less qualified male (white, straight, etc) candidates no longer able to compete with top applicants. Not only is that good for organizations who are finally seeing the full spectrum of talent they could be working with and reaping the benefits of a diverse workforce with fresh ideas, but it’s good for the given discipline as well.

Fixing structural imbalances within professions helps make room for professionals who were being squeezed out by institutional, unconscious or outright bias – and in doing so it encourages those of us with more privilege to do better.

Mediocre candidates who have a harder time competing for great roles aren’t being hurt by diversity programs, they’re hurting themselves and their colleagues, by staying sub par.